by Geoff Roberts The 2016 Mr. Olympia is now only three months away and as the show creeps closer and closer, it seems as if the excitement is 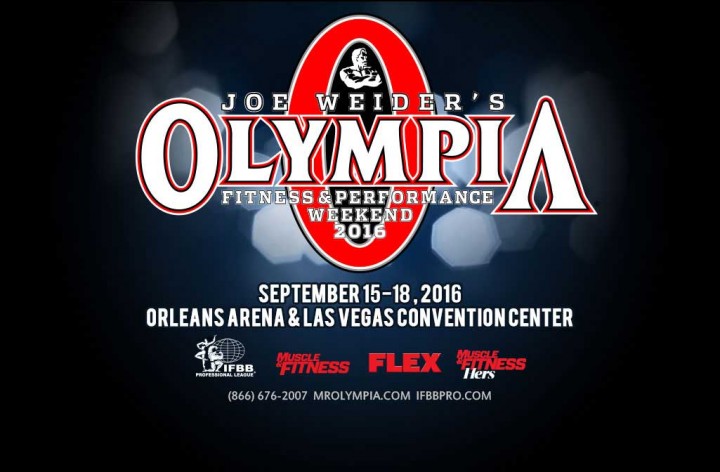 The 2016 Mr. Olympia is now only three months away and as the show creeps closer and closer, it seems as if the excitement is growing by the day. Excitement leading into bodybuilding’s most prestigious show has been seriously lacking for the last five or six years. The 2013 Olympia was heavily anticipated, but at the end of the day, it was really just the same old thing. Up until this point, nobody truly believed that Phil would be defeated. Any person who thought that Kai was going to beat Phil at the Olympia was simply delusional, especially after Kai came into the 2012 Olympia showing close to his best look ever, yet was still handily defeated by a sub-par Phil Heath. Whether you agree with the decision or not, Kai was never really even close to taking out Phil. After giving lackluster performances in the last two Mr. Olympias, Kevin Levrone’s legendary comeback in full swing, and the emergence of Cedric McMillan, Dallas McCarver, and Big Ramy, Phil is no longer a runaway favorite to win the show. On that same token, as I have said before, the top group at the Mr. Olympia has seen very little change over the last eight years or so. However, this year is shaping up to be quite different, thank God.

The official announcement of Kevin Levrone’s comeback is far and away the biggest story in bodybuilding right now. In fact, this shocking announcement is one of the biggest stories in the entire history of the sport, largely due to the fact that Kevin is a legendary bodybuilder with a massive fan base, who has been retired for well over a decade. Kevin has placed second at the Mr. Olympia on four separate occasions, and many people feel that he was the rightful winner of at least one of those Olympia contests. However, Kevin has not stepped onstage since 2003, thirteen years ago, and he will be 52 years old by the time the 2016 Mr. Olympia rolls around. With these facts in mind, along with the realization that historically, nearly all comebacks do not end well, no matter what the sport is, it is clear that the odds are stacked very heavily against Kevin. Can Kevin’s legendary status in bodybuilding, along with his otherworldly genetic gifts overtake these seemingly overwhelming odds?

Another advantage that Kevin has is the fact that there are a couple things that make him much different than any other former bodybuilding great who is 52 years old. The first being that Kevin rarely trained and ate like a bodybuilder all year long in his heyday. Levrone would take months off at a time, allowing his body to rest completely. What this means is that Kevin’s body is really not as old as one would imagine, due to the fact that he spent much of his heyday resting. The second advantage Kevin has over nearly any other former bodybuilder his age are his exceptional genetic gifts. No professional bodybuilder in history was able to transform his physique with the same speed and efficiency as Kevin, with the possible exception of the great Flex Wheeler. Kevin would routinely start his contest prep a mere four months out at a good thirty pounds below his contest weight and not exactly shredded. To my knowledge, no other professional bodybuilder in history has ever successfully utilized this stop-training-then-get-small-and-soft-in-the-off-season tactic. Speaking of genetic gifts, if Kevin does in fact show up at the Olympia good enough to finish in the top five, he would instantly have to be considered the undisputed heavyweight champion of genetic gifts. The title of “best genetics ever” would clearly be his at that point. Make no mistake, Kevin’s comeback is far and away the most excitement story leading into this years Olympia.

The lineup itself, which now includes Kevin of course, is also very exciting this year, especially in comparison to recent years past. In the last seven years, with the exception of Jay Cutler retiring, and the emergence of Shawn Rhoden, the top five at the Olympia has remained entirely unchanged. In 2009, the top five at the Mr. Olympia was Jay Cutler, Branch Warren, Dexter Jackson, Kai Greene, and Phil Heath. This was the year of Dennis Wolf’s Olympia fluke, where he placed outside of the top ten. However, Dennis was fifth in 2007, fourth in 2008, and fifth again in 2010. This means that four out of the top five bodybuilders in 2009, were still in the top five seven years later in 2015. Like mentioned earlier, the only real differences are Shawn Rhoden and Jay Cutler. If Dennis Wolf manages to place in the top five this year, it will be his tenth year as a top five guy, and if Dexter Jackson does the same, he will be on his fifteenth year of finishing amongst the top five bodybuilders in the world. You heard right, fifteen years. Dexter placed fourth at the 2002 Mr. Olympia.

By comparison, the 1990’s saw far more changes in the top five over a similar time frame, and as you will see, so did the 1980’s and the 2000’s. For example, from 1991 to 1999, which is eight years, only one competitor made the top five at both of those shows. Not surprisingly, it was in fact Shawn Ray, the 1990’s own version of Dexter Jackson. Even more telling is the contrast between the 1982 Mr. Olympia top five and the 1990 Mr. Olympia. Which again, were eight years apart. These two top fives share no competitors in common at all. Just to ensure that this dead horse which I continue to beat is thoroughly mutilated, I will mention one more eight year time frame in bodybuilding history where the Mr. Olympia top five did not share one single competitor from one end to the other. The 2000 Mr. Olympia top five shared zero competitors with the 2008 Olympia, not one.

I have a strong inkling that this year will be very different. This all too coming top group of Phil, Kai, Dennis, Dexter and Branch, who always find a way to make their way into the top six, will become a thing of a past this September. Kai is out, so he will not be in there. Dennis is coming off what sounds like a bad injury, not to mention age is seeming to catch up to him as it is, so I do not see him making his way into the top six this year, and I don’t think anyone in their right mind believes Branch will place in the top six. Phil Heath and Dexter Jackson will be the only competitors in the top six who have been there for over five years. Big Ramy and Shawn Rhoden will remain in that elusive top six, but that means there is now room for two bodybuilders to make it into the top six for the very first time. I would love to see these two men be Cedric McMillan and Kevin Levrone, but there are several other names who could realistically find themselves in the top six as well.

Having the top six comprised of a different group of guys is great and all, but the real hype leading into the Olympia is whether or not Phil can win his sixth Sandow trophy and if not, who will finally defeat him? Chris Aceto, who is one of the most iconic bodybuilding trainers in the entire world, has not helped a Mr. Olympia winner since Jay Cutler, but that may very well change at the 2016 rendition. Chris is working with Cedric McMillan, Shawn Rhoden, and Big Ramy this year. All three of these guys are bigger, taller, and wider than Phil. Not only that, but all three of them also have better shape than Phil as well. If the first call out is in fact Phil Heath, Cedric McMillan, Big Ramy, and Shawn Rhoden, it does not bode well for Phil Heath. At 5’9” and 245 pounds, Phil will be the odd man out standing next to this group of three guys who average a height and weight of about 5’11” and 280 pounds. If Phil is not at his absolute best, it is hard to imagine him defeating all three of these larger opponents.

As mentioned above, these three guys are not Phil’s only competition. Dexter Jackson was a fairly close second to Phil last year and is coming into this Olympia as the New York Pro champion. Dallas McCarver is another guy to watch out for. This kid is absolutely massive, has good shape, and gets into great condition. Just like in the case of Shawn, Cedric, and Ramy, Dallas also has better shape than Phil, while at the same time being bigger and taller. With a little more work, a 100% Dallas McCarver will be too much for Phil to handle. It is not unlikely that 2016 will be a major turning point in professional bodybuilding as it pertains to the Mr. Olympia. This year will see the emergence of several new Olympia threat bodybuilders and make it very clear just how many Sandows Phil Heath can and will win.