10 Most Genetically Gifted Bodybuilders in History 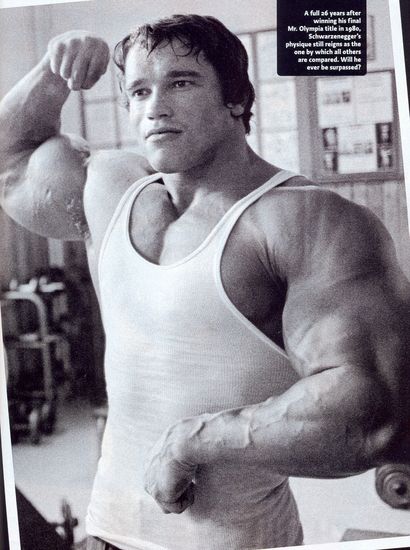 In order to understand the importance of genetics, it may be useful to ask yourself this question. If you had to train an athlete for a show and he or she could have a great diet, great training style and intensity, great drug regimen, or great genetics, which factor would you choose to be “great”, assuming you could only choose one? It is certainly possible to become a professional bodybuilder with lackluster genetics, though the road will be a long, difficult, and potentially dangerous one, failing to ever lead you to the Mr. Olympia top ten. Genetic makeup is the only factor that absolutely prevents one from making it to the bodybuilding elite all on its own, regardless of how well all other aspects are executed. Genetics in abundance however, will override almost all other factors in the search for an elusive IFBB professional card. A man with truly spectacular genetics could certainly become a professional bodybuilder with a mediocre diet, training, and drug plan. Another question one can ask him or herself is the hypothetical situation of a lazy Big Ramy competing against a bound and determined ecto-endo body type man of poor genetics. Could Ramy beat a man with “bad” genetics even if his diet, drugs, and training were all only running at 50 percent, while this genetically cursed man is knocking all three of these other factors out of the park? The simple fact that this even has to be contemplated represents the vast power of genetics.

So who had or has the most extreme genetic gifts in bodybuilding history? Forming a numbered list is nearly impossible, due to the fact that “great genetics” can mean several different things. How easily a person burns fat or does not gain fat in the first place, how easily it is for a person to build muscle, longevity, and structure, are all invaluable aspects of bodybuilding that a person’s genetics can alter significantly. This top ten list is simply my opinion, and is based on how important I feel these different physical attributes are in comparison to the others. Did I leave anyone out that deserves a spot amongst the top ten? Would you change anything about the list? 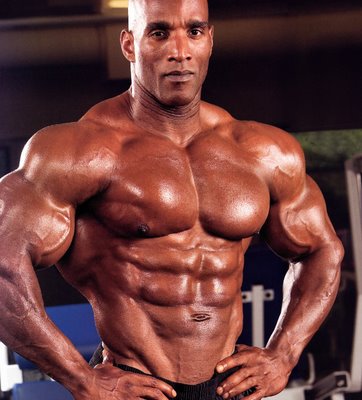 This is a name that many people would probably leave off their list of athletes with the most gifted genetics, due to Darrem’s lack of bodybuilding success in comparison to the other athletes on this list, but I think that’s a mistake. Based on Darrem’s look, and the fact that he became a professional bodybuilder without the use of drugs, it’s safe to say that the only reason Darrem failed to win the Arnold Classic, or place top three at the Olympia, was his refusal to use high amounts of drugs. Not only did Darrem turn pro naturally, but he was able to avoid cardio his entire career, and continues to look like a ripped, freaky bodybuilder with perfect skin, even into his late 40s. 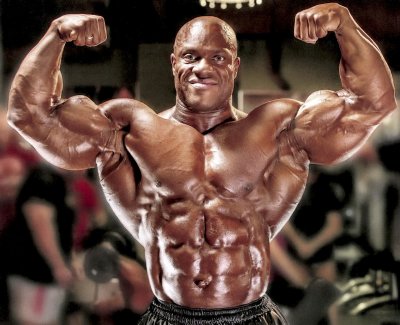 Despite the fact that Phil’s nickname is The Gift, I personally feel that the severity of his genetic gifts are a bit overrated. While Phil certainly possesses otherworldly muscle shape and roundness, along with an uncanny ability to build muscle, he comes up short in regards to his structure and metabolism. Everyone knows that Phil was cursed with narrow clavicles, and regardless of what some fans may think, Phil has to diet very hard order to achieve contest condition, unlike many of the other bodybuilders on this list. 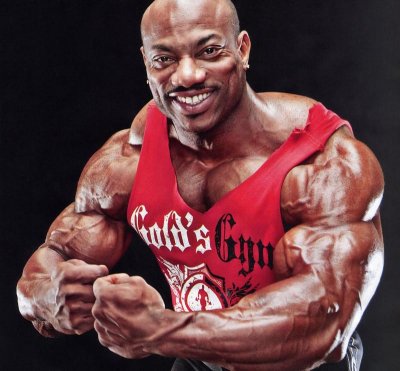 What can you say about The Blade? Dexter is the undisputed king of two very impressive bodybuilding achievements. These achievements being, the most consistent bodybuilder of all time, as well as the most successful 45 year old bodybuilder in history. Not only that, but Dexter started his bodybuilding career as a bantam weight, which means he has literally gained over 100 pounds of muscle in his career. As far as Dexter’s metabolism is concerned, The Blade hit the jackpot there as well. Dexter, much like Darrem, avoided cardio and ab work for the majority of his career, and openly admits eating junk food on his diet. 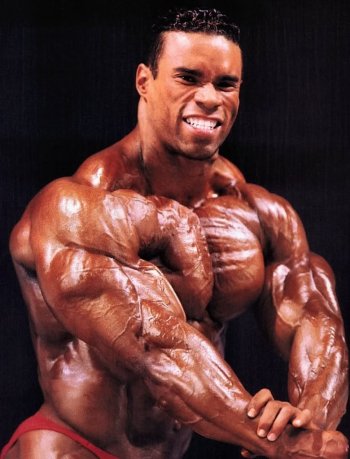 I’m sure some people will disagree with Kevin being this high on the list, and for good reason. However, despite getting very small in the off season, only to blow up 40 pounds for a contest, while simultaneously getting leaner, there are really no other glaring signs of mutant genetics. Kevin trained like an absolute beast, and one could make the argument that taking all that time off allowed his body to stay fresh and healthy, which would in turn result in better results, as it pertains to bodybuilding. Kevin loves to tempt us with a comeback at 50 years old. If he can successfully make a comeback and go toe to toe with the best in the world at his age, I would definitely have to change his place on this list. 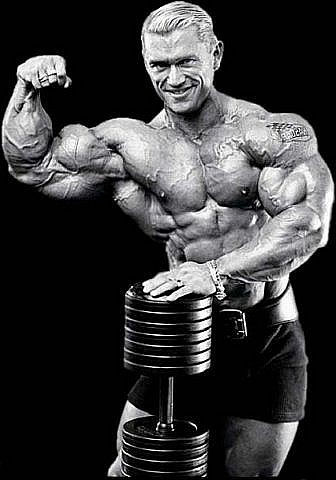 The owner of the greatest arms of all time belongs in any discussion of genetics. The Blonde Myth was arguably the greatest teen bodybuilder of all time, displaying a physique at a mere 17 years old that most guys could not attain in a lifetime. Assuming the drug amounts Lee claims are true, which I fully believe they are, it all but certainly makes Lee the lightest drug user to ever place in the top 8 at the Olympia several times over, in the last two decades or longer. There may be no greater example of a man being born to be a bodybuilder than Lee Priest. 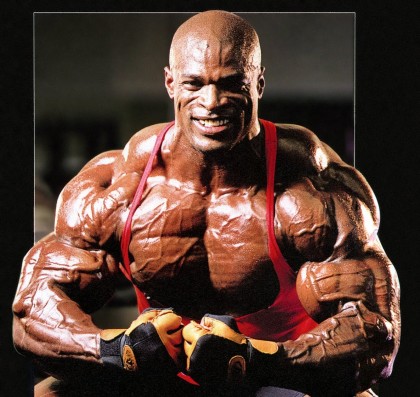 As the most dominant bodybuilder of all time, The Big Nasty could easily also be considered the most genetically gifted bodybuilder of all time. The only problems I have with this are how hard Ronnie worked to get what he had, and how long it took him to really hit his stride as a top bodybuilder. Ronnie received his fair share of “did not place” finishes before he finally began to climb the ranks, and no bodybuilder worked harder than Big Ron. When it comes to the actions required to be a successful bodybuilder, Ronnie was more like a robot than he was a man, and if strength was a factor in this genetic discussion, I would probably have to put The Big Nasty in the number one spot. 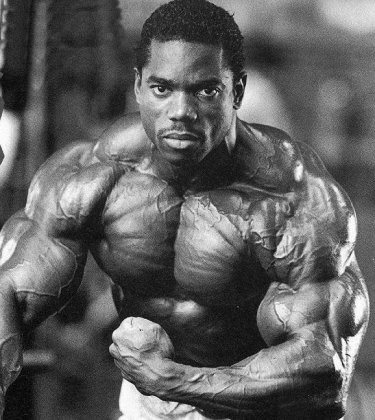 My comments about Flex Wheeler’s genetics are virtually a carbon copy of what I already said about Phil Heath. The one big difference being the amount of work that was required to bring these gifts to life. Countless bodybuilders over the years have stated that Flex was lazy in the gym, and made a habit of cheating on his diet. Not only that, but several bodybuilding legends, such as Milos Sarcev and Chad Nichols, have told tales of Flex Wheeler transforming in front of their eyes with a level of speed and efficiency that seemed more like magic than superior genetics. 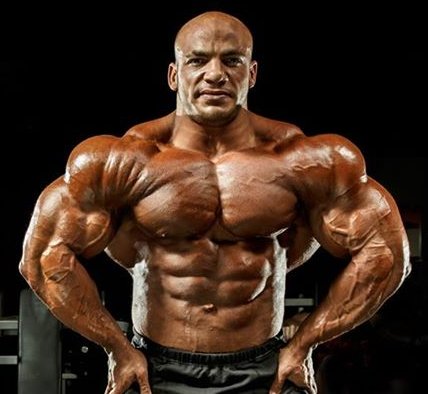 One look at Big Ramy and it instantly becomes obvious as to why he is third on my list. Ramy’s size and proportions confirms his genetic superiority without knowing anything else about the man. Not only is Ramy 5’10” and 300 pounds in contest condition, but he built most of that size in less than four years. This extraordinary degree of muscle growth has caused some to hypothesize that Ramy is actually the result of some kind of extreme drug experiment. In other words, his gains in muscle mass are impossible to explain in a logical manner. The only weakness Ramy has is an inability to reach the flawless conditioning that is required to win the Mr. Olympia. Every other bodybuilder alive better pray that Ramy never overcomes this one weakness, because if he does, nobody will even be close to him. 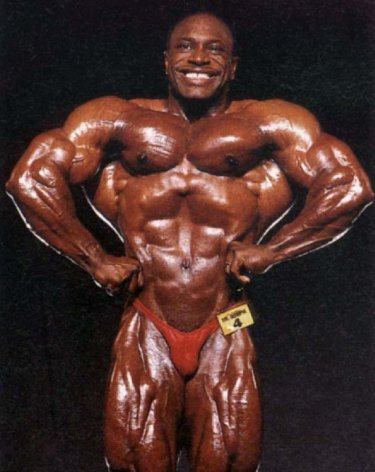 People seem to forget that Lee Haney was able to win the Mr. Olympia a record eight times by the time he was in his early 30s. It takes most genetically gifted men until that age just to build a pro caliber physique. Much like the case of Flex Wheeler, it is said that Lee Haney was able to get away with some actions that us mortals would never be able to. Lee was often seen eating foods such as ice cream very close to contests, and let’s not forget his famous saying: “stimulate, don’t annihilate”. In order to use a training philosophy that essentially says “don’t train too hard” and still be the best bodybuilder on earth for eight years in a row, takes some pretty elite genetics. 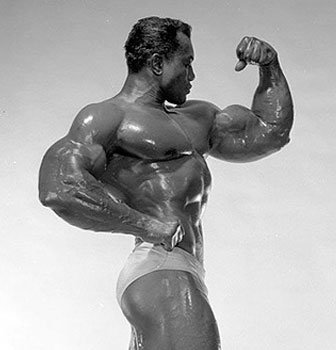 The Myth was, well, The Myth. Sergio may have been more ahead of his time in his given sport than any other athlete in the history of sports. It’s easy to forget what Sergio looked like, and just assume that he couldn’t have been that impressive, because he competed in the 1960s. One google search, or a quick discussion with somebody who saw Sergio compete in person, will hammer home the age old lesson that you should not assume. Sergio was every bit as impressive as today’s pros in all aspects besides condition. Sergio was so ahead of his time, that if you were to take him from his heyday and place him into the 2016 Mr. Olympia some 50 years later, with the same condition as Phil Heath, he would be right in the mix. While Sergio trained extremely hard, he never dieted at all. You heard right, never. Sergio ate what he wanted, when he wanted, no matter how close he may have been to a contest. It will be interesting to watch his son grow and improve in the pro ranks. If he inherited even half of his dad’s genetics, the entire IFBB is in serious trouble.