“You Look Disgusting” – Bodybuilding vs Sports 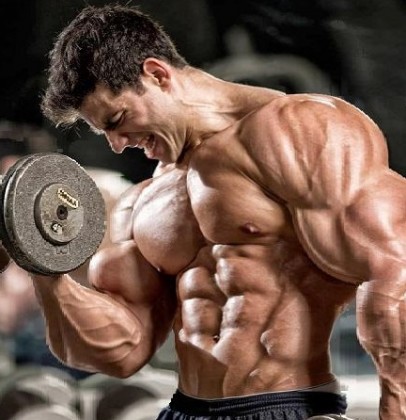 When it comes to high level athletics or physical art of most kinds, there is a general appreciation for the pursuit and an understanding that although it may be strange or bizarre to the person witnessing it, there is a high degree of difficulty involved in excelling at it. Not everyone wants to master the pommel horse, but someone growing up practicing an olympic sport is going to be met with very little criticism no matter how weird it might be when analyzed objectively.

Let’s face it – Most sports are weird. If we weren’t raised to appreciate them and surrounded by them in our everyday culture perhaps we could see them as they are; Humans doing weird things with other humans or against themselves simply for the reason that they are hard to do. And all it really comes down to is trying to be better at something than everyone else, even if that involves dressing up in goofy outfits and throwing inflatable balls around with other grown men. Athletes dedicate their entire being to shaving a few milliseconds of time off a certain drill or increasing their capacity to perform tasks that have zero place in natural behaviour.

For the record I am not trying to convince anyone that sports are silly or a waste of time. My point is that ANY athletic or human performance competition can be reduced to something pretty ridiculous with the right terms and viewed through an objective lens. However, the majority of athletes (I use the term to describe anyone in competition, if you want to argue some are not technically athletes that is besides the point) are encouraged and applauded throughout their career while people seem to have zero problem telling a bodybuilder that they think it’s stupid or silly, or rooted in some form of mental condition. I’m not arguing that those statements are untrue…but is it really that sane to spend your entire life trying to be the best Ski Jumper and launch yourself through the sky with little blades under your feet against others and hope you land a little bit further away from the platform you launched off of than they do?

We often hear that Bodybuilding is all about ego and bodybuilders are narcissistic. Has anyone spent time in the locker rooms of elite football players before a game? I can assure you that their egos have a huge part of preparing for such an intense experience. We openly accept them dancing in the end zone and staring their opponents down after they make a play yet anyone who wants to build a nice physique and spend time critiquing it is an egomaniac.

What causes the disconnect between physique sports and normal sports? The most obvious answer is the human body and the image issues associated with it. Most people who watch the NBA aren’t basketball players. Seeing a star athlete leap over his competition and dunk a ball does not (at least often) cause the witness to compare themselves to that person and feel bad about their own dunking skills – Because they have nothing of themselves invested in Basketball abilities. Almost everyone is at least somewhat conscious of their own physical appearance and they cannot help but see someone achieve a high level of development in their physique and subconsciously turn it inward.

Self defense mechanisms kick in and people lash out. Unfortunately they forget that it is an actual human being on the other end of it and feel that it’s okay to tell someone who looks good that they are gross to them, yet they would never tell someone who looks bad that they find their appearance off-putting. If Bodybuilding is built out of insecurity than I believe the same can be applied to other physical competitions. A fear of failure and a fear of inadequacy are what drives most people who excel at their craft. We can color it in a prettier light by calling it a “desire to be the best”, but is that not in turn a disdain for being worse than somebody else? We rarely look at it that way. One sounds noble while the other sounds insecure yet they are one in the same.

Until the world gets over it’s body issues, Bodybuilders will always be the punching bag for the unhappy masses. It’s very hard for most people to make the connection that a bodybuilder views his biceps the same way a quarterback views his arm or a basketball player approaches his 3 point game. And even though to you they might look fantastic and give the impression that they are in love with themselves, they are probably beating themselves up about not being where they want to be.