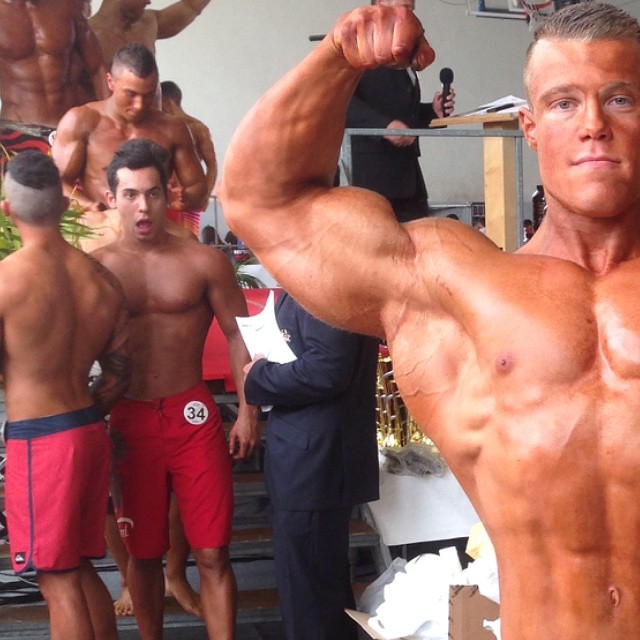 In every society, culture, and sport, change and progress over time is inevitable. In addition, there are always outside factors from the society which will make an impact over time.
Change is normal, however, it’s just a matter of degree and what directions we allow or not. When a sport – in our case bodybuilding – transforms over the decades, it’s more or less controlled by the human hand and mind. As I see it there are two primary approaches in this context. First off, a liberal way of approaching the new influences, which means a little bit of interference of the occurring transformation while, the second way, the conservative approach, focuses more on preserving what was once created which also is the red thread through this article and the key to keeping real bodybuilding alive.

In addition to the development of the bodybuilding world, we are seeing new influences such as the more mainstream look that is getting more attention, and the new division of Men’s Physique which is taking place more and more. While it is important to realize that some degree of progress is necessary to keep a sport or culture competitive and vital, the new mainstream look and it’s competitive form, Men’s Physique, has created a consequence of fewer and fewer hard-working bodybuilders getting supplement contracts than before. Men’s Physique is winning ground while Men’s Bodybuilding is losing its former focus and prime importance to the newcomers to the sport.

As an example of how Men’s Physique is influencing the gym world, I can tell you that for the first time in hundreds of years of gym training, small legs are becoming accepted. Symmetry is no longer so important. I have seen a lot of guys who show no shame in being asymmetrical! In other words, no one seems to really care anymore! A great upper body is enough these days, because if you are walking the beach or competing, the shorts will always be able to hide your weaknesses and laziness. This new concept is clearly a side effect of the more so-called pleasing Instagramian body types which are seemingly taking over the gym world.

I think that MP can exist as a division because of its popularity, however I would prefer that it would include some classical bodybuilding poses to make the contestant really present their physiques. Comparing the physiques through bodybuilding poses would make MP more of a muscular competitive and less like a runway model’s pageant.

What I don’t like though is when MP guys get promoted rather than bodybuilders. And don’t try to make parallels between a Men’s Physique guy and Frank Zane when there already new bodybuilders who compare favorably with Zane, especially if we look globally. I’m quite sure that bodybuilding competitors like Canada’s Regan Grimes, Christopher Bumstead, IFBB Pros Zane Watson, Cody Montgomery, or the Frenchman on the rise, Florian Poirson all fit the Zane mold more appropriately than any MP competitor. These guys are both better looking and would smoke him both from a muscular standpoint and an aesthetic one within minutes of stepping on stage.

This MP trend has also a lot to do with media having the ability to make a change and be more conservative when it comes to promoting Men’s Physique. I’d say keep it, but don’t let it steal the prime time from bodybuilding because that would be degrading for the whole community. Refocus on the real bodybuilders instead of the men in boardshorts; don’t mix things up. Focus more on bodybuilders instead!

Sure, some of these MP guys seem to have charisma and some motivate people to train. Because of this they deserve to be in the industry as they are positive role models. But they do not deserve to take the place of real bodybuilders who got so many of us into this sport and culture in the first place!

We should not forget our roots and because of this it is important to have a conservative and not a too liberal approach to the sport and our passion. It is also important to understand that we as fans, competitors, and the media, circle around the fitness industry and have a large capacity of still making bodybuilding number one in the fitness industry by prioritizing it over uprising divisions such as Men’s Physique.

It is not about moving backwards, it’s about being necessarily conservative to actually make physique sports survive as a strong culture and actual sport into the future. And to me, Frank Zane will always be a bodybuilder no matter what decade we are talking about and never a guy in neon surfer shorts and slicked back hair.