Why Do Bodybuilders Hate Crossfit So Much? 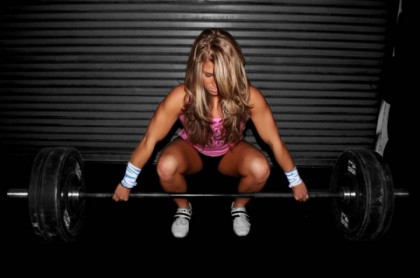 There are a few words or phrases that can make most bodybuilders sick to their stomach; Cardio, tilapia, jogging, asparagus, pretty much any exercise other than lifting, and the list goes on. One that has entered our vocabulary only in recent years but elicits possibly the fiercest reaction of all is the “C” word. No, not that word that will make your girlfriend ignore you for 6 days and throw your clothes in the garbage.

It can cause such ferocious reactions that you would think you are witnessing a religious debate between extremists. I am not here to join in the Crossfit bashing fun, but instead I want to look at why bodybuilders seem to hate them so much. While powerlifters and bodybuilders don’t always mix, there is a general sense of appreciation amongst the majority of each, or at least a coexistence as many share sponsors. Crossfitters lift weights and use some of the same exercises that bodybuilders and powerlifters do, yet they may as well be beach volleyball players to the other groups.

First of all, I think the main sense of resentment comes from the fact Crossfitters generally have little respect for bodybuilding. It’s very common to hear crossfitters or other athletes talk about how bodybuilding is stupid because you become less athletic and muscle bound. The main reason this whole way of thinking is stupid is that they tend to think bodybuilders don’t understand that. I have no desire to jump over bars and climb shit. None of my bodybuilder friends are interested in leaping from boxes and doing cleans. I don’t care if I can go 3 rounds in a boxing ring with someone. I’m flexible enough to defend myself and strong enough to make it count, but I don’t rank having the ability to escape zombies or throw high kicks very high on my list of relevant priorities. While the “other side” thinks it’s stupid because it’s not functional, I think it’s awesome because I love how it looks and it’s a form of expression. It’s using sport to create art. I don’t really feel that it’s entirely functional to do deadlifts as fast as you can as I have never had a gun to my head and been told to do so. To each their own.

Secondly, I believe a lot of the judgement towards crossfit comes from the fact that it teaches the opposite of what is taught in bodybuilding. When it comes to building muscle the mantra is always form, form, form. Bodybuilders use techniques to increase time under tension and create the most amount of stimulus possible on the muscle, and the least amount possible on the joints and connective tissue. To make an exercise more effective for building muscle, we want our body to be as inefficient as possible. We want to make exercises more difficult to perform so that we can achieve greater growth from less weight (of course the weights will increase).

Crossfit gives a big old middle finger to that entire concept and says “screw you, I’m going to do this shit fast and deadly”. Good form in crossfit is whatever form allows you to perform the exercise fastest or for most reps (or whatever they hell they choose to do that day). This hurts the soul of a bodybuilder, to whom the intricacies of how to perform each lift are sacred. This means that someone might be able to do 20 “pull-ups”….but if you have seen a crossfit pull-up, you know they are not the same thing. So who is right, and who is wrong? Is a pull-up simply any movement that allows you to pull yourself up to a greater height? Or can you not claim to be able to do a pull-up if you are not using the targeted muscles to actually perform the exercise? Two conflicting schools of thought, never to come to agreement. One thing that no one can deny is that crossfit is very high risk, and unfortunately a lot of inexperienced lifters get into it and never learn the proper basics before jumping into the madness and ultimately piling up a gnarly injury list.

It’s hard to argue against anything that helps people get in shape and it certainly has a lot more in common with bodybuilding that skateboarding or water polo, but will it ever be accepted as a legit iron sport by the old guard or is it destined to be mainstream fitness for the masses?