Why Bodybuilding Is The Greatest Sport 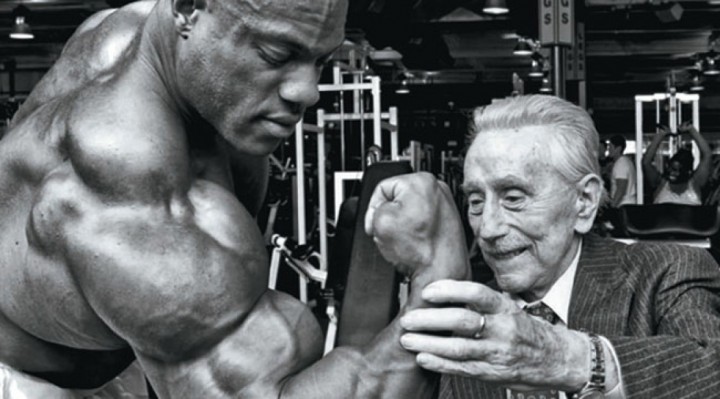 Roughly half a decade ago I made a habit of watching a television show on The Discovery Channel which featured elite athletes from all different sports, who were pitted against each other in obscure tasks. Unfortunately, the name of this television show has escaped me. These athletes, which included a motocross racer, a boxer, a quarterback, a strongman/bodybuilder, a runner, and a couple others, were sent around the world to none Americanized, secluded tribes and colonies to partake in their native “sports” or “games”. Before the games would begin, these American athletes would meet the tribes people, interact with them, and discuss the events. The first order of business was for the tribe leaders to analyze the American athletes, give their first impressions and discuss them among one another.

The reason I bring this up is the reaction these people had to the bodybuilder/strongman athlete, who was probably around 5’11” and a lean 260 pounds. These people, many of whom probably had never seen a car or television in their lives, were absolutely enthralled by the mere image of this man standing before them. It was not uncommon for the tribe leaders to go directly to this guy, ignoring all of the other athletes, and start touching his arms and shoulders, excitedly discussing what they were seeing in their native language. Beyond this superficial intrigue, they would also ask him to lift logs and large rocks for their entertainment and to see just what he was capable of. The positive reaction to this impressive physique did not stop there. Some groups of people, or “tribes” if you would, would give him his own hut, while the other athletes had to share one, extra or special food, assume he was part man part God, ask him to do things for them, or even give him women! All the while, they more or less treated the other athletes just like any other outsider who would be visiting. They could care less about these “normal” looking athletes specific talents.

The point here is that bodybuilding is recognized, and usually appreciated, worldwide and may be the only sport on earth that can claim this status, yet it is not televised, and not even enters the thoughts of 99% of die hard sports fans. Football is the most popular and lucrative sport in America, despite the fact that 80% of the world has no idea how football works and would be completely confused and unimpressed if they were to watch it. Sports fans like to mock bodybuilding, say it is all drugs, and that it is not even a sport. In response I like to ask what they think would happen if you had Phil Heath, Big Ramy, Antonio Brown and Tom Brady all go to a “seminar” where the audience was non American people from all corners of our planet and see which men get more questions and/or attention. The majority of the planet could absolutely care less about how Tom throws a football and leads a football team, or how Antonio runs and catches the ball, whereas nobody on the planet would see Phil or Ramy and “not care” about what he does. The human body looking so impressive and powerful is unavoidably intriguing no matter who you are or where you are from.

This begs the question, why is bodybuilding so despised and unpopular in our country while football is more powerful than religion in this country? I do not have a good answer, but one thing is certain, something outside of the sport itself makes these two sports so drastically different in popularity in America. It may be the media, advertising/marketing, or simply wanting to fit in and be like everyone else, talking about football with the guys, going to superbowl parties, and getting foolishly upset when your “team”(which has no bearing on you or your life in any way whatsoever) loses. This extreme need to follow football religiously and invest deep emotions into it even when you have never held a football in your life, to me, is one of the greatest mysteries I can think of. So strange in fact, that I would not dismiss subliminal messages put out by the media and ad companies being responsible for this cult following of a sport that the majority of the world would think is downright silly and confusing.

Think about this. How many people in America are attempting to be a better football player day to day compared to people who are trying to improve their bodies by going to the gym and eating better? The latter probably accounts for half or more of all adults in our country and these people are essentially bodybuilding. The small chunk of individuals who are attempting to become a better football player is like a small pond in comparison to the ocean that is the number of people trying to improve their bodies. Not to mention, many NFL players are trained by bodybuilders or top bodybuilding trainers and all of the exercises they perform to make them better at their craft, they can thank early bodybuilders for. This can be said for all other physical sports in the world as well.

It is clear that bodybuilding is being inappropriately held down by various factors. First and foremost are the steroid lies, mainly coming from, once again, the media. The idea that steroids are black magic, making you a star athlete or jacked bodybuilder with little work, while simultaneously turning you into a deranged serial killer as they shorten your life by 30 years, is what most American sheep unfortunately believe to be true. Equally important is the fact that these same people, by and large, have been convinced that their favorite football star is drug free. Keep dreaming bud. There are other factors contributing to bodybuilding’s lack of popularity, such as the boring fashion in which the competitions take place, and the subjective judging. However, all reasons pale in comparison to the media shepherd teaching all the American sheep that bodybuilders are dangerous, drug addicted, self centered, freaks.

The reason that mainstream information sources seek to make bodybuilding obsolete is foggy at best. It may be that bodybuilders often know far more about nutrition then doctors and or “nutritionists”, causing them to wield the power of healing, a title held tightly in our society by the uber corrupt pharmaceutical industry. As I have said before, mainstream media outlets are balls deep in the pharmaceutical industry. Whatever the reason may be, do yourself a favor and stop getting information from the worst source on the planet, get to know a real bodybuilder, learn from them, and watch your health, physique, and general outlook substantially improve in a positive manner.