When Will Bodybuilding Be Exciting Again? 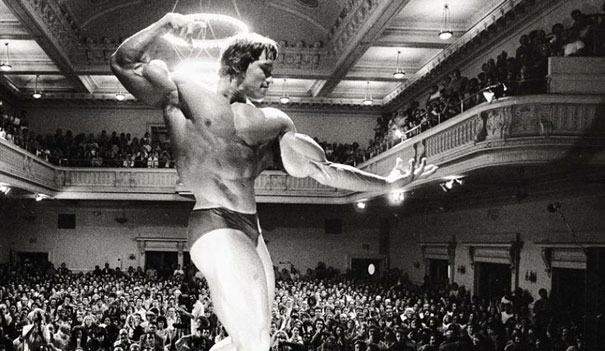 Joe Weider’s Mr. Olympia competition has seen countless ups and downs in regards to the shows level of excitement, as well as its degree of pre-show anticipation. The Mr. Olympia, from year to year, not unlike any other sports championship of sorts, is subject to rapid changes in levels of competition, ability to invoke fan interest, witnessing new or unheralded feats, or the birth of new superstars. Some years will see all of these possibilities come to pass at once, while other years will come and go providing no memorable moments at all. Few sports represent how varying these excitement inducing possibilities are year to year as good as bodybuilding. Since the 1998 Olympia, which may have been the most exciting of all time, our championship has had massive highs and lows in terms of anticipation and interest.

The 1998 Olympia was highly anticipated due to the fact that the reigning champ, Dorian Yates, had retired the year before, eliminating his overwhelming presence and physique from the stage. With Dorian out of the contest, the show could realistically be won by at least five different men. These men being Flex Wheeler, Ronnie Coleman, Kevin Levrone, Shawn Ray, and Nasser El Sonbaty. Flex, Shawn and Kevin were all coming into this show having already placed second at the Olympia in the not so distant past. Nasser was a very close runner-up to Dorian a year prior in 1997, making him a very serious contender. Ronnie, who placed ninth in 1997, was making improvements like wildfire, besting Kevin Levrone earlier in the year. A number one contender list this extensive is so rare that there has only been one year since 1998 that had this many potential winners entering the show. More on that later. When all was said and done, not only did the 1998 show have well deserved chart busting anticipation, it also unveiled the beginning of the greatest bodybuilding career in the sports history. The impossible career of Ronnie Coleman. In fact, Ronnie, at 245 pounds, was so good that he caused the 1999 and 2000 Olympias to be “lows”, with little anticipation or excitement. Ronnie was heavily favored both years, and he delivered with flying colors.

Luckily for bodybuilding fans, the 2001 Olympia, although falling far short of the excitement invoked by the 1998 rendition, provided us with a historic bodybuilding battle, as well as the birth of one of the greatest bodybuilders of all time, Jay Cutler. Not only is Jay one of the best of all time from a competitive standpoint, he also may be the most popular bodybuilder of all time not sporting the name Arnold or Lou. A young Jay Cutler pushed Ronnie to his breaking point in 2001, leaving many with the opinion that Jay was the rightful winner. This sentiment catapulted Jay into the position of “peoples champ”, a title that would garner him more fans than any other bodybuilder since and allow him to be financially successful beyond what is normally expected of a professional bodybuilder. The initial Jay Cutler excitement was short lived, as Jay skipped the Olympia in 2002, allowing Ronnie to easily win yet another Sandow trophy, only to come back in 2003 and get handily defeated by the most impressive physique of all time, a 287 pound, shredded to the bone Ronnie. 2004 and 2005 saw more of the same, with Ronnie winning two more times. While Jay was getting closer, few people thought that Jay had a realistic chance of winning.

Some bodybuilding fans might argue that the 2006 Olympia was one of the most exciting of all time, due to the fact that the seemingly invincible Ronnie Coleman had finally been defeated, but I disagree. First and foremost, the show was not heavily anticipated at all, as nine out of ten fans and or industry insiders were of the belief that Ronnie would win, and for good reason. Ronnie had won the last eight straight Olympias with, for all intents and purposes, little challenge from his competitors. While Jay Cutler won the show in a very deserving manner, he was not at his best, and most fans will proceed to scratch their head if asked who placed third in 2006. For these reasons, I am of the opinion that even 2006 was a “low” year. The lows continued in 2007 and 2008, with a terribly off Jay winning in 2007, and a sub 230 pound Dexter Jackson winning in 2008, stretching the low streak to seven long, some would say boring, years. This streak would end abruptly in 2009, thank God, with the astronomic level of anticipation leading up to the 2009 Olympia. The lead-up to this show was, in my opinion, easily the most intriguing we have seen since 1998.

Remember the five deep number one contender list in 1998? That historic list was bested in 2009 with the show being a possible victim of Kai Greene, Dennis Wolf, Dexter Jackson, Victor Martinez, Jay Cutler, or Phil Health. Kai came into the show as the two time Arnold Classic champion, with a physique which garnered comparisons to Ronnie Coleman. Dennis Wolf placed fifth in 2007 to a chorus of boos, then moved up only one spot to fourth in 2008 due to some miscalculations in his last couple weeks of prep. Yet again, the fans thought he should have placed higher. Phil Heath, who was making otherworldly improvements from show to show at this time, took a strong third place finish at the 2008 Olympia, strong enough to be controversial in fact. Phil received another controversial placing at the 2009 Arnold Classic, finishing second behind Kai, despite the overwhelming majority of fans and experts feeling that Phil was the rightful winner. Dexter was not only the returning champ, but he was taking the entire year off to make improvements, a tactic he had not had the luxury of using in many years. Jay Cutler, the winner of the last two Olympias leading up to 2008, was coming back with vengeance to reclaim his title. Victor Martinez, who came as close to winning the Olympia in 2007 as possible, but was forced to skip the show in 2008 due to an injury, was finally back 100% in 2009 and was ready to claim the Sandow trophy that was taken from him in 2007. The results of the 2009 Olympia enhanced the excitement of the show even further. Jay Cutler shocked the bodybuilding world, displaying arguably his best look ever, decimating the field, while Branch Warren finished second, providing us with potentially the greatest surprise in Olympia history.

Unfortunately, we now find ourselves in another low spell of sorts. Everyone knew Jay would win the show in 2010 and anyone with any knowledge of bodybuilding knew that Phil Heath would probably win the show in 2011. Since 2011, Phil has essentially embarrassed the field every single year, sometimes without looking anywhere close to his best. Nothing overly exciting about that. However, I do feel that 2016 could very well usher in an Olympia that is anticipated to a degree on par with 1998 and 2009. Phil, the five time champ, has shown serious vulnerabilities the last two years. Dexter took a strong second to Phil in 2015 and will be coming back in an attempt to win himself a second Sandow trophy. Every bodybuilding fan, along with every bodybuilding expert, knows that if Big Ramy shows up on the money, he will demolish the rest of the 2016 Olympia lineup. Kai Greene skipped the 2015 Olympia in a mysterious fashion, hopefully giving his body some unexpected time to rest and recover. Kai is also coming into the show as a three time runner up to Phil. Shawn Rhoden has been third at the Olympia two out of the last three years, and most would agree that had he controlled his midsection better at the 2015 show, he would have won.

That makes five possible contenders for the number one spot without even mentioning any outside possibilities such as Justin Compton. Justin is capable of making improvements like no other bodybuilder and he can be seen on social media this off-season looking large beyond measure. If Justin improves another 10% or so from what we saw at the 2015 Arnold Classic where he took third, and fixes his midsection issues, he could be completely unstoppable. With any luck, Justin and Kai will show up at the 2016 Arnold Classic looking out of this world, taking a very controversial first and second, leaving both of them possible threats to Phil, Dexter, Shawn, and Ramy. These events would effectively turn the 2016 Olympia into yet another epic battle and once again infuse the bodybuilding world with some much needed Olympia excitement.