What Are We Doing To Our Bodies? 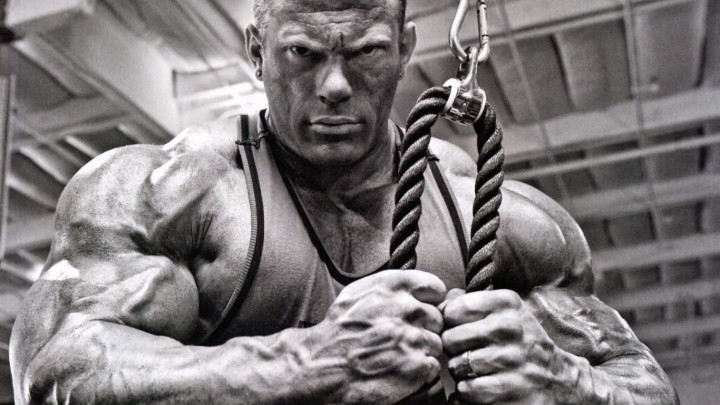 Whether anyone wants to admit it or not, there’s an epidemic in the bodybuilding world. I will be the first to admit, when the arguments used to take place about steroids and if they were harmful or not I would always side with the “not” team. I didn’t have any proof, but that’s what I wanted to believe so I would read every comment from both sides through the bias of wanting to believe they were just hormones we put in our bodies that made us big and strong. Before anyones starts shouting “Prove that they’re dangerous!”, let me say that perhaps at one point they weren’t so dangerous. This would have been the point where only high level bodybuilders were using abusive dosages and using mostly human grade products.

Why would human grade products matter, you say? Well I’m not suggesting we should blindly trust the pharmaceutical companies (Oxy’s for all!), but there can be a huge difference in purity between a drug that’s produced from day 1 with human consumption in mind and the wild black market we have now. What most people fail to realize is that it has nothing to do with your “lab”. The guys who make the fancy labels and brew up the gear might have your best health in mind, but it’s mostly out of their hands. I can’t count how many times guys say “I trust the guy I get it from”. Well congratulations! But do you trust all of China? Cause that’s who really makes your shit. Converting steroids from powder to oils is a pretty embarrassingly simple activity, but the average gym rat thinks that is where all the magic happens and if that process is done well then you get good gear.

The raw powders of the compounds are mostly being made (unless you get legit stuff from a pharmacy) in factories in China. While many of them put out quality product, we really have no idea what is going on. Let’s pretend that they are putting out high potency powders only, so that the results are good. The real question is how pure is it? How many safety regulations are being followed? Call it a hunch but I would assume many of them are more concerned with putting out shit for cheap than they are about spending more money and time to remove all metals and toxins from it.

Even if the shit is pretty much pure, what does that few percent add up to over time? What are these kids putting in their bodies? Sure, a lot of 90’s era bodybuilders are still alive (and some are dead), but I would guess a lot of them also waited longer to start gear, used less gear early in their careers, and used BETTER gear.

This might seem paranoid to you, but the fact is we are injecting substances into our bodies that are made far away in a country that has very few regulations or standards. This should scare us, but most people will continue to think they are invincible. If people were still farting around with the 600mg cycles that they were when I remember gym rats talking about cycles when I was getting into that subculture, we might be okay. But as more young people talk to me in the gym I’m learning there is a scary truth out there, which is that many people are now using 2g-4g of total AAS within their first year training. This isn’t a shock factor statement, someone every week asks me how much XYZ they should add to their cycle and when I ask what they are on, POOF the laundry list comes out. Peptides and GH, too. Now to play devil’s advocate, perhaps their shit is severely underdosed. If that’s the case we can give them the benefit of the doubt on why they look natural, but then what the @#!$ are they injecting into their bodies by the gallon?

Some people are born to live forever, and can do whatever they want in whatever quantities they want and still coast into a life of old age with some awesome war stories. But there are others who aren’t immune to life’s temptations and I’m really scared to see what the statistics on these children of excess will look like in 2 decades from now.