Newer PostPro’s Dosages: Why Do We Care?
Older PostCentral Bodybuilding – Episode 3
Share on FacebookShare on TwitterShare on LinkedinShare on Pinterest 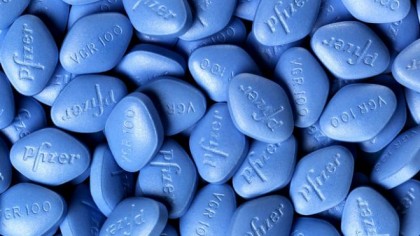 Athletes are always in search of a way to increase athletic performance. Salaries of professional athletes continue to climb to that of some small corporations, while the NFL generates revenue of over $10 billion annually. Professional sports have become big business, and athletes will try almost anything to compete. Corporate employees have been known to take ADHD medications or other stimulants to improve work performance, while trying to climb or stay on top of a corporate ladder. This is no different from an athlete taking a substance to enhance performance. Most humans are competitive by nature, and the lengths some will go to succeed should never be underestimated. When Viagra (Sildenafil) was first marketed to treat erectile dysfunction, no one would have ever imagined it would one day be taken by athletes to improve performance on the playing field, instead of in the bedroom.

Sildenafil is a vasodilator, meaning it relaxes blood vessels in order to increase blood flow. During sexual stimulation, the increased blood flow is a means of treating erectile dysfunction. Vasodilators such as sildenafil can also improve blood flow to the lungs. This can have a positive effect on conditions in which blood pressure is elevated in the arteries that supply the lungs By increasing blood flow to the lungs, an athlete is supplied with a higher oxygen output during training or competition.

NFL wide receiver, Brandon Marshall, once claimed that many NFL players have used Viagra to improve performance. A New York Daily news report linked former MLB pitcher, Roger Clemens, to Viagra after a clubhouse source reported that Clemens kept Viagra in his locker. BALCO founder, Victor Conte, has claimed that all of his athletes took the drug. Conte, who was once responsible for supplying performance enhancing drugs to Marion Jones, Barry Bonds, and other athletes, believed in Viagra’s ability to improve performance among athletes.

Sildenafil is most commonly sold under the trade name, Viagra. It is a medication that is used to treat erectile dysfunction. It was originally studied for treatment of high blood pressure, but it was quickly learned that this drug induced erections. This drug was patented in 1996, and approved for use by the FDA in 1998. Annual sales of this drug reached nearly $2 billion dollars in 2008.

Cyclic guanosine monophosphate (CGMP) is responsible for smooth muscle relaxation of the intimal cushions of the helicine arteries. This leads to vasodilation and increased blood flow to the penis, causing an erection. CGMP levels are affected in part by degredation from CGMP-specific phosphodiesterase type % (PDE5.) Sildenafil is classified as a PDE5 inhibitor, and it works by protecting CGMP from PDE5. Sildenafil is broken down in the liver.

Sildenafil is thought to increase athletic performance in several ways. It has been shown to increase testosterone levels. Scientist, Matthew Spitzer, reviewed the effects sildenafil had on 140 men with low testosterone. He prescribed these men a dosage of sildenafil that varied based on several factors. The men who were on alpha-blockers received 25mg. The men who were receiving sildenafil for the first time received 50mg. The men that were regular users of sildenafil received 100mg. Spitzer observed the hormonal profiles of these men for 3-7 weeks. On average, total testosterone rose by 40 percent, free testosterone by 50 percent, and DHT levels also increased significantly. Elevated testosterone levels have a positive effect on strength and muscle mass. This will usually lead to an increase in performance among athletes.

The effects this drug has in a low-oxygen environment have been studied and it has been found that the drug improves performance by improving exercise capacity. A 2006 study done at Stanford University claimed that sildenafil could improve an athlete’s 10-kilometer cycling time by 40 percent when used at an altitude of 12,700 feet. Cyclist, Andrea Moletta, was once found in possession of 82 sildenafil tablets and several syringes prior to the Tour of Italy, further fueling the suspicion of the drug’s use in sports to improve performance.

Sildenafil has been shown to increase the anabolic hormone, testosterone, and it has been shown to increase exercise capacity by improving blood flow to the lungs and increased oxygenation during endurance training and competition. Bodybuilders who may not be interested in endurance exercise, or the increased testosterone that sildenafil may offer, can still benefit from this drug. Nitric oxide supplements have become very popular among bodybuilders for their pump enhancing effects. Sildenafil works as a very potent vasodilator, and it is often used by bodybuilders before a workout for its ability to allow more blood flow to the muscles being trained. This allows for more nutrients to reach the muscle, and it enhances muscle growth. While sildenafil may have first been marketed to treat erectile dysfunction, its benefit goes well beyond the bedroom. Its use to improve athletic performance will probably soon become a common practice.