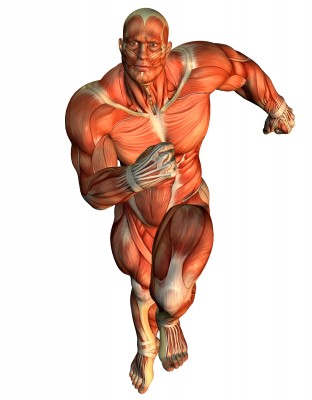 Spring has arrived and summer will be here before we know it. For many, this is the time of year to shed body fat that may have accumulated during the colder months. That last little bit of fat to be lost can be extremely stubborn, being not as responsive to diet and training as it was when fat stores were at 10 percent or above. This can be very frustrating situation. In order to get extremely lean and rid the body of that stubborn fat, it may be time to ditch the treadmill and standard cardio, while replacing it with VO2max training.

Before we get into VO2max training and how it can create a reduction in fat stores, VO2max should be explained. VO2max is a measure of the maximal amount of oxygen the human body is able to extract and use for work performed. This involves very complex interactions between neural, cardiovascular, and skeletal muscle factors. To put it simply, the harder you run, sprint, or train; the harder you breathe. At some point there will be a ceiling that is reached where breathing reaches the highest it will go. Scientists call this the VO2max. Like most traits within the human body, VO2max is mostly determined by genetics, with some influence coming from environmental (climate, altitude, etc.) factors.

There are two major factors that determine VO2max levels. One is the oxygen transport system, which includes the heart, hemoglobin, blood volume, capillaries, and mitochondria within the muscles. The other factor is contractile capacity of muscle fibers. The more muscle tissue that is active at any given time, the more oxygen the muscles need.

As VO2max heightens from VO2max training, some physiological adaptations occur. There is an increase in size and efficiency of the heart, an increase in blood volume, more capillaries are developed in the muscle, and there is an increased mitochondria density in the muscle cells. While all of these changes are important for physical health and condition, the increased mitochondria is what will have an impact on burning fat. Mitochondria are small bodies in the muscle cells that use oxygen to burn fat and make energy. The more dense muscle cells are with mitochondria, the more efficient muscles are at burning body fat as fuel. When VO2max type training is used, body fat will be directly used as fuel as a result of the training session, and the body will become more efficient in burning body fat in the long-term with the increase of VO2max.

The variation between individual’s VO2max can be significant. For the general population, a VO2max score of above 40 is considered excellent among men within the age range of 20-29. In comparison, Lance Armstrong once displayed a VO2max of 84. Your VO2max is largely determined by your genetics, but it can be increased through certain types of training. Increases ranging from 5%-60% can occur when VO2max type training is implemented.

There isn’t a particular intensity that elicits VO2max. A range of different intensities has been shown to do the job. Oxygen consumption climbs at any given intensity over time, but there are ways to quickly reach the VO2max. Before committing to a VO2max running program, you may want to measure your VO2max to see where your starting point is, and test periodically to evaluate progress.

There are several ways to test VO2max:

*A laboratory test involving breathing into an oxygen mask.
*A Balke test.
*A Bleep test.
*A submaximal test in a gym on an exercise bike.

If you aren’t interested in tracking VO2max levels, you can still determine progress by the ability to increase the workload in subsequent training sessions.

Since there is no single intensity level that paves the way to reaching the VO2max, a variation of several training intensities can be applied. By avoiding using just one particular method and intensity, adaptation is likely to occur. The body will attempt to adapt to any one intensity level over time, which will result in less oxygen being used and less fat burning to complete certain tasks. This is the opposite of what you want to happen when attempting to increase fat burning mitochondria density and VO2max.

Below are three variations of VO2max workout formats:

Lactate Intervals
This workout should be performed on a track. Start by warming up with a light jog for 10 minutes. Intervals of 800 meters should be ran as hard as possible followed by a 400 meter jog. There is no rest between intervals and a total of 6 intervals should be done to begin with. More intervals can be added as the ability to add to the workload increases.

30/30 and 60/60 Intervals
Warm up with a 10-minute jog. Run 30 seconds that you could hold for about six minutes in a race. Then jog for 30 seconds. Continue alternating this fast pace running and jogging intervals until at least 12 and as many as 20 can be completed. After 20 of the 30/30 intervals can be completed, switch to 60/60 intervals. Start with 8 and build up to as many as 12.

Hill Intervals
Shorter hill intervals of 20 seconds are great for developing power, strength, and VO2max. Start by warming up with a 10-minute jog. Then run hard uphill for 20 seconds. Jog back downhill and repeat. At least 16 intervals should be the goal to begin with.

VO2max type training is common among MMA fighters, boxers, and other athletes for it’s ability to increase power, speed, and muscular endurance. This type of training also has a very powerful fat burning effect that anyone can benefit from. If VO2max training is implemented as a tool to enhance appearance, it should be performed three days a week and no more. This type of training is tough and anything more than three days a week can raise stress hormones, which will have a negative impact on appearance. When added to anyone’s routine, VO2max training can turn the body into a fat burning machine that will melt stubborn fat just in time for summer.