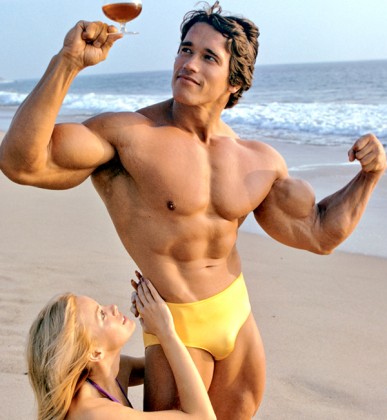 When it comes to pursuing dreams and acting careers in Hollywood there are endless stories, and of course bodybuilders are also included. Many of them who have tried and who have stumbled on their way to be the next Arnold or Steve Reeves.

In this article I have chosen three stories that I think stand out as good examples of transitions of bodybuilders into the movie industry over the past decades.

Number 3 in our countdown is Roland Kickinger “The Austrian Bamboo”.

Roland Kickinger appeared on the pro bodybuilding scene back in the 90’s. Many people inside and outside of the fitness industry actually thought he was the predecessor to be the next Arnold, “The Austrian Oak”. Because of his resemblances such as the accent, height and being a bodybuilder. Kickinger competed in a couple of pro shows, however his placings were low, judges shared that he lacked the size for a competitor of his height. Kickinger’s career as a competitive pro bodybuilder were short lived. After he decided to leave the bodybuilding stage he made his transition to Hollywood to see what his posing trunks and muscles could offer him inside this industry instead.

How did his career unfold?

Well, fortunately he actually got a break in a couple low budget movies and lead role. The leading role was in a movie about Arnold the “Austrian Oak” and his journey to Hollywood and eventually a political career. Kickinger’s most acclaimed acting role was in Howard Stern’s sitcom called “Son of a Beach”. In a series where he played something unique and original, a dumb bodybuilder bodyguard called “Chip” appearing in 42 episodes. Chip did also continue to act in Asian movie roles and still does to some extent.

Even if Kickinger didn’t become the new king on the hill where Arnold is sitting he turned out to be quite successful in other fields. Kickinger is primarily active in the fitness industry and has done well for himself and he still lives in USA. 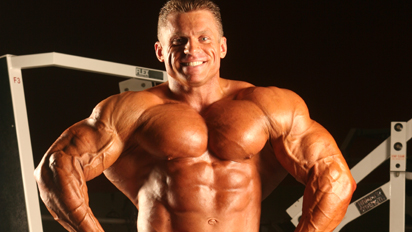 IFBB Pro Eugene Mishin did only compete in a few pro bodybuilding shows after he moved to the US just as Kickinger. Mishin did also point out early in his professional bodybuilding career that his future priority was walking in the footsteps of Arnold and later on to break into Hollywood.

How did his Mishin’s acting career unfold?

Eugene’s career is still unfolding and he did recently play a role in a horror flick (as he put it) resembling “Friday The 13th.” However from the pictures I’ve seen from this movie he looked more like a “Toxic Avenger from Space” than “Jason Voorhees”. Additionally he has actually landed a couple of roles in more famous sitcoms like “Gotham” and played a character that tortured Will Smith’s wife in one episode, and is also a cast member at CBS’s ‘Person of Interest’. 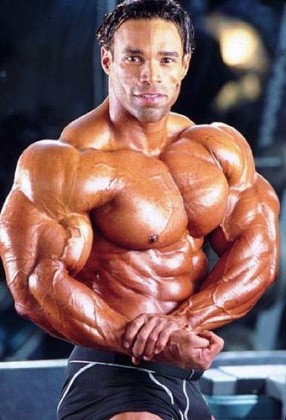 The best bodybuilder in our list is of course Kevin Levrone who is the winner of multiple of pro bodybuilding shows such as the Arnold Classic and he was a Mr. Olympia runner up. After the Maryland Muscle Machine retired from competitive bodybuilding he began to pursue another dream of his and that was to go full blown and break into Hollywood.

How did Levrone’s screen time unfold?

Well, Levrone played a few small roles, one was in a film called “Redline” at the end of 2009. He also acted in a series called “Burning Hollywood”. Unfortunately for Levrone it was Hollywood who burnt him … hard! Actually so hard that he decided never to enter a movie set again and left Hollywood for good back in 2009. Maybe he decided enough was enough when he saw himself on the screen playing this washed up bodybuilder posing in front of a TV screen. The result of this sitcom made Levrone look pretty stupid. The screen writer must have hated bodybuilders because this sketch was more intended to be vicious towards bodybuilding and Levrone than trying to be funny.

After 2009 Levrone left Hollywood and went back to his bodybuilding roots. Levrone is now back into the fitness industry hosting seminars all over the world in addition to being a spokesperson for various companies. The Maryland Muscle Machine has at times mentioned a comeback to the pro stage. However he has yet to execute his return and might never do so. Nonetheless and more importantly he’s back home (bodybuilding) where he’s highly respected.

Another important thing to understand is that it’s even harder today for huge muscle guys to feature in leading roles in action movies than it was back in the 80’s. The action heroes and bad guys of films today have more or less been replaced by skinnier or athletic guys with more acting skills like Collin Farrell or Tom Hardy for instance. Moreover there is a different culture out there, and that’s why there may never be another Arnold again.

On the other hand who knows. Arnold did kind of create a demand for himself and his type of acting character and this made him into a role inventor in Hollywood. In addition who says the next one knocking on the doors to Hollywood might not be the new inventor who creates demands for a new line of action movie character’s as Arnold did.

In closing, Hollywood is one of the toughest industries to break into. Some have made brave attempts to pursue their dreams but most of them have failed, but they have gained a lot of experience nevertheless.