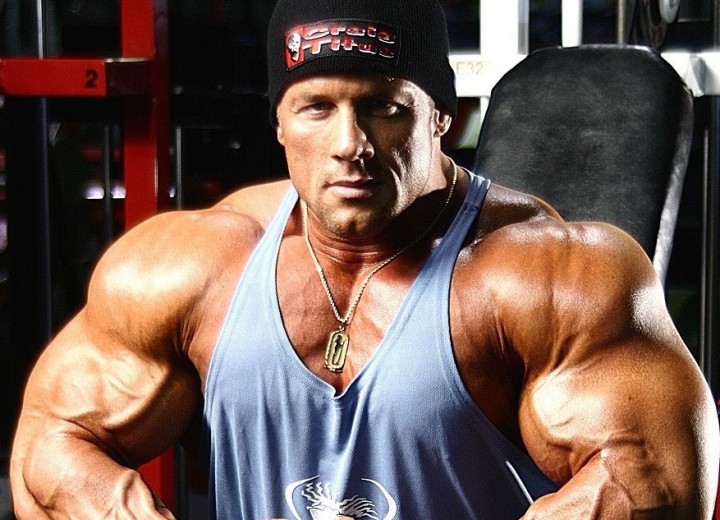 I recently read an article titled “The real dope” in the February 2015 Muscular Development magazine. The article preview described it to be three muscle legends of the 90’s- Dorian Yates, Shawn Ray and Kevin Levrone bravely setting the record straight in regard to performance enhancing drugs, PED’s. This article was promoted as a “shocking report” where these retired pro’s would speak freely and uncensored. The article was neither shocking, nor revealing, nor forth coming, nor helpful in any way to up and coming aspiring bodybuilders.

In fact the article “the real dope” was absolutely ridiculous, full of half-truth and utter bullshit for lack of a better word!! Oh yeah, the article set the record straight all right… all three of these “muscle legends” were less than forth coming and grossly downplayed their own steroid use as well as PED use in general. They took the position that the majority of pro bodybuilders take choosing to preach that anabolic androgenic steroids are insignificant and played a small role with their bodybuilding achievements. I do however understand it can be an awkward situation getting professional bodybuilders to discuss their drug use, especially with the legal ramifications of admitting prescriptions. But, if you’re going to interview three “living legends” of the sport, all of whom are long retired, why not have these legends answer honestly and really set the record straight? Truth is, Dorian and Kevin totally withheld information and Shawn avoided answering questions all together or simply lied, period! All though the article was beautifully written, Ron Harris fell short with his goal in attempting to share steroid cycles used by these three retired pro’s, in particular Shawn Ray. You see, I know these gentlemen, I have hung out with all three, I have had discussions about AAS use with them and I have even worked with Dorian Yates preparing for the 2001 Mr. Olympia. Incidentally Dorian’s PED regimen almost killed me after following his instructions to use extreme dosages of the diuretic Demandex… putting me in the hospital shortly after the competition. So pardon me if I call bullshit with the muscle legends answers and discussion about drug use, in particular their own. None of the contents “the real dope” surprised me nor was I shocked in any way. I found the article to be vague, withholding and divulged no actual complete steroid cycles… operative word being complete. That said, let me set the record straight by reviewing the article and end by disclosing an actual and complete professional bodybuilders contest prep cycle that I personally implemented during my most successful pro season in 2001. Now in regard to the article “the real dope.” There are several things I totally agree with; one being a teenager should never ever use AAS. Teenagers are still in physical development with their own natural testosterone production in high overdrive. Using AAS during teenage years can be very harmful to both their physical development and mental wellbeing. Like Dorian Yates I started using my first cycle of steroids a t 23 years old. And why would Ron Harris include Shawn ray in this article? The only time Shawn Ray is willing to be totally honest and reveal steroid use in professional bodybuilding, is when drug enforcement agents are sitting at his kitchen table. This of course took place with the understanding the discussion would focus specifically on other IFBB pro’s and not Shawn’s own particular use. If you find time to read ‘the real dope” rather then use the pages to wipe your ass, you must realize your studying vague answers and information shrouded in secrecy, you’ll discover that in part one of this “ground breaking expose,” Shawn Ray chose to completely not answer four of the eight questions, responded with a total lie in regard to one question and avoided answering the other three with useless babble. In part two of this “uncensored ground breaking expose” Shawn Ray bravely comes forward and chooses not to disclose any steroid cycles whatsoever. He even has the audacity to state that AAS discussion reek of drug addiction quickly pointing out the bodybuilding community has a fair share of drug addicts! Since when does using PED’s in professional bodybuilding categorize an athlete a drug addict? Got news for you Shawn, choosing not to discuss your PED use and steroid cycles, doesn’t change the fact you used them! Ok, so perhaps my opinion and criticism of “the real dope” is a little harsh. I mean after all Kevin Levrone and Dorian Yates did make halfhearted attempts to be transparent about their PED use. I totally agree with Kevin Levrone in saying “synthol is basically garbage that destroys fine details in the muscle.” Sadly all three of the these retired hall of famers fall short with revealing their actual PED use. Failing to mention many drugs they’ve employed during their careers. Mind you these PED’s gave them the ability to become “muscle legends” in the first place. Even the writer Ron Harris himself had suspicion Yates was not forthcoming with his AAS dosage. Harris went so far as to say “Dorian, people outright called you a liar and said you downplayed your doses.” In Levrone’s defense, he did admit to using 100mg of anadrol daily in addition to 600mg of test and 400mg of deca a week. This is very close to an actual pro bodybuilder’s cycle however it’s very basic and better applied in the novice arena. That being said, the following is one of my many actual professional bodybuilding contest prep cycles….

• Last two weeks into show all fat should be eliminated from physique. Stop using Cytomel, stop using Nolvadex. Add Cytadren 250 into cycle, add Proviron into cycle.
• Clenbuterol is employed in first 4 weeks of training to jump start fat burning process.
• First thing in am Caffeine Ephedrine + Asprin= Thermal kinesis Thermal Kinesis is used while walking on the treadmill before 1st meal in the am.
• HCG human chorionic gonadotropin is to be used for two after completion of cycle. It’s crucial to stimulate testes into manufacturing natural testosterone production.