The Uselessness of Questioning Steroid Use 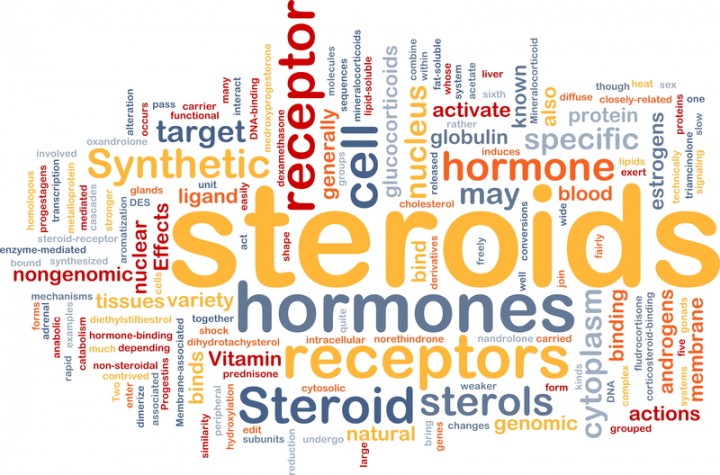 The question of who is and who is not “natural”, over time, has reached epic proportions in our industry. This is primarily driven by mainstream “information” and 17 year old gym buddy statements. The media puts these drugs on par with rape in regards to the ridicule a person receives who is “caught” using them. Also, for whatever reason, all the late teen and early twenties aged guys who lift weights or play sports seem to think that steroids are some sort of powerful black magic summoned by Gandalf himself. This demographic of “men” seem to be of the opinion that you order a bottle on the internet that says “steroids” on it for 30 bucks, take two pills a day and in a month you gain 40 lbs of muscle and lose all of your fat, as it turns you into the ultimate alpha beast. For these reasons, the question of whether or not this guy or that girl is “natural” has become the main concern for many individuals, even though the question is, for all intents and purposes, absolutely useless.

First and foremost, this question is useless for the simple fact that you will never know if you are getting the truth. Because our society has demonized the use of steroids in a fashion which puts it on par with rape, as well as cause the admission of use to destroy all credibility to anything in life you have accomplished, the majority of users will take the truth to their grave, not surprisingly. Steroids are one of the few topics that cause very close friends and family members to lie to each other about it on a regular basis, for example. Some may argue the use of drug tests to find out who is or is not using these drugs. This is silly on numerous levels. Obviously, you cannot force every “suspect” person to take a drug test, and even if you could, it is well known that there are many ways to beat a drug test. Not to mention, these tests tend to be extremely expensive and/or tedious to perform. If you get lucky and a person does admit to you they are using, what do you think the chances are that they will be truthful about the amounts?

On this same note, dosage is one of the other main factors making the original question of who is “on”, useless. In the fitness community in general, a person who is taking 15 mg of Anavar per day and a person who is on six grams a week of a delicious pharmaceutical cocktail are both considered “unnatural”, “a cheater”, “enhanced”, “on shit”, etc. This is obviously a problem, and just one more reason people will lie about this topic until their last breath. Most normal, everyday people seem to think a person “taking steroids” means the same thing every time. This is no more true than saying that a person drinks alcohol means the same thing every time. What is the first question that would be asked after that last statement? “How much alcohol?”, or “Every day?” etc. However, in the case of steroids the response to a person “being on shit” is normally closer to “what a loser”, “he’s a joke” or “well that explains it”. Does anyone else see an issue here? A few 2.5 mg Anavar tabs per day is not the same thing as three grams of test and one gram of Trenbolone a week with some a-bombs thrown in! Not in any way shape or form.

Training, nutrition, and especially genetics are three more reasons the “is he juicing?” question is of no use. Generally speaking, a person will ask this question in reference to someone who is bigger than them, leaner than them, or often times both. Now, there is a chance that this person looks better than you because he or she is on better and/or more drugs than you are. However, drugs are only one of several possibilities of why they look better than you. God forbid you ask what their diet or training is like in comparison to yours! Most people feel that drugs are the most potent factor of these four, when truth be told, genetics are unquestionably the most potent factor. Maybe this person you are questioning simply has far better genetics than you do! Why don’t you ask what his or her parents look like, or what he or she looked like before they ever touched a weight? These would be much more practical inquiries.

Now we come to the dripping, oozing topic of guys claiming to be natural who clearly are not. It is very hard to say a person is “clearly” unnatural just by looking at them, first of all. Any person who has been around the sport long enough will tell you stories of men who were on huge doses of drugs and never looked like much of anything, and guys who were as unblemished as Mr. Clean and looked out of this world. How is this possible? Mainly genetics, as mentioned earlier, but also training and nutrition. That said, there are people out there who claim to be natural who are absolutely not natural. Mike O’Hearn and Kali Muscle come to mind. Now when I say they are absolutely not natural, I am not necessarily implying that they are using steroids. What I am saying is that if men like this are truly not on steroids, then it is obvious that they have some sort of unnatural gene and/or hormonal issue that allows them to look the way they do without any drugs. In which case, they would be at an even greater advantage than those who are on drugs anyway, seeing as their “advantage” is free, legal, and perfectly safe. If you look like Kali Muscle, it is obvious he has some sort of major advantage over the average man, whether it is some combination of drugs and genetics, or a “natural” abnormality. Point being, it does not really matter what that advantage might be, just know that there is obviously one there, and shut up.

Next time you find yourself questioning whether or not a person is on drugs, challenge yourself to instead ask, what their diet is like, what their training is like, or at the very least, the amount and/or which steroids they are actually on. In doing this, you will remove yourself from the demographic of people responsible for giving drugs credit for the accomplishments of a hard working and/or gifted individuals. The same demographic which enhances the media driven idea of all steroid users being drug addicted, cheating, scumbags. This practice, in time, will make it more and more clear that the question of whether or not a person is “on steroids” is of little use, and might actually begin to allow athletes to speak openly about this topic. At the professional level, this would possibly squash the validity of ridiculous generalization statements like “all pros are on X amount of X drug.” With any luck, top level athletes speaking openly and truthfully about drug use, could serve to help younger generations of competitors avoid silly, as well as potentially harmful decisions.