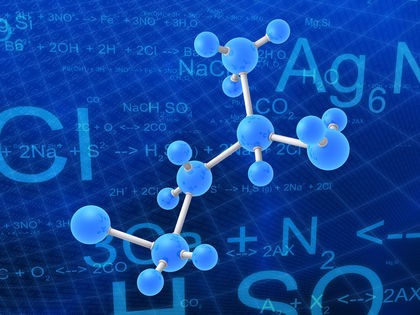 There is an ongoing debate on which sources of protein are the most beneficial for the athlete and which have the most influence on health and longevity. While claims have been made that one protein maybe superior to another, it is important to understand what these claims are based on and how protein quality is assessed.

A handful of different methods exist when it comes to comparing or rating protein sources. Some of these methods have shown to be rather inconsistent in evaluating the effectiveness of certain proteins. While none of the methods used to grade protein sources are perfect, being familiar with the methods will help you understand how it is determined that one source of protein is better than another.

The protein efficiency ratio measures protein quality by how well a protein source supports weight gain in lab animals. This method has been used for evaluating protein quality since 1919. Until recently, it was used by the U.S. Food and Drug Administration in determining the percent of the U.S. recommended daily allowance.

The PER uses rats in their method of determining protein quality. Rats do not use protein in the same manner as humans do. The flaws in this method have led to an overestimation in animal protein quality and an underestimation of plant proteins.

The biological value is based on how much protein is absorbed and utilized in the body. The higher the protein that is retained in the body to be used, the greater the biological value. When the system was first put into place, eggs were the most bio-available protein known. They were given the score of 100 and became the standard on how other proteins tested in comparison. Whey would eventually be isolated from milk. It was shown to have a value of 100 even though it its thought to be of higher quality than egg protein.

To determine the biological value of a protein source, nitrogen uptake and nitrogen excretion are compared. A biological value of 100, which is seen in eggs and whey, is the maximal. This means that all the protein has been absorbed and utilized and none is lost. There have been some claims of certain protein sources having a BV of over 100. This is a mistake or marketing gimmick, since a score of 100 means that 100npercent is absorbed utilized. It is impossible to achieve 100 percent absorption.

The biological value method of assessing a proteins quality is the most commonly used, but this doesn’t mean that it’s the best, especially for an athlete. The biological value may be misleading for a few different reasons. BV tests are based on studies in a very controlled feeding environment that does not relate to the real world. Tests were conducted on proteins in their raw state, when most protein foods are eaten in cooked form. Tests to determine the BV used very small servings. Inferior proteins are utilized at a very high rate in small amounts and in their raw form, which can cause the BV to be misleading. Especially to bodybuilders and athletes, who ordinarily consume larger servings of protein on a regular basis.

While the way protein is evaluated today has made significant progress since the Protein Efficiency Ratio was set as the standard in 1919, there is still work to be done to improve the way proteins are graded. As it becomes more recognized at how important particular amino acids are in muscle growth and preventing disease, newer and more advanced methods of valuing protein sources will be developed. While there is no one ‘perfect’ protein source, a variety of whey, casein, fish, chicken, beef and eggs should all be consumed.