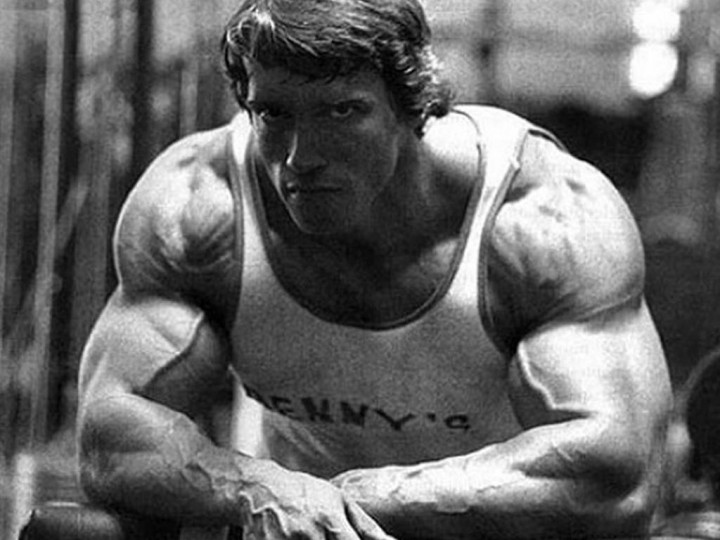 In bodybuilding, genetics are king. Simple as that. At some point in every bodybuilder’s career, they will inevitably come to realize this fact to be true, beyond any shadow of a doubt. This realization can come with grief, in the form of a bodybuilder with poor genetics, or with joy, in the form of a bodybuilder who now realizes how lucky he really is. If you were to ask a bodybuilding fan why genetics are so important in bodybuilding, they would probably give reasons related to either the athlete’s ability to burn fat, build muscle, or more likely than not, both. While these genetic factors are of massive importance, there are certainly other aspects of bodybuilding that are greatly influenced by genetics which are rarely spoken of. These two aspects being the way that having good physical genetics affects an athlete’s mental state, and the actual mindset of an athlete, which is largely genetic, despite what most discussions of genetics would imply.

Bodybuilding careers, the health of bodybuilders, or both, are often destroyed by the negative effects that a very strict bodybuilding lifestyle can have on a person’s mental state. When one’s genetics are sub par, in order to become a top bodybuilder, one’s entire existence must become based around what one’s body looks like day to day. Any logical person can see how this extreme lifestyle could lead to obsession, anxiety, drug abuse, or eating disorders. These problems often end up destroying bodybuilding careers, leaving bodybuilders very sour in regards to the entire sport, or worse, causing the untimely death of bodybuilders. Genetics are rarely taken into account when dissecting why this obsessive mindset comes to be in bodybuilders, but as mentioned earlier, genetics play a huge role in these harmful mindsets developing. Reason being, guys with poor genetics who become top bodybuilders typically get to that point via this extreme lifestyle. These athletes seclude themselves from friends, refuse to eat any morsel of food that is not on their diet at the time, miss important events in order to get meals or training in, etc. While this lifestyle might cause the greatest superficial results for a bodybuilder, that is not the only factor in play, as this lifestyle is generally not sustainable, and if it is sustained can cause serious mental issues.

A bodybuilder with great genetics on the other hand, will generally be able to live a more “normal” lifestyle while becoming a top bodybuilder. Genetic freaks can get away with having some popcorn at the movies, sleeping in past their morning cardio here and there, and not going to the gym when they are not feeling up to it. Not only will this lifestyle result in less stress, which in and of itself will aid in accomplishing bodybuilding related goals, but not restricting foods so severely, and allowing oneself to relax eases the mind. This ability to relax and not always train to absolute death, will also help to prevent injuries. Dorian Yates trained obsessively, and it eventually lead to his career being cut at least a couple years short by injuries. On the same token, you have a more laid back guy like Dexter Jackson, who is able to compete in the pros for twenty years straight completely void of injuries.

These gifted bodybuilders who are able to live a more laid back lifestyle while competing are not only at a physical advantage in terms of losing body fat and gaining muscle, but they also have a huge mental advantage. How many genetic freaks with perfect metabolisms do you know that developed an eating disorder from bodybuilding? How many of the bodybuilders who unfortunately met early deaths were known for their amazing genetics? Not many. Never underestimate the potency of genetically possessing the ability to incorporate more relaxation and enjoyable foods into your bodybuilding lifestyle, in regards to success and longevity in this sport. In fact, four time Mr. Olympia himself, Jay Cutler, has gone on record stating that if he could change one thing about his past bodybuilding career, he would have enjoyed life more and not have been so strict.

Topics such as metabolism, ability to put on muscle, and response to anabolic drugs are the most commonly discussed aspects of genetics. Mental toughness and determination are rarely discussed as genetic traits, despite being determined largely by genetics. It goes without saying that things such as mental toughness and focus are absolutely priceless in the quest to becoming an elite bodybuilder. Many young bodybuilders are distracted by recreational drugs, girls, and partying, while others are far too focused on becoming a great bodybuilder to even consider partaking in these negative things. Not everyone can say no to temptations, whether that temptation is in the form of eating the wrong foods, or going out to a party instead of going to bed early, in order to wake up early for cardio. In recent years we have seen the career of Antoine Vaillant spiral a bit out of control due to these issues. While extreme “focus”, as stated above, can certainly end up being a bad thing, there is a very fine line between having lackluster focus, succumbing to Oreos and alcohol, and becoming harmfully obsessive. While obsession is not a good thing, a lack of focus and or mental toughness in general, will quickly sap the life out of any bodybuilding career.

Chris Cormier is an interesting character in regards to this topic, as he represents both sides of the argument. Chris’ great genetics allowed him to blow off steam and relax more than other pros, which elongated his career and seemed to prevent injuries. On the other hand, Chris just so happened to be poor at saying no to partying, staying out late, etc. Many industry experts will agree that had Chris been more focused on his bodybuilding, he would probably have won the Mr. Olympia at some point. Chris is a prime example of how a bodybuilders genetics affect not only his physique directly, but his physique through his mind as well. The moral of the story here should be, if you have to devote every single aspect of your life to bodybuilding, and avoid all things that are not directly conducive to it, in order to succeed, you are in the wrong sport. This lifestyle, while in some ways may seem honorable, should not be necessary, and if it is, this individual should probably just continue to bodybuild as a hobby, and refrain from taking it so seriously.