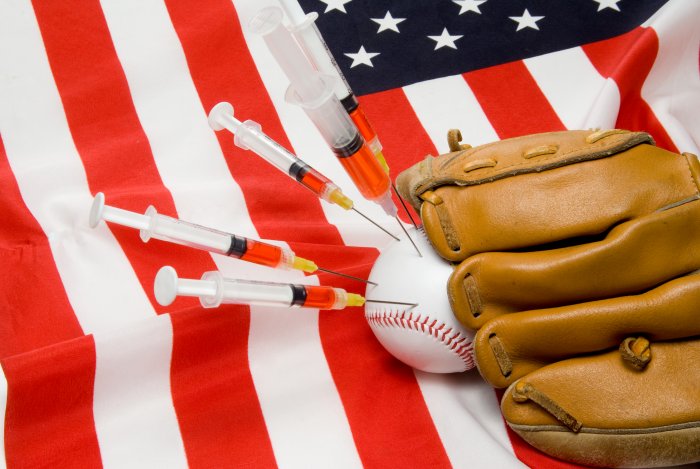 In the world of sports, few topics are as taboo as the use of performance enhancing drugs (PED). In fact, these drugs seem to be much more efficient at enhancing news ratings and negative judgment than athletic performance. This topic is of such interest to sports fans and enthusiasts, that it is discussed intimately by individuals who do not have the slightest idea of what a PED even is. Millions upon millions of fans hotly debated the drug situations surrounding Alex Rodriguez and Lance Armstrong to no end. They did so with such conviction that it seemed as if these men had attacked all the Monday morning quarterbacks on a personal level! Of these millions of fans, you would be hard pressed to find more than a few who could even name a single anabolic steroid. This multitude of fans having such a deep opinion of something they literally know nothing about has caused many issues and misconceptions. These misconceptions come almost entirely from the all powerful media. Anabolic steroids are currently in a similar situation that marijuana resided in many years ago. This space in time was when we were told that marijuana could almost instantly kill a person, more than likely cause you to become homeless, or even sell your body for money. Younger readers might think these are exaggerations, but unfortunately, they are not. Twenty years ago, these things were absolutely “taught” to us in regards to marijuana. Most individuals bought these lies at the time, just as they are buying the current lies and misleadings the media dumps on us about steroids.

It would be substantially irresponsible to say or imply that steroids are not dangerous in any way. There have been deaths and serious injury caused by steroids, without question. That said, the argument that drugs should not be used in sports, due to their potential danger, is foolhardy at best. If a class of drugs that kills one hundred times less people per year than peanuts (you read that right), is “dangerous”, how would a person describe a sport like professional motocross or MMA? High level sports on their own can often times be very dangerous. Athletes die playing football simply from the contact aspect of the sport on rare occasions, for example. Death aside, harsh injuries and broken bones are a daily occurrence in the world of sports. PED’s on the other hand, have the potential to actually reduce risk of injury, or at the very least speed recovery time. In the grand scheme of things, it is very difficult to make an argument against drug use in sports using the topic of danger.

More commonly seen is the idea that PED’s are “cheating” and/or an unfair advantage. The opinion that PED’s are an unfair advantage holds little to no water when the facts are examined in depth. First and foremost, succeeding at any sport is almost entirely due to “unfair” advantages. If one feels that PED’s should be banned due to the unfair advantage they create, than we might as well ban tall people from basketball, naturally strong individuals from strength sports, and naturally fast athletes from football. All of these aspects are genetic gifts, which those who are not blessed with can do nothing to obtain. PED’s can essentially be used by any athlete, if they choose to do so. As already stated, an athlete can not in any way shape or form “choose” to have better genetics. With this in mind, one must ask themselves, which is actually more “unfair”? Solidifying this argument even further is that fact that these genetic gifts are infinitely more important than PED’s, in regards to success in elite athletics. No amount of drugs and/or hard work will turn a person with poor genetics into a super elite athlete, regardless of the situation. A man who is born with an average ratio of fast twitch to slow twitch muscle fibers will never run faster than a man who was capable of running a sub 4.3 second 40 meter dash in eleventh grade. On the same token, a grown man who stands 6 foot 8 inches tall, will always be taller than a grown man who is 5 foot 10 inches tall, no matter what the shorter man does, how hard he works, or what drugs he takes. Other “unfair” advantages that sports fans seem to ignore, are present in the form of non-physical attributes as well. A specific athlete might be born into an extremely wealthy family, where he or she can afford a personal trainer, personal nutritionist, his or her own training facility, etc.. While an opponent may have been born into a poor family and must master his or her craft, working with the bare minimum in terms of resources. How is this not an unfair advantage? If anything in sports qualifies as an “unfair” advantage, these examples would certainly be it.

Now we come to the aggressively negative term, cheating. This is probably the greatest argument against the use of PED’s in sports. No matter what everyone else is doing, or what other advantages athletes might have over yourself, if something is cheating, than it is cheating, period. However, PED’s are not so cut and dry. An act during a sport or game being labeled as “cheating” implies that you are not “allowed” to do it, and therefor will be disqualified, banned, or punished for partaking in this act. This is far from the truth in professional sports today. Any individual who has a solid understanding of PED’s and high level athletics is fully aware of the extent to which these drugs are used at this level. However, very few individuals actually see repercussions for doing so. Lance Armstrong is a prime example. It is now clear that Lance was using PED’s for pretty much his entire career (if this was a surprise to you, you have a lot to learn about the relationship between drugs and elite athletics), while at the same time being regularly tested. However, he never “failed” a drug test. The same can be said for his competitors. All of these super elite cyclist are using PED’s, but the majority of them do so freely, with no punishment. In regards to that last sentence, let it be known that “cyclist” could easily be swapped with many other sports including football, track and field at the Olympics, etc. This still does not change the fact that these drugs are against the rules, and therefore are “wrong” to use. However, it is difficult to make a case that something is cheating when nearly everyone is doing it, and it is technically “allowed” by the organization.

It is appropriate to reiterate that anabolic steroids and other PED’s use is by no means without risk. Also, for all intents and purposes, they are technically cheating, and could get you in some deep water. That said, the demonetization of athletes like A-Rod and Lance Armstrong because of their use of PED’s is absolutely ridiculous. A lot of these feelings are not only evoked by the media, as touched on earlier, but also by personal testimony of beer gut wearing sports fans who have never played high level sports in their life. Often times you will hear a person make statements such as “I would have never done that” in regards to a famous athlete using drugs (or partaking in other “wrong” activities, a la Tiger Woods). Until you are offered millions upon millions of dollars to play a sport at your peak, while being watched and scrutinized by your millions of fans on a daily basis, please spare us from what you “think” you would have or not have done. The truth is, until you walk in these, ultra rare, super elite, shoes, you have absolutely no idea what you would choose to do, regardless of what you may think.