The Power Of Genetic Potential 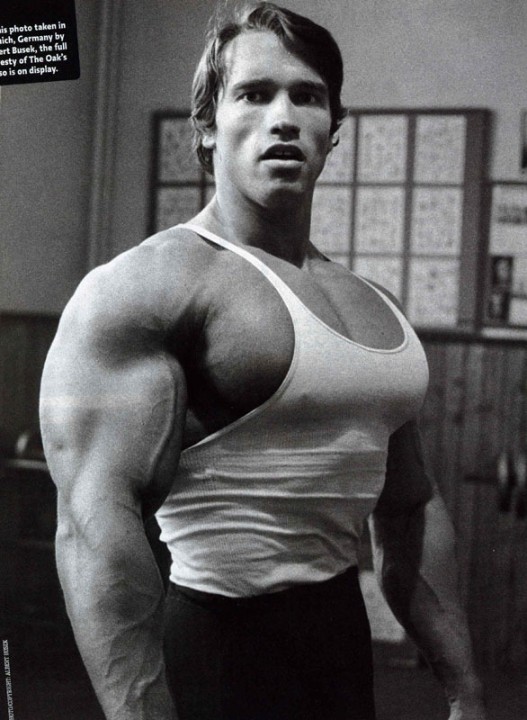 There have been numerous discussions throughout history as to which physical or mental quality is most important with regards to success in athletics, or in this case, bodybuilding. Many fans will claim that intangible things such as determination or dedication are the end all of bodybuilding success. While these qualities are of vast importance in our sport, they can be interpreted differently from person to person. Not only that, but they are fairly vague. In respect to determination, a bodybuilder could be very determined in the gym, but not so determined at the dinner table. The same could be said for dedication. With this in mind, which qualities are more tangible? Diet, training, drugs, and genetics are all commonly discussed aspects of bodybuilding that seem easier to quantify. While genetics may not seem “tangible” at first glance, for a true bodybuilding fan, it takes very little information to judge the extent of an athlete’s genetic gifts.

Training is an invaluable aspect of becoming a respectable bodybuilder. No man has ever become Mr Olympia without training extremely hard. There have been top Mr Olympia finishers who were rumored to be lazy trainers on more than a few occasions however. At risk of giving away this discussion’s main point early on, it must be stated that these particular Mr Olympia competitors, who shall remain nameless, were also known to be some of the most genetically gifted men our sport has ever seen. It stands to reason that if training was the most important quality for a bodybuilder, then all top professionals would train in a strikingly similar fashion. However, this is far from the truth. Dorian Yates performed a single digit number of work sets during his workouts, while Jay Cutler has been known to perform over twenty sets per workout. On the same token, if you compare the training styles of Phil Heath and Ronnie Coleman, you would be hard pressed to find any similarities at all, besides the obvious fact that they sometimes used the same movements. The argument that training style has less impact than many people think is further supported by athletes outside of bodybuilding. Mariusz Pudzianowski comes to mind. Mariusz has been quoted as saying he has never in his life performed an isolation movement in the gym. Despite this surprising fact, few would argue that with proper guidance in diet and drugs, he could have earned professional status in bodybuilding at the peak of his strongman career with little to no changes in his training. The physiques of some Olympic sprinters also come to mind, looking as much like 190 lb. NPC light heavies as they do sprinters. Bo Jackson’s above and beyond genetic gifts allowed him to mildly resemble a bodybuilder with no weight training at all! The list of elite athletes who train nothing like a real bodybuilder, but could still be marginally successful in the sport is extensive.

In this particular context, diet is nearly a mirror image of training. While finding what types of foods and macro nutrients work best for yourself as an individual is of utmost importance, there are plenty of examples of top bodybuilders having loose diets whilst still climbing to the to of the competitive heap. Shawn Ray and Lee Priest have both stated that they did not count calories or any macro nutrients at all for that matter, while dieting. More impressively, it has been rumored that in Dexter Jackson’s younger days he would eat fried chicken as well as chips and similar food items, while dieting for a show, accompanied with zero minutes of cardio for good measure. Some will also claim that the great Flex Wheeler would sneak a burger and fries while dieting for a contest as well. Two of the more extreme examples of other factors trumping diet are Max Charles, and Michael Lockett. As of a few years ago, Max had claimed to eat only one meal a day in the off season, despite being an absolute monstrosity of a man. Then you have Michael Lockett. In a discussion of the importance of diet in comparison to genetics, drugs, and training, mentioning Michael Lockett is a must. Lockett has never been seen out of shape, even in the off season. Despite the fact that he has openly admitted in the past to eating low amounts of protein and high amounts of sugar via foods like candy and soda! It is no fluke that Lockett is also considered to be one of the most genetically gifted men our sport has ever known.

Perhaps the most difficult factor to assess in bodybuilding is the almighty topic of drugs. Drug use is seen in nearly all athletic sports, despite what a lot of naive sports fans may think. The difference in bodybuilding is that it is both “allowed” as well as discussed, though not to the extent of nutrition, diet, or training. Whether this puts our sport ahead of the curve or behind, is dependent on who you ask. To say it is common for a person to assume that drugs are the number one attribute to looking like Phil Heath or Dorian Yates is a colossal understatement. This assumption is especially prevalent in those who do not fully understand the sport, or know little to nothing about it at all. However, taking into consideration the opinions of a demographic who does not know the first thing about our sport would be irresponsible. This being said, unfortunately there are without any doubt, people within the industry who know the sport, and it’s athlete’s drug use fairly well, who would agree with this “look at that, that is all roids!” demographic.

The most obvious argument here are the weekend warriors who can be found at any gym in America, who are taking heavy cycles of steroids, but fail to look the part of a person who works out at all. It is not uncommon to hear of a local skinny-fat gym rat who is sporting a spare tire with a BMI of 22, despite taking over (sometimes well over), 500 mg of testosterone a week, along with Dianabol or Stanozol, maybe both. Also seen spotted by people in the know, are the individuals who are all of 30 percent body fat, who decide to take a few IU of growth hormone a day, along with high double digit doses of Anavar. Through depending wholeheartedly on the drugs, these particular people often times do not change anything about their lifestyle, causing them to lose little to no body fat. The only thing that slims down is their bank account. Point being, without hard training and to an even greater degree decent genetics, drug use will only get you some acne and or a little bit of bloat, at best. On the opposite end of the spectrum, you have the few athletes who reach the near pinnacle of our sport with no drugs at all. Some will say that this is impossible and that these athletes are simply lying. However, when the facts are examined, it is very likely that these athletes did in fact build professional grade physiques without the use of drugs. Some of these athletes include, Kai Greene, Darrem Charles, and Ronnie Coleman. As previously mentioned, many fans will say these athletes are full of it, but many do believe their claims to be true. Without diving into their careers too deeply, it is interesting that both Kai and Ronnie placed out of the top 15 in multiple professional shows early in their careers. Soon after these poor placings, the bodybuilding world watched these two men suddenly rise to the top of our sport, with more authority than General Patton.

In order to understand the importance of genetics, it may be useful to ask yourself this question. If you had to train an athlete for a show and he or she could have a great diet, great training style and intensity, great drug regimen, or great genetics, which factor would you choose to be “great”, assuming you could only choose one? Based on the discussion above, that would be an easy choice for most. It is certainly possible to become a professional bodybuilder with lackluster genetics, though the road will be a long, difficult, and potentially dangerous one, failing to ever lead you to the Mr. Olympia top ten. Genetic makeup is the only factor that absolutely prevents one from making it to the bodybuilding elite all on its own, regardless of how well executed the other three are. Genetics in abundance however, will override all three of the other factors in the search for an elusive IFBB professional card. A man with truly spectacular genetics could certainly become a professional bodybuilder with a mediocre diet, training, and drug plan. Another question one can ask him or herself is the hypothetical situation of a lazy Phil Heath competing against a bound and determined ecto-endo body type man of poor genetics. Could Phil beat a man with “bad” genetics even if his diet, drugs, and training were all only running at 50 percent, while this genetically cursed man is knocking all three of these other factors out of the park? The simple fact that this even has to be contemplated represents the vast superiority of genetics.