The Power of an Underdog: Branch Warren

by Anders JP Eskilsson Here we go again! Yes, that was my first thought when I saw Branch Warren entering the stage during the prejudging prese

Here we go again! Yes, that was my first thought when I saw Branch Warren entering the stage during the prejudging presentations at the latest Arnold Classic in Columbus, Ohio. Because as soon as the spotlights hit the well conditioned physique of the Texas Shredder I realized, damn, Warren had been counted out, once again!

Excluded Before the Show

Before the Arnold, Warren was in general absent in most top 5-6 predictions on the bodybuilding sites and forums. However, there he stood, at the Arnold, with Warrenesque trademarks which include a ripped and massive and powerful physique. Obviously, he was going to be hard competition for anyone to beat on that stage. However, many of us were surprised at his competitiveness… as usual.

This time, Warren was on an even higher level since he’s more symmetrical again after his injuries are healed, especially his legs. From my perspective it wouldn’t have been a huge upset if Branch had edged out Dexter Jackson due to his supreme trademarks.

When it comes to Warren, I must personally admit that I have been one of his criticizers in the past. Mostly due to his training style in his hardcore videos, however, it feels like I’m gradually starting to change my mind. The change concerns his unique and extreme willpower and work ethic and also how he more or less always shows up in great condition on the day of competition, something that is pretty rare these days among the pros. 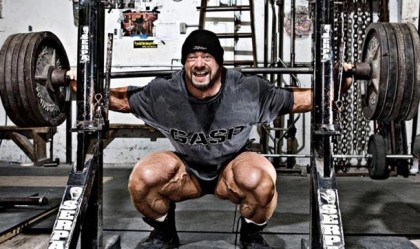 Even if Warren might not have the prettiest physique from every angle, he has specific strong points which make him stand out as a bodybuilder, even among the best in the business. I mean, when those old grainy wheels of fortune start to spin on stage… damn! Then Warren shines all over the venue, and basically forces haters to become fans all of sudden. And who doesn’t respect extreme hard work and dedication, two things Warren presents on stage?

Battle of the Physical Structures

During the last Arnold Classic, the old bodybuilding debates did blow up – I am thinking about the debate which asks if physiques like the one of the more aesthetically pleasing bodybuilder and 4th place finisher Cedric McMillan should be favored over physiques like Warren’s, for example.

Here’s the thing though, McMillan was born as an exclusive sports car right from the start. Possessing shining nice lines, a powerful engine, and a charisma which makes heads turn around.
Branch on the other hand, is more of a modified and busted up HUMMER, back from 1993. Yes, it has its bumps here and there, but – due to its powerful machinery – it is still very impressive when it comes roaring up your driveway. This car is only after one thing, and that is the day of the race, where the whole package counts. It is on the day when the engines start to scream, and the wheels start to spin, it’s on that day that all the elements of competition will matter – not just the beautiful lines of the sports car, it’s on that day that hard work and persistence will beat the genetic gifts, and it’s on that day the HUMMER edges out the sports car! 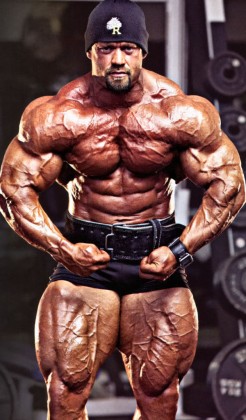 Additionally, regarding the placings at the Arnold in Columbus, and as I indicated I personally had no problem with the outcome of the show at all, because this is not a one-sided exhibition of aesthetic sculptures created by Michelangelo himself. If it were, guys like for example Flex Wheeler and Shawn Ray would have beaten Dorian Yates when they competed back in the day. No, bodybuilding is still about huge muscles, conditioning, symmetry and aesthetics. Conclusively, it is a sport where the result of all the physical components combined does count; that’s what the sport is about!

The Attitude of the Blue Collar Worker

The willpower and determination of Branch Warren is also definitely unique. He is one of the true blue collar workers of the industry, the ones who always leave the factory after everyone else… the ones who always walk the extra mile in their battle for the win and who never leave any stone unturned on their path of reaching their dreams.

Warren has, of course, pro genetics, but not the best. No… he is beating the guys with better bodybuilding DNA due to his extreme mindset which lets him become the best that he can be. It is also this mindset that’s the reason behind Warren beating Cedric McMillan on that cold night in the snow capped Columbus, Ohio of 2015.

The Best Comebacks in the History of Bodybuilding

While writing this article another thing comes to mind regarding Warren’s career. I would rank him as the best comeback story in the whole history of bodybuilding. People can get injured and so forth, but few have made a comeback like Warren has done.

The Texas Shredder has made comebacks after various muscle tears, like torn triceps and quad injuries to name a few. Additionally bodybuilders can manage to return to the stage after setbacks, but Branch has always gone a step further because of his ability to still be one of the top contenders. Sure, Dorian Yates for example, came back to the Olympia after his serious biceps tear, but he retired shortly after his injury and after his 6th Olympia title. Warren on the other hand, has returned to the stage multiple times after injuries and setbacks, and has still managed to be a top threat to winning the whole show.

In closing, when the day comes for us to look back upon Warren’s career achievements, I believe that he will be recognized as being a symbol of a true hard working bodybuilder who won great titles due to his Texas blue collar worker attitude, and from being the man who beat better genetics due to his unique willpower!

All hail to the battle of Branch Warren… All Hail to the Power of an Underdog!