The Obvious Secret to Progress 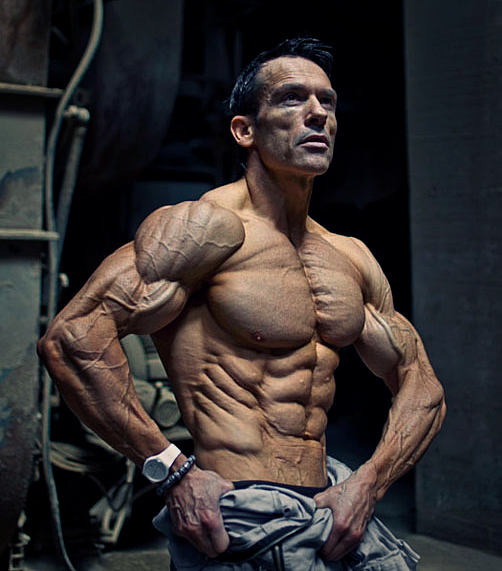 It’s really easy to be enthusiastic about bodybuilding. Anyone reading this can relate to getting bitten by “the bug” as we call it, and we know tons of guys in the gym who would have you believe they are all in for the bodybuilding lifestyle. With the meteoric rise of social media, you are able to display whatever version of yourself you wish to display. Post a pic of a fish and rice meal, a few gym selfies talking about “killing it”, and people on your friends list can’t help but think that is who you are.

In this day in the fitness industry where the majority of your interaction with people exists in this online bubble, you feel like you know people whom you have never met but you are really at the mercy of whicher aspects of their lifestyle they want you to see. If someone only posts fitness related posts you think they only live a fitness related life. Scroll down their page as far as the eye can see and you are bombarded with dedication…or so they want you to believe. What happens in the time between these photos? They sure aren’t uploading pics of them sitting on the couch watching Bachelor reruns after decided to skip the gym for the 4th day in a row. Absent are the handfuls of crackers in between meals and alcoholic beverages on weekends. Is it possible to take a picture of you skipping meals? Thankfully for these types, it’s not.

I’m not the biggest guy in the world, but as long as there are no local super heavyweights or professionals around I tend to stand out like most of us dedicated guys do. This results in being asked a lot of generic questions by guys less advanced, usually kids in their late teens to early twenties but sometimes older and of all ages. Almost without fail, they ask something incredibly hard to answer like “how do I get big?” or something incredibly stupid like “what should I take?”. If they are somewhat knowledgeable and dedicated it’s easy to give them advice on diet and training if they are willing to listen, but let’s be honest most of the people who ask this question are not doing what needs to be done to see progress and simply looking to make minor tweaks. Instead of explaining to them what I am currently doing, I tell them that they need to figure out a basic bodybuilding diet, train effectively, rest properly, and then the part that pretty much makes them tune out immediately – Do it consistently for years and years without fail.

Just to play devil’s advocate let’s pretend that there was a magical stack and/or diet that would dramatically improve their physique in the span of whatever long they are willing to dedicate to their goal. Would it matter? In my opinion it would be useless information. It’s not a lack of knowing what to do that stops the majority of gym rats from ever looking like a bodybuilder, it’s the fact they lack any level of consistency and they don’t stick to the process. This magical plan could put 25 lbs of muscle on them and they would look leaner and feel great, but after the summer is over and they no longer worry about impressing girls at the beach they would slowly strip away the choices that got them started on their path to improvement and end up back at square one. It happens so much that it’s almost hard to take anyone seriously when they ask “how to get big”.

By now I have learned that there is no secret. There is, however, an answer. And that answer is to be consistently dedicated towards a singular goal and never stopping until you achieve it. If you’re goal is to look good in 10 weeks, you may very well accomplish it but I would bet money you probably won’t look so hot in 20 weeks. The honeymoon period with bodybuilding is a very real phenomenon, and people want the results yesterday. The reality is that if you want to achieve any level of success (which is relevant to you and your situation) you must treat bodybuilding like a marriage. There might be days/weeks/months where you don’t feel quite the flame you did on day 1 as you are caught up in other issues in life, whether it be stress from work or any of lifes other realities, but you stay dedicated and loyal and it gives back to you and soon enough you find yourself feeling fresh again. It’s very easy to get excited in the beginning when it’s like a new relationship where you are just uncovering the details and learning the person, but eventually there comes a time when you are no longer staring at your phone waiting anxiously for a call, getting nervous because it took 10 minutes longer to get a reply than you hoped. Once those feelings calm down, are you still committed?