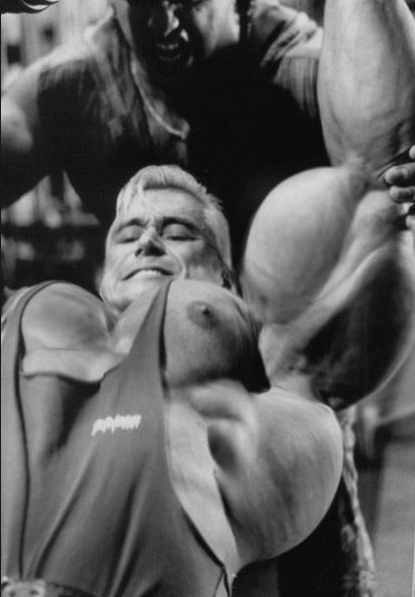 We have images burnt into our heads of how each of these are supposed to play out. Offseason = higher carbs, more food in general, forcing growth and typically using a cycle that is considered suited for this time of year. Many rules have been laid out that simply don’t really need to exist, and that is now shown with people changing their thoughts on how to approach food and chemical use during the part of the year when improvements are the priority.

Typical offseason cycles are built around a high dose of testosterone and long acting drugs in general. For instance, for a relatively big bodybuilder a common cycle to slap on mass would be 1200mg Test, 600-800 EQ or Deca, and cycle in some orals such as dbol and anadrol. I’m not saying there aren’t guys doing double or triple this, but that only helps prove my point. In the offseason, previous ideologies were that size must be gained at any cost, and any unsightly heavy water retention or fat gain was just part of the equation and would be shed off come contest time.

This was also a time when many would slam insulin several times a day to shuttle all those extra carbohydrates “into the muscles” and really push the scale up. Problem is, insulin is not a “more is better” drug and using too much or using it too often can really desensitize your body to it and make it much less effective while also increasing body fat.

Perhaps in the interest of better health, many bodybuilders are now implementing a very moderate chemical regime in the offseason and saving the kitchen sink approach for when it matters most leading up to a show. Also, it should be mentioned that many experienced bodybuilders have said that after they diet all the extra weight and drop all the excess water they gained from the “heavy” cycles and diets, they had added about the same amount of muscle tissue by show day that they would have if they let the drugs come down for majority of the year and then blasted during their diet into contest shape.

A very common “modern” approach to the offseason would look like 200-400mg of Testosterone, commonly Enanthate/Cypionate/Sustanon, 2-5iu of GH, and sometimes a small dose of insulin either before or after training for those inclined to do so. On paper, you would assume the blast listed at the beginning of the article would be responsible for much higher amounts of muscle growth (which could be arguable) but many forget that while we are in a caloric surplus and recovery is higher, we can rely on food for a large amount of anabolism that isn’t present during extreme dieting phases. The thought process here is take enough of the “basic” hormones to put you in an elevated state optimized to train hard and use food to build (almost) nothing but muscle instead of flooding the system with everything they can afford and hoping for the best.

When you have the calories (and the right ones) placed at the right times, some argue you really only need your body to be in a “green light” situation. What I mean by that is, there’s enough drugs in there to put your body in the spot to build muscle and then give it the building blocks it needs. The signal to build muscle is on, just need to give the body what it needs. When food is picking up the slack, the excess drugs could arguably just equal excess side effects.

Dieting is a very different time, when you likely are eating dramatically less food and sleep is even probably poorer. At this time, the extra chemicals can force your body to at the very least maintain but likely even grow, especially if this proceeds an offseason of modest nature.

I’m not personally saying it’s the most effective, but this method is being touted by many respected trainers and bodybuilders who are concerned about longevity in the sport and in life in general, and is definitely something to pay attention to. With all of the deaths in the sport, anything that could potentially change that is worth considering.

It should also be noted that no one is preaching being squeaky clean. Many knee jerk reactions to plans like this imply that someone is A) lying or B) preaching. 300mg of test, 3iu of GH and pre workout insulin IS NOT a “squeaky clean” approach. Give some credit to the power of these drugs when they are introduced to the right situation of recovery and nutrition. This also means when you finally do drop the hammer, the magic can happen!