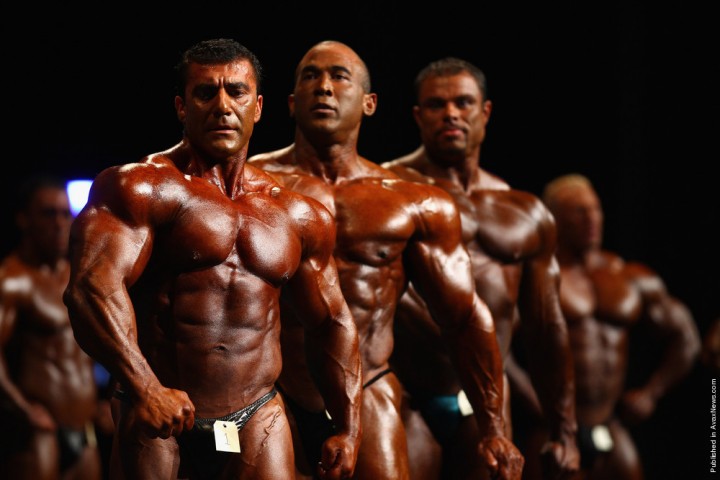 We have heard ideas of how to implement a structured scoring system into the judging of IFBB contests for years but they have never materialized beyond the ill fated challenge round at the Olympia. There’s a variety of ways to add some tangibility to what many consider a complete mess of a system. Some people have suggested ranking it pose by pose so that there is a clear outline of how a competitor might place ahead of his opponents. Others have suggested giving each competitor a score on the multiple factors that the rule book states shows should be judged based on (size, symmetry, condition, etc). Almost all agree that we need transparency in the judging and that each individual judges scores should be visible and more detailed.

The problem lies in implementing such a black and white scoring system into a sport that is anything but black and white. After all, it is a physique contest not an athletic competition. There is an element of “just having it” to a competitors look that cannot be reduced into set criteria.

If you go to a local competition and await for the heavyweight class to come out, if you have any sort of eye for bodybuilding you might already have your top 3 narrowed down before they even sink into any poses. Some people were born to look like bodybuilders while others might build muscle and lose body fat but not get “the look”. Just how somehow is put together can make or break their competitive efforts right out of the gate.

So how do we please everyone? Bodybuilding is not a sport that can be judged on numbers but unfortunately that allows for a lot of suspicion and negative assumptions about how athletes sometimes place where they do. Is simply forcing the judges to show individual score cards enough to increase accountability?

The bodybuilding industry is one shrouded in conspiracy and politics. Accusations ranging from judges simply being friends with certain competitors all the way to bribes or “special trades” (ahem) are not hard to find. Of course the credibility of those making the accusations usually goes further downward the more extreme the claims themselves are, there is certainly no denying that some competitors have personal relationships with judges that could bring their ability to be objective into question. Often times judges promote their own NPC or IFBB shows that feature their closest bodybuilder friends that they are supposed to remain unbiased against as guest posers. Other times the bodybuilders themselves promote their own NPC events which of course brings in lots of money for the organization which undoubtedly couldn’t hurt your chances of falling into the good graces of the “powers that be”…I hate that phrase too, don’t worry.

Who can blame people for coming up with these theories when there is a shadow around the entire judging system and the judges themselves? It’s hard to not be cynical that the “bodybuilding is subjective” thing is just a great way to cover up corruption but the fact is some people hold different criteria higher than others, and until the fans can all agree on one outcome it’s quite hypocritical to suggest the judges got it wrong or threw in the fix.

Personally I would like to see the judging panel at the top IFBB shows be comprised of former elite level bodybuilders instead of businessmen with ties to the athletes. We’d all like to think it would be easy to fix but judging can be a thankless job and not everyone is willing to subject themselves to it just to be called out, even when they might deserve to be. I’m not sure how appropriate a concrete scoring system is for a sport where every body is completely different. At the end of the day there is no way for personal preference and opinion to not enter one’s mind when assessing a physique and I do believe people should reward the physiques they admire. However, the biggest problem is when the judges all agree on a placing that the rest of the world doesn’t and until we get a clearer picture on what they are rewarding there is bound to be commotion from the fans.