The Great HGH Debate: Is It Anabolic 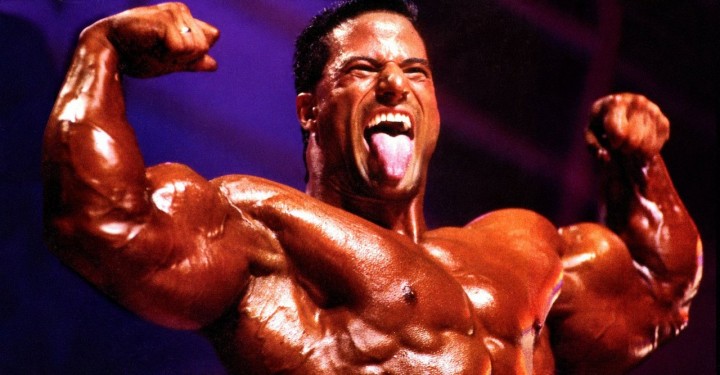 Human growth hormone was first experimented with by bodybuilders in the late 1970’s. This very expensive and once hard to find hormone was rumored to be the most effective bodybuilding drug to be discovered since the steroid era began in the 1950’s. The small number of bodybuilders that had access to HGH at this time were paying a small fortune for it in hopes of building a physique that was superior to other bodybuilders during this era. Human growth hormone was extracted from the pituitary of human cadavers until 1985, when it was then replaced by a synthetic version produced by recombinant DNA technology. Steroid guru Dan Duchaine, touted HGH as being a highly effective anabolic drug in his underground steroid handbook, which was released in 1982. Duchaine later contradicted his original view on HGH in 1989, when he claimed that HGH had little value to athletes in the second edition of his underground steroid handbook. This back and forth view on the effectiveness of HGH as a muscle builder has continued to this day.

Acromigaly is a medical condition in which a person’s body produces too much growth hormone. When this condition is left untreated, the person has shown to have an increase in fat-free mass and water content. Acromegalics appear to carry more muscle mass than normal, but do not have higher than normal strength. This does raise some questions on whether human growth hormone has an anabolic effect or not.

Structurally, human growth hormone is a peptide of 191 amino acids. It stimulates growth, cell reproduction and regeneration in humans. Growth hormone is used in medicine to treat children’s growth disorders and to help prevent muscle wasting in AIDs patients. Doctors have recently started to prescribe human growth hormone in adults that may be deficient due to aging, in an attempt to restore vitality.

The New England Journal of Medicine published a study in 1990, where human growth hormone was used to treat a group of men over age 60. The men were given HGH showed an increase in lean body mass and bone density, while the group not receiving HGH did not. This led to the American Academy of Anti-Aging medicine promoting HGH as an anti-aging drug. The same year this study was published, the Federal Food, Drug, and Cosmetic Act was amended and a new section was added that stated a person who distributes, or possesses with intent to distribute HGH for use in humans other than for the treatment of a disease or other recognized medical condition, where such use has been authorized by the secretary of Health and Human Services has committed a felony. The attention HGH received from the New England Journal of Medicine played a role in its government regulation in 1990. It also gave HGH the reputation of a drug that is highly responsible for muscle growth. It was quickly added to the banned substances list for doping tests given to athletes.

Extremely high levels of naturally produced human growth hormone is responsible for the disfiguring effects that have been seen in individuals that suffer from acromegaly, such as Andre the Giant It is also responsible for the larger than normal body mass that is seen in acromegalics. This disfigurement and oversized body that is associated with this condition has led people to believe that taking HGH will lead to a tremendous amount of muscle growth along with disfiguring side-effects. This is a false statement. Human growth hormone use has been approved by the FDA, which means this drug has acceptable safety when used in its approved way. As with any drug, HGH does carry a risk of side effects. Some users may experience joint pain and swelling, carpal tunnel syndrome, and it may increase the risk for Hodgkins lymphoma.

There is well documented evidence showing that HGH possesses lipolytic actions, and it plays a major role in body fat levels in humans. However, there is still reason to doubt whether HGH has an anabolic effect that leads to an increase in muscle protein synthesis.

Researcher, Kevin Yarasheski, of the Washington University School of Medicine in St. Louis, conducted a study where he administered HGH for five days a week to healthy but sedentary young men. The experiment required the men to participate in a 12 week bodybuilding program to test whether or not HGH increased protein synthesis and strength when used with exercise. The results showed that the group using HGH made the same gains in muscle and strength as another group that was given a placebo. It was interesting that the study found no increase in muscle protein synthesis and no decrease in muscle catabolism despite an elevated level of circulating IGF-1 from HGH administration. It might be concluded that HGH may lack anabolic action in young individuals that are not suffering from human decline.

IGF-1 is believed to be very anabolic in action. This peptide is constructed of a chain of 70 amino acids and is produced in the body from HGH. IGF-1’s anabolic actions are thought to come from stimulating muscle cell growth and division. It is known that IGF-1 can enable HGH deficient HGH deficient children to grow to a normal height, and it can help hormone deficient adults to maintain preferred muscle-fat ratios. The anabolic effects of IGF-1 have appeared favorable when given to subjects that are deficient in HGH or IGF-1. But the ability of IGF-1 to show anabolic effects in someone who isn’t hormone deficient is still very questionable.

HGH has long carried a hefty price tag, and there has been a major problem with counterfeiting this hormone. Because of this, there isn’t a lot of legitimate feedback on the use of HGH by bodybuilders in comparison to cheaper and less counterfeited drugs, such as anabolic steroids. Most users of HGH, use it along with various steroids. This makes it difficult to determine if any progress was directed by the HGH or from steroids. Hormones often work synergistically, and when this occurs, one plus one may equal three, instead of two. This is more than likely with the combination of HGH and anabolic steroids. It is highly doubtful that HGH creates an anabolic environment on its own, but it could enhance the anabolic environment that is created by anabolic steroids. As long as all of the actions of HGH aren’t all known, there will remain a debate on whether this hormone can cause an increase in muscle mass in healthy individuals.