The Fear of Losing Muscle Mass 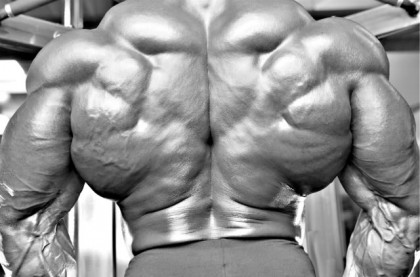 Many of us who start with bodybuilding or weight training will sooner or later get notifications from our surroundings about our weight gain and increased muscle mass. Our friends, colleagues and family can clearly see that we are progressing in our training and that we are putting on some muscles. Many people are quite impressed and questions about training are also starting to come up more frequently. For example, what you should eat or not, or what exercise is good for this or that particular muscle group. Additionally, the classical question “How much do you bench?” is a granted one for certain. This whole package belongs to the territory of stepping into the world of bodybuilding.

The physical recognition people receive from the outside world because of training is a generally good feeling, of course, a feeling which boosts the self-esteem and also builds and changes parts of our identities.

Then as time elapses our new physical presence is gradually growing more and more into our character. We are more or less aware of this deeper transformation which is occurring since we started to train. Nonetheless, we can for certain see that the numbers on the bathroom scale are increasing and the mirror is witness to our positive physical progress. Conclusively the perception from people around us is different now since our new lifestyle is becoming one with our identity.

However, after months and years of successful training there will sooner or later be a backlash scenario. The time when something such as an injury, illness, coming off a cycle, getting into a new relationship, or just low motivation will interfere with our new lifestyle. This lay off can be shorter or longer, of course, but most of the time people get back into training after a while. One thing is certain, though, the time will come when the numbers on the scale will begin dropping, and it may have a psychological impact in one way or another, some more than others.

In addition to the layoff people around you will now start to take notice your weight loss. You may encounter comments like “Damn how small you have become” or “I didn’t recognize you at first,” or “you’re so much smaller since the last time I saw you”. These remarks are generally not meant to harm anyone; the people around you see what they see, but it can still be hurtful to hear that you have gotten smaller due to the lay off from training.

These comments aren’t always easy to cope with, especially if there isn’t anything else that people really identify you by. Because now you are the previously huge guy who’s small all of a sudden! And this can really feel shitty; it’s like your persona is cut in half or even more in some cases. It also hurts because of all the hard work, food and money spent on your physical project. Moreover, losing muscles due to whatever reasons can be pretty rough mentally, especially if you are a young guy, in the first stages of life, and molding your identity.

What’s important to realize is that identities are fundamental for anyone to work properly throughout their lives. Identities which, for example, can include being a passionate teacher, a musician, or a politician, the list goes on. The interests you love and that you in return get identified by. I am thinking about an interest or a job that we love to do, because who wants to get defined by or connected to something they don’t love.

Additionally, I believe that the people who don’t seem to get bothered or anxious from losing muscle mass are for are those who have passions besides bodybuilding. In addition, some of the best bodybuilders in the world from Arnold to Lee Haney, Kevin Levrone and Jay Cutler, all have great interests or passions besides bodybuilding; everywhere from being a musician to having a great passion for football, business, to acting, and politics.

I personally have never been a believer in putting all of your energy in more or less only one field or interest in life and clearly none one of the men mentioned previously have either! That doesn’t mean that you love bodybuilding less just because you have other things that make you tick through life, of course. I actually believe that it can strengthen and balance your skills and love for a particular passion if you combine them with others on the side.

For these reasons, look outside of the world of training and find other interests that you can identify yourself with and that makes you feel creative and gives you happiness. We have to dig deeper. We are so much more than just a face or muscles. This might be easier said than done for some of us, but keep the words in your mind and works towards this important principle.

Last words, one thing is certain, there will come a day if it not has arrived for you already… a time when you are faced with losing muscle mass, and when you do, be prepared. The solutions this article provides are the importance of a variety of interests besides bodybuilding. You can’t let your physique define your whole persona, because if you do then the day when you get out of shape or lose a few pounds of muscle, well, you may find that see yourself as half the man you used to be.