The Doomsday of Bodybuilding Magazines 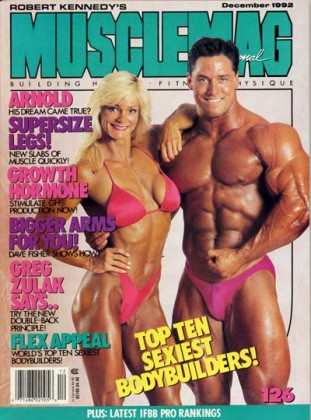 There is a reaper walking around, from town to town shutting them printing house’s down. He is putting an end to all our former monthly bodybuilding bibles. As we all know the Bodybuilding & Fitness Magazines are slowly fading away. The pages of the magazines are vanishing – year after year.

This article will reminisce over the good and bad with the printed magazines slowly dying and media of today with magazine killer reaper number one – the internet.

Bodybuilding mags, they could lay around everywhere in our homes – from bathroom, on the top of vintage TV set or in the couch – under the bed or stacked in piles in shelves and wardrobes. One of the positive things about a printed magazine is that it’s your own piece – a real thing to hold in the hands, shiny and glossy and at many times with a great layout to cover the monthly issue. They do actually remind us of the old covers to the LP records in some ways. In those terms mags are a whole more unique than getting feed news while sitting in front of computer screen.

During the hay days of bodybuilding magazines hay day it was a lot more difficult to find the news or content you were looking for in the bodybuilding world. I do recall that it could take me 40-45 minutes by tram into town to buy me the latest muscle and fitness or FLEX magazine the pre-internet days or in its absolute beginning. This also made the content somehow more exclusive and easier to remember.

One the other hand – everything many of us wanted back in the 90’s was to have the ability to get a lot more news about the bodybuilding community. News about what contest that were coming up – who’s line the line up? Who is this new pro bodybuilder from Germany everyone is talking about – anyone seen pictures of him? – additionally what the Pro bodybuilders lives looked like outside of the basic stats in the printed in a magazine. – Do they live normal lives like us at times – what were their interests outside of training? Scenarios were you didn’t have more or less of a clue what shape or conditioning the Olympia contestants were in was not uncommon.

At some times we didn’t have any knowledge about their shape more than the facts from the pictures you saw of them competing the last time the Arnold Classic. Or maybe just a few photos here and there or just recall the last photos from the Arnold Classic before the Olympia or from an interview or similar. Other times we had no ideas at all about their physical progress since the last time we saw them until they stepped on the Mr. Olympia the same year and we could see the pictures 4 weeks later at times. Questions that came up during this era could for example be: Will Nasser El Sonbaty have what it takes this time to be in the top 3 – is his dept in his back muscularity improved since last year? – Is it possible that his powerful muscularity will overwhelm the aesthetical and pleasing physique of Shawn Ray or can he even hang with Dorian Yates?

Reminiscing back around 20 years ago I remember one time when I sat with my friend who actually had this thing called the “internet”- we had found a site or a base that actually had some bodybuilding content to download. It took us like 10-15 minutes to download a picture of a bodybuilder – maybe Lee Priest I can’t remember – then you sat there for awhile too – studying, thinking – what the h*ll is that dude eating to get that big? As I mentioned we appreciated the pictures and content in a different way.

I do also remember what excitement it could y communicating to someone in a different country from the computer. One time when I chatted with someone from France or another country who are you chatting writing to – Is she in France? My god – for real in France –from pc to pc? – This is f*cking magic, unbelievable! Sure – we may laugh and it today because it is a bit humorous – but at the same time it still is a bit magic within just seconds. But that’s a different story.

When it comes to more of the plus factors of today’s media output it does provide a much broader spectra of all content, we can reach out so much further than we use to do. The marketing of fitness through the internet has went so far that it partially has inspired a whole new generation to get interested in nutrition & training and what also has lead them to get motivated to buy their first gym membership.

Internet does also consist of self promotion on social media as instagram, facebook, twitter being an athlete or not. Additionally the social media system does get too much at times as the most of us realize there is a freaking overload were It almost seems like the smart phones and computers are consuming us instead of them. Then internet breaks are of course important – but that is easier said than done.

The paradox is of course – if you take a time off the sites and forums for awhile you start to miss them quite fast. It is extremely hard to go backwards in the technical ways of communicating and getting news – when the world is walking further and further into the future.

Final words, well maybe a few of the printed mags will live a while longer but the reaper and his digitalized storm hasn’t finished their work yet – the newsstands are decreasing day by day – just have look in the supermarket the next time you’re going for grocery.

To be honest this is what many of us wished for 20 – 30 years ago and I guess we got what we asked for. In addition even if the old school media had some strong points I would never want to turn back time and be isolated like before and wait 4 weeks to get some news and content in one of the latest printed bodybuilding magazines.