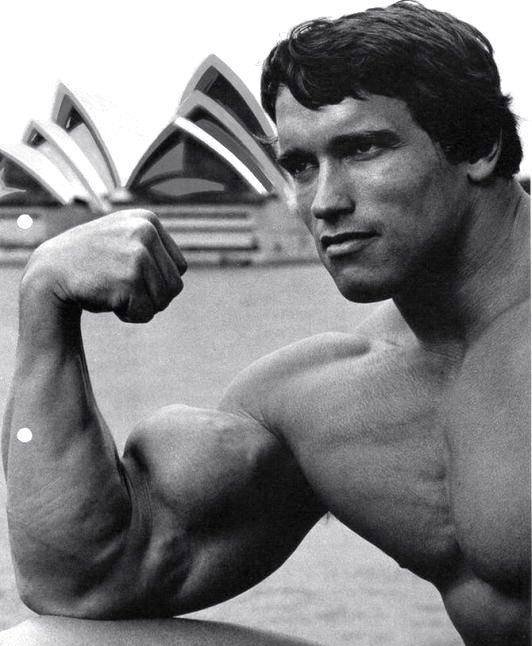 In the relatively short time since Eugen Sandow coined the term “bodybuilding”, bodybuilders have been partaking in a diligent series of trial and error in regards to how they should or should not train, eat and supplement, in their quest to build the perfect physique. When listening to current discussions revolved around bodybuilding training, the most commonly heard topics are things such as intensity, volume, rep numbers, weight amounts, rest times, etc. The decision of whether or not to train a specific body part at all, due to its genetically superiority, also comes up at times, albeit rarely. In the current training hurricane that is FST-7, YT3, Dogg Crap, Mountain Dog, Touch Up, Power Building, etc. it seems the tactic of stopping to think if one should continue to train each body part has gotten lost in the storm. This could very well be a colossal mistake, which is continually repeated in the upper echelon of bodybuilding.

The catalog of IFBB pros whose physiques may be suffering at the hand of over training already strong body parts is not overwhelmingly long, though these athletes certainly exist. Three ideal examples are Johnnie Jackson, Eric Fankhouser and Ben Pakulski. It is no secret that Johnnie is in dire need of leg mass to match his world class upper body. However, anybody who has seen him train back or chest will clearly see that Johnnie mutilates both of these muscle groups, with a level of intensity that most bodybuilders rarely reach in any workout. Fankhouser is in a similar situation, with his lower body, especially calves, vastly overpowering his torso. His calves in particular are so gigantic that they make his tree trunk legs look more like saplings. Despite these facts, Eric can be seen hammering away at his quads and hams. Even more frustrating is the fact that The House also trains his whiskey barrel sized calves on a regular basis, which just so happen to be the best calves on earth, simply by nature. Speaking of giant sequoia like legs that probably should not be trained, Ben Pakulski can also be seen slaughtering his jumbo legs with bone crushing weight and intensity on occasion, despite them overpowering his upper body. His arms most notably.

At first glance, the reasoning behind choosing to not train a particular body part is to prevent that body part from further out-growing the rest of your physique. While the premise is sound, it fails to paint the whole picture of why it may be significantly counterproductive to intensely train strong body parts. Training these body parts with a vengeance will not only cause them to continue developing out of control, but it may also prevent weaker body parts from improving appropriately. As everyone in our industry already knows, there are a select number of factors which lead to muscle growth, none of which are of an infinite nature. That said, it would stand to reason that Johnnie bombing his superior chest and back will indefinitely use up nutrients, recovery time, and energy, leaving less of these assets available to his sub par legs. The decision to drastically reduce training genetically gifted body parts will allow more nutrients and recovery time to be put towards rebuilding weaker parts, and leave more time and energy to put into training these parts. That said, one could make the case that training genetically superior body parts may not only cause those body parts to grow out of control, but it could also sabotage an athlete’s weaker body parts, further amplifying the discrepancy between the two. In the case of Ben Pakulski and Eric Fankhouser, skipping out on leg day theoretically reduces the chances of injury as well, and absolutely limits the amount of wear and tear on the body, especially if theses guys are squatting heavy.

The most obvious reason that bodybuilders continue to hammer away at body parts that grow so easily is because these body parts tend to be more “fun” to train than less gifted parts. Athletes are often much stronger when training dominate muscle groups, allowing them to throw around huge weights, boost their ego, and impress other gym members. Not only that, but we all know the gratification of seeing a genetically dominant body part pumped up to the max in the gym mirror. The other big reason being that many bodybuilders feel lazy or like they are not putting enough effort into their physique if they intentionally skip a body part. While this is noble reasoning, bodybuilding is judged based solely on appearance, not the amount of work done, the intensity of that work, or how hardcore an athlete is.

Fortunately, there is light at the end of the tunnel, as it pertains to IFBB pros beginning to realize the importance of holding back on these mutant body parts. This light comes to us in part via IFBB pros Evan Centopani Jason Huh, and Sergio Oliva Jr.. Evan has said on many occasions that he chooses to train only chest, back, and legs for extended periods of time, immediately following shows. This tactic eliminates all training for his arms and delts, which are his naturally dominant body parts. Jason Huh on the other hand, in a more extreme example, has stated that he refrains from training his seemingly myostatin deficient legs all together, for nearly a year at a time. More recently, the son of The Myth, Sergio Oliva Jr., stated that he could not remember the last time that he seriously trained his arms, and he trains his quads very mildly, as well as infrequently. Mr. Olympia himself, Phil Heath, does train his massively gifted arms (pun intended), although the sessions are few and far in-between, and he does not train them all year long. Even so, it may behoove Phil to put a stop to his arm training entirely, seeing as anyone with properly functioning eyes can see that they overpower most all of his other body parts.

One look at these two behemoths proves that with elite level genetics, blessed body parts can be trained quite sparingly, without losing an ounce of freakiness. This being the case, it might be of interest to many other IFBB pros to consider following suit, by drastically reducing the time and effort they pour into their already dominant body parts.