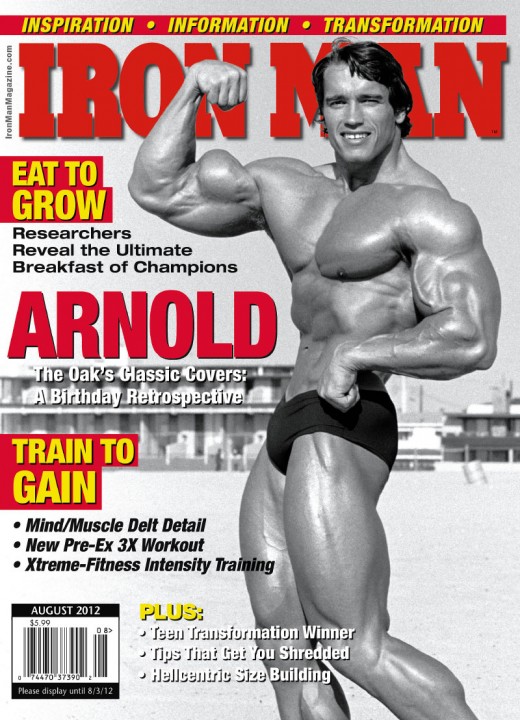 In the end of 2014 one of the more historical and still printed bodybuilding magazines was finally sold to a new ownership. This classical magazine had focused on and supported the true fundamentals of bodybuilding over last 20 years, and because of that it has really been appreciated among global readers.

However, quite shortly after the new owners of 2014 had taken their seats at the old office in Los Angeles of the once important magazine, things started to change, really change. New directions were set for the future; a vision which meant that the magazine previously focused on bodybuilding in its purest and most basic form was getting slaughtered in favor of the new type athletes or models who generally consist of social media quasi-celebrities with more or less no competitive background at all. They are just face and abs promoting products. Or in other words as Big Lenny of Delray Fitness would call them – “cookie cutters” of the fitness industry, with only one purpose – to sell.

The previous covers of the magazine use to include bodybuilders like Arnold Schwarzenegger, Bob Paris, Jay Cutler, Lee Haney, Mike O’Hearn, and Lee Labrada to name a few. Additionally, athletic women were also used on the covers. The articles and interviews also focused more on the front runners in the IFBB & NPC. But also nutritional and supplement advice derived from real expertise could be read on the pages.

However, this concept has radically transformed into a lower quality of writing and models that look more like either college surfer dudes with six packs, or black and grey soulless photos of lookalike athletes with same hair cut and stubbly beard. Additionally, the girls of the mag today have no muscles or definition; they look more like actors who took a break from a Hollywood B-porn set to do a quick cover shoot.

As I see it, this new concept is dishonoring the whole fitness industry, especially when magazines like this one used to be the Holy Grail for hundreds and hundreds of great athletes, and even former Mr. Olympias use to read the mag, page for page of the magazine to gain knowledge about training and to get inspired by all the great athletes which were featured. It’s a shame it has turned from being the Holy Grail into becoming more of a cheap, fitness porn mag. And if that’s the industry you want to dig into, well, the whole web is full.

I have actually spoken to one of the new owners in previous times, and during the conversation he expressed hostility towards bodybuilders and the culture around it, although he was a competitor himself, before business and fast food took over the lifestyle. He also mentioned that the sport is basically dead.

It is true however, the bodybuilding and fitness industry is changing, but I don’t think any online or print magazine should be proud of being a co-murderer and hammering the nails in the coffin and putting it 6 feet under. And who says that these bubble gum models which magazines cover are forever? They are semi-popular for some groups at the moment. However the fitness and bodybuilding industry develops over time and so quality is an important element to have in mind if you want the industry to grow strong and solid into the future.

Other important factors are the consequences of publishers who generally only cover the model-type fitness enthusiast instead of competitive division athletes. Readers might begin to taking the easy way out in their training, which theoretically could lead to a decline in the quality of the gym world, and even among front runners of the future competitive competitors of the NPC & IFBB.

In addition, Classic Bodybuilding is coming up in 2016, a division which will be judged on more aesthetical types of physiques, which additionally could be a perfect choice to cover if more aesthetical ideals are the core of the magazine, but when it comes to this mag, well, men’s physique is as hardcore as it will get.

Furthermore, I have colleagues and friends who have been writing for this magazine. One who wrote for them close to 15 years (every single month). They didn’t even ask if he wanted to continue writing his dynamic column, or give a simple thank you for all the content he brought to the magazine for all those years. The notification he received was only a letter for subscribing to the magazine.

After they fired most of their writers, the new owners came up with another brilliant concept – not to pay their contributing writers at all. Instead they formed a new policy which said that “it doesn’t cost anything to submit articles.” But wait a minute, doesn’t cost anything? Writing articles or columns is like most jobs around. It can take hours, sometimes days to finish, and be emotionally stressful to finish, even if it’s done with passion.

It’s important to emphasize that the last thing we need inside and outside this industry are people or companies which work against real bodybuilding, and just want to make cash. Sure there are new ideals taking place but that doesn’t mean that you should neglect the roots of true bodybuilding just because there is believed to be more money in the bubble gum fitness culture. In addition, there’s nothing wrong with earning money, but how about some passion behind the business?

It’s as if a magazine or site for tennis players only promoted the models who look somehow good with a racket in their hands, instead for example of using the real athletes on the court of Davis Cup or Wimbledon. It’s a ridiculous concept to say the least.

And no one should forget that it was the real bodybuilders who built the foundation of this industry. Without them there wouldn’t be a global movement like it is today. In addition, many pro athletes are struggling hard financially to go round, even at the highest levels, and they are doing the heaviest work around, so of course they are entitled promotion and covers. And trust me, fans even want to see them a lot more than what they are doing today, both online and inside what’s left of the era of the printed magazines.

In closing, my suggestion for the bodybuilding fans of today, and for those who still actually buy the printed mags; buy and support real bodybuilding magazines like Muscular Development or Flex Magazine. These mags unify business with passion, which in their case means: Respect and support the future of b