The Blade, The Blonde Myth, And The Fountain Of Youth 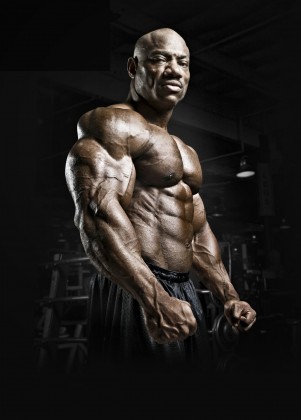 Dexter Jackson’s recent success at the Arnold Classic and Mr. Olympia, despite being 45 years old, has officially catapulted him deep into legendary status. Dexter has joined the ranks of our sport’s age-defying elite. These ranks include names such as Robby Robinson, Albert Beckles, Darrem Charles, and a few select others. However, there is one name, a name that every bodybuilding fan is well aware of, that is rarely, if ever, included in this list, but certainly deserves to be. That name is Lee Priest. Whether you are talking about the longevity of his professional career, or just his bodybuilding career in general, few bodybuilders are in the same league as Lee. Lee competed in his first bodybuilding show when he was 13 years old. Competing in a bodybuilding show at such a young age is amazing enough as it is, however, being able to compete with the best in the world 30 years later is truly incredible.

One would be hard pressed to find any bodybuilder in our sports history who could have matched Lee’s physique head to head at 15 or 16 years old. By 16 he had crafted a physique most of us would need several decades to achieve. Lee won the IFBB Mr. Australia at the ripe old age of 17, a show he would win three consecutive times, setting one of his many records. At only 20 years old, Lee became one of the youngest men to ever earn an IFBB pro card. Lee was immediately a force in the pro ranks, placing 7th at the Arnold Classic in 1994 at only 22 years old. The reason this is significant is the fact that many of the athletes who have had extreme longevity in our sport were not always super competitive. Lee on the other hand, was mixing it up with the best in the world from day one.

In 2013, Lee won the NABBA Universe, displaying a physique that, depending on who you ask, could very well have placed 7th yet again at the Arnold Classic that same year. What this means is that Lee successfully maintained his ability to place top 7 or better at the second largest bodybuilding show in the world for 19 years. Can you name another bodybuilder who was capable of placing top 7 at the Arnold for 19 years straight? Ironically enough, Dexter just so happened to place 7th at his first Arnold Classic as well, in 1999. Dexter managed to win the show this year, some 16 years later. Purely from a longevity standpoint, it will be another 3 years before we know whether or not Dexter can match Lee’s 19 year run. It is hard to imagine he will fail at accomplishing this, but he will be nearly 49 years old at that point, and you never know. We also do not know how Lee could have done at this year’s Arnold assuming he was never in an accident that prevented him from properly training for nearly a year, and of course, was allowed to compete. Judging by how he looked just two years ago in 2013, it seems very possible that Lee could have brought a physique to the stage worthy of top 10 finish, maybe even as high as 7th. This would have stretched Lee’s Arnold classic run to an unfathomable 21 years. In Dexter’s defense, he obviously won the Arnold 5 times, and while Lee placed as high as 4th, he never won the show. However, this is a discussion of longevity, not who is or was a better bodybuilder. 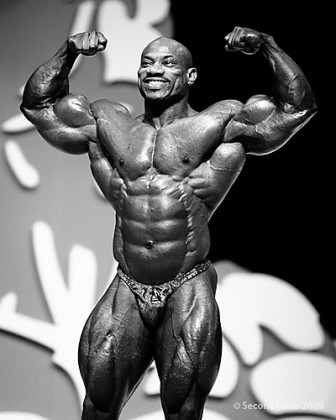 Some would argue that while Lee has displayed great longevity, part of it may be due to the fact that he has taken several years completely off from competition over the last 20 years. While this is true, it must also be noted that in Lee’s heyday he averaged around 6 shows a year, and in 1997 actually competed in 11 shows in a single year. While Dexter’s average number of shows per year is probably around the same as Lee’s 6, the most shows Dexter has ever done in a single year is 8, although he did do this an impressive two years in a row.

So why do Lee and Dexter have such incredibly longevity? The main factor of course, is genetics. These two are in a genetic tax bracket that most elite athletes cannot even fathom. Lee was able to build a pro caliber physique by the time he was in his late teens, used extremely low doses of the necessary bodybuilding drugs, often times none at all during the offseason (more on that later), and was able to lose 80 pounds in 10 weeks for contests. Dexter on the other hand, openly admits that he ate junk food while dieting for shows most of his career, while successfully avoiding cardio and ab training all together. Dexter does not openly discuss his drug use, although he has made mention of never needing a lot of “supplements”. I would bet good money that his doses were very low in comparison to his opponents for the majority of his career.

As any bodybuilding fan will know, Lee Priest may be the most outspoken athlete on the topic of drugs that we have ever seen. Lee would get himself into trouble with his drug talk, while simultaneously forming and destroying his extensive fan base. Lee would claim these low, sometimes nonexistent (off season), drug doses that would automatically compel a person to either think he was a liar, talking to the fans like they are stupid, or that he is actually just a true genetic anomaly. Many people think these low drug amounts, which are essentially one fourth or less of what is generally accepted as a “pro cycle”, are impossible. However, Lee is known in our industry for his extreme honesty, and this honesty was the source of many, if not all of his problems. Lee was brutally honest in regards to topics that got him banned from the IFBB as well as made people despise him. So why would he lie only about his drug amounts? This little honesty paradox, coupled with Lee’s blatantly obvious genetic gifts, is more than enough proof for me to believe Lee’s underwhelming drug claims.

The results of these genetic realities include, less physical and mental stress, more time for rest, less physical wear and tear, a healthier body, etc., all of which increase the potential for competitive longevity. While it is important to recognize the unbelievable accomplishments of Dexter Jackson, it is equally important that we do not overlook the seemingly inhuman abilities of other athletes, who may be unfairly ignored for political reasons. After all, our passion is for health, training, eating, competing and everything else that is bodybuilding, not political correctness or any other related nonsense.