Testosterone and Fat Loss – Looking at the Evidence 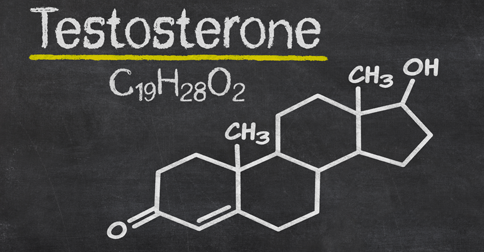 It is well documented that obesity may cause hypogonadism, and that hypogonadism may cause obesity [1-4] This has generated debate about what condition comes first; obesity or hypogonadism? And what should be the first point of intervention?

In this article I will summarize data from several reviews on the associations of hypogonadism and obesity [1-4], and make the case that these conditions create a self-perpetuating vicious circle. Once a vicious circle has been established, it doesn’t matter where one intervenes; one can either treat the obese condition or treat hypogonadism first. The critical issue is to break the vicious circle as soon as possible before irreversible health damage arises.

Nevertheless, as I will explain here, treating hypogonadism first with testosterone replacement therapy may prove to be a more effective strategy because it to a large extent “automatically” takes care of the excess body fat and metabolic derangements. In addition, treating hypogonadism first also confers psychological benefits that will help obese men become and stay more physically active.

• Traditional obesity treatments with diet and exercise programs are notorious for failing in long-term maintenance of weight loss due to lack of adherence. Anti-obesity drugs have limited efficacy and may not be without adverse effects.

• In the prospective Massachusetts Male Aging Study (MMAS), non-obese men who became obese had a decline of testosterone levels comparable to that of 10 years of aging.

• Testosterone deficiency and obesity each contribute independently to a self-perpetuating vicious cycle.

• Treatment of hypogonadism with long-term testosterone therapy, with or without lifestyle modifications, effectively treats obesity by correcting testosterone deficiency; one physiological root cause of obesity.

• In contrast to the U-shaped curve for weight loss seen with traditional obesity treatments, which are characterized by weight loss and weight regain, treatment with testosterone therapy results in a continuous reduction in obesity parameters (waist circumference, weight and BMI) for >5 years, or until metabolic abnormalities return to healthy ranges.

Obesity, classified by the American Medical Association in 2013 as a disease, is an epidemic that is rapidly spreading globally. Obesity is the most common preventable disease and the most common modifiable risk factor for several chronic diseases [5, 6]; it is notable that obesity is an independent risk factor for cardiovascular disease [7, 8] and type 2 diabetes [9, 10], as well as an independent cause of increased morbidity and mortality.[5] With the contemporary pervasive unhealthy food habits and sedentary lifestyles, it is anticipated that the prevalence of obesity and its health consequences will continue to rise.[11] Over the last decade, an escalation in diabetes incidence has paralleled the rapid increase in obesity prevalence, constituting a global health crisis.[12] The concurrent occurrence of obesity and diabetes in the same individual, known as “diabesity” is also rising in prevalence at a fast pace.[13, 14]

A comprehensive program of lifestyle modification can produce a 7% to 10% reduction of body weight and clinically meaningful improvements in several cardiovascular risk factors, including the prevention of type 2 diabetes.[15] However, long-term maintenance of lifestyle induced weight loss is notoriously difficult and fails for the large majority.[16] In turn, anti-obesity drugs have limited efficacy and adverse side effects that limit their use.[5, 17]

Thus, few effective treatment options for lasting weight loss are available to obese individuals. This is a serious issue, as obesity is an escalating epidemic posing a tremendous burden on both the individual and public level. According to a recently published report “Overcoming obesity: An initial economic analysis” from the McKinsey Global Institute (MGI),” obesity is one of the top three preventable social burdens (along with smoking and violence/war/terrorism) generated by human beings” imposing an estimated annual global direct economic burden amounting to 2 trillion USD.[18]

Therefore, new interventions are urgently needed to combat this alarming preventable threat to society. A new line of reasoning has suggested that it is time to test hormonal theories about why people get fat.[19] Testosterone is a promising candidate.

Multiple lines of evidence, from experimental to observational studies, and randomized controlled trials of both testosterone therapy and testosterone deprivation, show the critical role of testosterone in regulation of body fat metabolism and body composition.[1-4]

Multiple observational studies in community-dwelling men suggest that obesity leads to decreased testosterone. Cross-sectional analyses show that obese men have lower testosterone levels than age-matched non-obese men.[20, 21] In the prospective Massachusetts Male Aging Study (MMAS), non-obese men who became obese had a decline of testosterone levels comparable to that of 10 years of aging.[22] Another prospective study confirmed that weight gain results in a proportional decrease in testosterone levels at follow-up.[23] Obesity, metabolic syndrome, diabetes and dyslipidaemia have been identified as risk factors of incident hypogonadism.[24]

Support that obesity is a cause of hypogonadism comes from studies of weight loss (induced by either low-calorie dieting or bariatric surgery) which show increases in testosterone levels proportional to the amount of weight lost.[25]

Further proof of the causal role of testosterone in the pathogenesis of obesity comes from a growing number of studies showing that testosterone therapy significantly reduces several markers of obesity, (including weight, waist circumference and BMI)[29-33], total body fat mass [34-39] and intra-abdominal fat mass.[39-42]

While testosterone is most known for its effect on libido and sexual function, it plays a key role in fat, carbohydrate and protein metabolism as well.[39, 43-47] The exact mechanisms by which testosterone acts on pathways to control metabolism are not fully clear. Nevertheless, data from animal, cell and clinical studies show that testosterone at the molecular level controls the expression of important regulatory proteins involved in energy and substrate metabolism.[43] The cumulative effects of testosterone on these biochemical pathways would account for the overall benefits seen with testosterone therapy on fat loss and body composition.

When taking into consideration both sides of the testosterone – obesity link, it becomes clear that a bidirectional relationship exists between testosterone and obesity, initiating and reinforcing a self-perpetuating cycle (figure 1).

On the one hand, increasing body fat suppresses the HPT (hypothalamic-pituitary-gonadal) axis by multiple mechanisms; via increased insulin resistance, metabolic syndrome and diabetes [48, 49], and elevation in estradiol and cortisol levels.[50, 51] Because of its mechanistic and clinical evidence, it has been suggested that obesity-induced hypogonadism should be regarded as a distinct clinical entity and subtype of (hypogonadotrophic) hypogonadism.[52]

On the other hand, low testosterone promotes accumulation of total and visceral fat mass, thereby inducing and/or exacerbating the gonadotropin inhibition, which will further reduce testosterone levels.[48, 50, 51] Testosterone may exert a bi-phasic effect on metabolism; an acute improvement in insulin sensitivity that occurs rapidly within a few days to few weeks of treatment, before loss of fat mass becomes evident; and a long-term effect achieved when a significant reduction of total and visceral body fat occurs.[2]
A recent placebo-controlled study investigated the effects of testosterone therapy on obesity, HbA1c, hypertension and dyslipidemia in hypogonadal diabetic patients.[53] It was found that testosterone therapy did break the metabolic vicious circle by raising testosterone levels, and it was concluded that re-instituting physiological levels of testosterone has an important role in reducing the prevalence of diabetic complications.[53]

Testosterone therapy as an obesity treatment confers additional benefits in that it consistently improves mood and feelings of energy, and reduces fatigue [54-58]; this in turn may bolster motivation to adhere to diet and exercise regimens designed to combat obesity.[2] This has been demonstrated in studies that added testosterone or placebo to diet and exercise recommendations or structured programs.[59, 60]

It has been suggested that hypogonadism is “the common denominator between the development of insulin resistance in the long term and the immediate experience of fatigue”.[61] Androgens, by improving mitochondrial function, control the sense of energy and vitality, and the “pick-up-and-go” mentality, as well as possibly influences the pathogenesis of insulin resistance, type 2 diabetes and cardiovascular disease.[61] Therefore, testosterone therapy, by addressing a root cause of obesity, can help obese men adhere to exercise programs and thereby not only break the vicious circle, but also initiate a health promoting circle.

It is of utmost interest that in contrast to the U-shaped curve for weight loss seen with traditional obesity treatments, which are characterized by weight loss and weight regain, treatment with testosterone therapy results in a continuous reduction in obesity parameters (waist circumference, weight and BMI) for >5 years, or until metabolic abnormalities return to healthy ranges.[29-33]

Testosterone therapy has been proposed to be a new potential obesity treatment modality in hypogonadal men with excessive body fat mass and metabolic derangements.[2] It should be underscored that the contribution of testosterone therapy to combating obesity remains largely unknown to medical professionals.[2] It is therefore important to highlight the promising research on the anti-obesity effects of testosterone therapy and help implement its research findings into clinical practice, for the benefit of a growing population of suffering hypogonadal men.