Skipping the O: Wise or Sabotage? 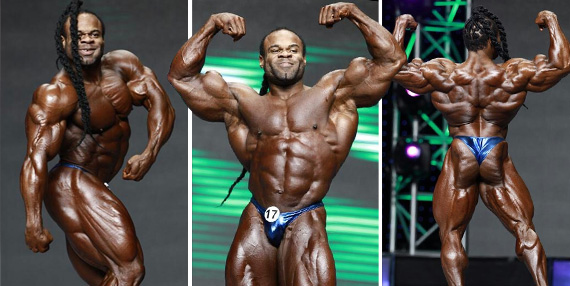 In the current era, almost any bodybuilder or physique athlete will say their ultimate lofty goal is to earn professional status. “I wanna go pro”. It seems like people just blurt it out in between bites of their Quest bars without really grasping what it means or the weight of the accomplishment in question (or perhaps it really isn’t that big of a deal with the amount they hand out in fluff divisions…but I digress). This wasn’t always the case.

At one point, everyone’s dream was to be on the Olympia stage battling for the title. It was the who’s who of bodybuilding, the true pinnacle of muscle contests. Winners of other shows all came together to throw down in battle for the right to be called the best on the entire planet. Earning professional status was surely a proud achievement, but it was just a necessary step on the path to the Olympia stage for any true competitor.

Another thing that has changed is how bodybuilders approach the Olympia once they win their pro cards. Previously, bodybuilders who had Olympia potential often had a reasonably competitive physique at the time they jumped into the pro ranks. Kevin Levrone, Flex Wheeler, Shawn Ray, and many more past stars looked like legitimate threats either at their pro qualifier or very shortly after.

You could suggest that the top level of elite Olympia athletes is more advanced now, hence the gap between rookie pros and first callout professionals, but you would probably be met with rioting from fans who would say quality has declined, if anything.

So the counter argument to that theory is that pro cards are being awarded to bodybuilders who aren’t ready to be competitive against the pros. When people are asked what their first step as a professional bodybuilder will be, most will reply that they are going to take an extended offseason as they feel they need to make dramatic changes in order to compete.

That question is impossible to answer definitively. However, we also see another phenomenon in which IFBB bodybuilders who are having great success in the pro ranks will qualify for the Mr.Olympia and then choose to not participate in it. The reason usually falls in line with the previous one; They don’t feel they can be competitive and want to wait until they can make the improvements necessary to get a position they won’t feel defeated by.

Is this wise? It turned out to work for our current Mr.Olympia Phil Heath, but he was nicknamed “The Gift” for a reason, and that reason is everything seems to work out for him.

Upcoming (or maybe already here) superstar Justin Compton chose to sit out this years Olympia even though he qualified. The decision has it’s merits, but also has it’s problems. On one hand, many believe Justin is destined to be a legitimate threat in that top callout and it’s possible he can do it on his first try, if he postpones the showing.

On the other hand, he very well might have won the 2015 Arnold Classic had he nailed his peak and avoided whatever issue he had which caused his blurred definition, particularly in his midsection. Competing more often might be his best bet to really tune into his body for the last week preparations.

Many more have chosen the route that Compton had, and sometimes it pays off. But look at Dallas McCarver, this years rookie Olympia contender who showed up at his personal best and now has many people talking about him and how he should have been a top 10 finisher. We have all heard of “paying your dues” (bullshit), which arguably is what happened, but he now has fan support and the backing of the crowd.

A year or two ago, any bodybuilding fan would have said that Compton is the one with the fresh IFBB status that is destined to make a stamp on the ranks. While I think most will agree he has more potential, McCarver now has the attention and a much higher percentage of people are talking about his bright future over Compton’s. This will of course shift back and forth as Compton competes again, but it’s interesting how quickly we shift focus and how short our attention spans are.

In this age with goldfish memories and overly excitable fan bases, does any rookie pro really have the privilege to sit out the biggest show in the sport in a gamble to make a bigger splash in the future? The expectations will only rise, and as seen by McCarvers impact at the recent O, there’s nowhere to go but up when people aren’t expecting a knock out performance.