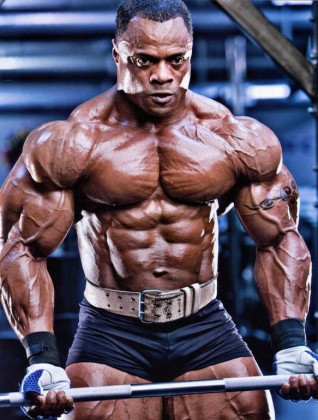 Focusing on the primary foundations that are involved in muscle growth and fat loss, while limiting common mistakes, will lead to an individual reaching their full potential. When one or more of the primary foundations are absent, and individual is selling himself or herself short. Training and diet, the two most important areas for a bodybuilder, were discussed in part one of this series.

We will now move on to sleep, supplementation and hormone regulation; and their impact on muscle growth and fat loss. These elements are often overlooked or misunderstood, and this can be detrimental to a person’s progress with their physique.

It is not uncommon to see gym-goers discussing their diet, routine, or maybe even an exciting new pre-workout formula but it is highly unlikely that the importance of sleep will come up in their conversations. Sleep isn’t a real exciting subject, but its role in getting big and lean is crucial. Big guys at the gym are a dime a dozen, but being big and extremely lean is pretty rare. Getting enough rest and sleep can often be the difference between being big and being big and ripped, if diet and training are already on target.

Metabolism involves two biochemical processes that occur in humans. The first is anabolism, which refers to the build up of molecules. The second is catabolism, the breakdown of molecules. These processes work to regulate how much energy the body uses to maintain itself. During non-REM sleep, metabolic rate and brain temperature are lowered to deal with damage that may have occurred while awake, such as muscle damage from resistance training.

Sleep loss can affect the basic metabolic functions of storing carbohydrates and regulating hormones. Researchers from the University of Chicago medical center followed 11 healthy young men for 16 consecutive nights. The first 3 nights, the men slept for a normal 8 hours. Over the next 6 nights, they only slept for 4 hours. They found that there were changes in glucose metabolism that resemble that of Type II diabetes patients. When the participants were tested after sleep deprivation, they took 40% longer than normal to regulate blood sugar levels after a high carbohydrate meal. The release of insulin and the body’s response to insulin decreased by 30%. Sleep deprivation also lowers thyroid hormones and increases blood levels of cortisol.

The two hormones leptin and ghrelin are important in appetite control. Leptin is released by adipose tissue and inhibits appetite and increases energy expenditure. Ghrelin is released from the stomach and increases appetite and reduces energy expenditure. Subjects were deprived of sleep for 2 nights, while only sleeping 4 hours per night. They got compensation sleep for the next 2 nights (10 hours per night) and leptin levels increased by 18% and ghrelin increased by 28%. The change in these hormone levels led to an increase in hunger levels by 23%. Subjects also preferred high carbohydrate and salty foods. Sleep deprivation can cause people to intake food for emotional and psychological needs rather than caloric needs of the body. It is common for people to be sleep deprived during a workweek and then compensate with extra sleep over the weekend. This sleep compensation doesn’t negate the hormonal changes that accompany the sleep deprivation during the week.

When sleep is lacking, the stress hormone cortisol is elevated. This hormone can send the body into a catabolic state rather quickly, which will increase fat accumulation and water retention. Average sleep time has decreased from 8.5 hours to 6.5 hours between the 1950’s and 2000’s. Obesity has grown from approximately 10% to 30% during the same span. Lack of sleep will make it more difficult for most bodybuilders to get extremely lean when dieting. While this varies from person to person, some will find it almost impossible to break into the single digit body fat percent range when they are sleep deprived. A shortage in sleep can also hinder muscle growth and can contribute to overtraining syndrome. Elevated cortisol due to sleep deprivation can interfere with muscle repair, while putting extra stress on the immune system. This can leave a person more susceptible to injury, illness, and can stop muscle growth. It should be a goal to sleep at least 8 hours a night for anyone wanting to maximize fat loss and muscle gains.

Supplements will never replace proper nutrition, but they can help you reach your goals much faster. Supplements can compliment your diet and cover nutrient gaps, ensuring your body has what it needs for peak performance. With thousands of different supplements available, it is easy to get confused about what to take to reach your goals. Confused consumers will sometimes make a pre-workout or intra-workout formula the basis of their supplement program, while disregarding the basic supplements that should never be missing. This is a big mistake. The following 5 supplements should always be the foundation. Other supplements can be added to these, but they should never replace any of these five.

*Creatine – is the most studied sports supplement on the market today. Over and over it has proved itself as a supplement that will improve performance in the gym. It boosts maximal strength and energy output during exercise, allowing a person to lift heavier weights for more reps. It also serves as a cell volumizer, making muscles fuller.

*Glutamine – This amino acid is the most abundant found in muscle tissue. It has been shown to have a positive influence on growth hormone levels, and it is vital for immune function and muscle recovery.

*BCAA’s – The branched chain amino acids are leucine, isoleucine, and valine. When taken before training, BCAAs can improve performance and promote recovery. BCAAs have been shown to increase protein synthesis due to its leucine content.

*Fish Oil- The numerous benefits from fish oil come from its high levels of omega-3 fatty acids, particularly EPA and DHA. Omega-3s are considered essential because they are necessary for human health, but aren’t made by the body. Whether you are trying to build muscle, burn fat, or improve overall health, fish oil is an essential supplement.

While there are many effective supplements on the market today that aren’t listed here, these are the 5 that should always lay the foundation for a successful program.

The body produces many different hormones that influence muscle mass and fat storage; such as testosterone, estrogen, HGH, and cortisol. If any of these hormones are out of range, the body can have a very hard time building muscle mass or shredding body fat. For example, if testosterone levels are low, protein synthesis will be greatly diminished, which will inhibit muscle repair and growth; even if diet, training, sleep and supplementation are in check. If estrogen levels are too high in men and women, losing body fat will be a never-ending battle. When it comes to hormones, tests should be done by a doctor to ensure that all hormone levels are in range.

The basics that I have discussed, diet, training, sleep, supplementation, and hormones, all work synergistically with each other in regards to building a bigger and leaner physique. If one of these foundational keys lag, it will affect other areas. If all five areas are given the proper attention, a person can expect to progress as far as genetically possible.