Putting the Organic Cart Before the Nutritional Horse 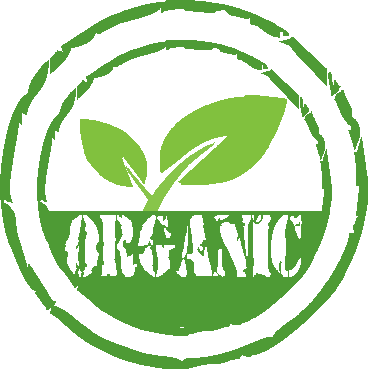 The choice to eat an organic diet has become something of a fad in our society as of late. Although choosing organic foods over non organic foods is certainly a healthy choice in general, it seems that foods being labeled as “organic” has really just made us more confused and less healthy. This organic food paradox actually shares similarities with the phenomenon our industry is currently experiencing of very young and or inexperienced bodybuilders turning to steroids as the end all be all. In essence, it seems the new thing to do is simply put the cart before the horse.

We have all seen, heard of, or even interacted with guys who seem to think that drugs are the single most important factor when attempting to build an impressive physique. This all too common train of thought inevitably leads to lackluster training and dieting. The end result of this over reliance on drugs and neglection of hardcore training and diet is a low quality physique that lacks muscle maturity, balance, and often times, a nice tight waist. This phenomenon is especially harmful to young bodybuilders, as it tends to prevent these young athletes from not only building a good, natural foundation, but also from learning the high level of discipline needed to succeed in this sport.

How this steroid issue relates to the great organic food paradox might be a bit of a stretch, but the comparison certainly applies. Many misinformed individuals are under the impression that organic and healthy are synonymous terms, and as long as you eat organic, you are eating healthy, yet nothing could be further from the truth. Just because something is organic does not mean that it is healthy, not in any way shape or form. The same can be said for the most misunderstood word in the English language, “natural”. When people ask me if something is natural, I like to ask them if their shoes, shampoo, toothpaste, shirt, car, or TV are natural. Nothing we do is “natural”. It is also important to note that rattlesnake venom and poison ivy are as natural as can be. So why exactly are you asking if something is natural? It is always amusing to see a food label read “100% natural”. Guess what? If a store sold organic Death Cap mushrooms, they would be the most “natural” thing in the entire store. Oh, and you would die of liver and kidney failure soon after your first couple of bites.

This should be obvious enough just by looking at most people who claim to eat a fully organic diet. Most of them are normal looking, skinny-fat or just plain old fat Americans. One obvious reason for this are the endless number of people who claim to eat organic just to sound high and mighty, but in reality, eat highly processed foods just like the rest of us behind closed doors. For the sake of this discussion, I will stick with the “real” organic eating people. It must also be made clear that I am at no time referring to the logical, educated organic eating individuals like our own Evan Centopani.

Similar to young bodybuilders thinking that steroids are the most important aspect of bodybuilding, many organic enthusiasts feel that eating organic is the most important factor to consider when building a healthy diet. Not the case. Just like a perfect drug cycle combined with lackluster diet and training will not produce the greatest physique results, eating totally organic with complete disregard for the actual food choices, will result in a spare tire and diabetes. People must understand this above all else: non-organic, corn fed, pesticide laden chicken, broccoli and olive oil, is still many times healthier than a fully organic peanut butter and jelly sandwich with pretzels.

The other issues that accompany both unnecessary steroid use as well as the hunt for organic food choices are money, and as stated earlier, confusion. Steroids and organic foods are both expensive. This added expense, assuming you have bought into the idea that you need these things in order to reach your goals, just makes reaching your goals seem that much more unattainable. The same can be said for the added confusion that these two things bring to the table in regards to bodybuilding and eating healthy, respectively. Learning to build muscle and burn fat can be confusing enough without having to worry about which drugs to avoid taking together, how long you should use them, what to do when you stop, etc. The same can be said about choosing what to eat. There is so much confusing information out there as it is, the last thing people need is another factor to concern themselves with when they are in the grocery store. Save buying organic for when you have money that is burning a hole in your pocket, or when you have already fully mastered what foods work best for your body and you are very close to reaching your goal.

Just as bodybuilders need to learn how to train properly, eat properly, and have discipline before they even think about using steroids, health conscious people need to first learn which foods are actually healthy, before they worry about eating organic. In both of these instances, without the former, the latter is basically worthless. It would be wise of you to take this advice to heart, or you might become that kid who is shooting ten grams of juice a week, but can’t even place top five at a junior national show. Or even worse, a blurry-brained hippie who chooses to chow down on some all natural, organic mushrooms and gets taken out by massive renal failure. Lets not forget the worse culprit of all, the obese middle aged woman with bad skin who feels the need to preach eating organic at all the family gatherings. Do yourself a favor, and leave the cart behind the horse where it belongs, in order to avoid becoming any of these laughing stocks.