Pro’s Dosages: Why Do We Care? 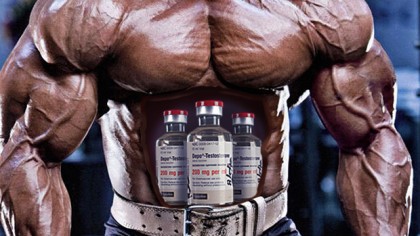 I would read training articles. I would read nutrition articles. I would read anything posted from a “pro” (that can mean high level amateur too, or it did to me back in the day) and look it over. However, none of any of that really mattered to me or had my attention as much as pros and what steroids they took. Perhaps I was jaded early on and I knew that the workouts in Flex magazine from XYZ pro were probably ghost written by the editor, or even more accurate simply didn’t really matter. What order you do exercises in and what someones bodypart split is isn’t really relevant to results. As you progress in the gym, you learn that it’s your intensity, mind muscle connection, and other techniques like time under tension that dictate growth and not whether you do biceps after back or train them with arms.

But if somewhere (and I mean anywhere) on the internet there was a high level bodybuilder or prep coach discussing cycles and dosages – I was there. No matter how many threads or articles popped up I would anxiously hunt down more and anticipate the next.

And I definitely wasn’t alone.Anytime this topic would come up we would see record breaking page counts and replies. Year after year, it never slowed down.

I’m not sure if people believe they will finally hear that “aha!” secret that is holding them back from reaching their potential or if it’s just the taboo nature of the topic, but nobody could get enough and still can’t to this day.

Now, if someone who isn’t part of the scene were to read this up until now they might assume that the vultures pecking for information on steroid cycles and drug use are taking this valuable info that is rarely divulged and accepting it and applying it to themselves or at least noting it for reference. Well that couldn’t be further from the truth. If the doses that are revealed are not shockingly high it is guaranteed they will be called a liar, and they obviously are abusing higher amounts behind closed doors according to most who witness.

The basis for this doubt isn’t entirely uncalled for, as bodybuilders are known to fudge certain numbers such as their body weight. And plenty do, in fact, lie about dosages. It’s kind of like when you call someones phone and you know you woke them up, but they will never admit they were sleeping. It’s just a knee jerk denial programmed in most people. By now most people are too cynical to believe that a large bodybuilder would be natural so that option is off the table, but we still see most people hacking a percentage off of total numbers or downplaying their use in general. I believe the reasoning of this to be that they don’t want to give the impression that the drugs are doing the work, and to be honest who can blame them when the general public seems to think they could look extremely muscular if they used steroids too.

On the other end of the spectrum, if we see a cycle listed that looks obnoxiously heavy and abusive everyone will say the person is an idiot and “all drugs” and use it to become further more jaded on the climate of bodybuilding and the people at the top.

Thankfully, I can say I have grown past this phase. Like the movie “Groundhog Day”, I felt this nagging repetition and eventually woke up and realized the “secret” isn’t ever going to be revealed because there is no secret. The extremely immature idea that all of these professionals and seasoned lifters are all part of a conspiracy to keep younger guys from knowing the truth is asinine. I have had the opportunity to talk candidly with many professional and national level bodybuilders and when the topic of gear comes up it’s always a similar story; boring. The sad part is I know even just reading this someone will snicker and think I am full of shit or naive, and that obviously they are all lying to me just like they lie to the rest or that even I am lying.

Professionals take the same crap people on the boards do. Dosages certainly do increase as you progress and anyone who thinks otherwise is probably a bit out of the loop, but the levels of use generally are not mind blowing. Yes, there are the outliers who abuse gross amounts of hormones but they are not the norm and usually it’s the drug addicts who fall into this category and they could easily get by with less.

Personally I am over it, it is no longer the elephant in the room that I will hunt the bowels of the internet to discover. As long as the numbers are not comically low, I believe people when they tell me what they take. Hell, I wish the connection between drugs and having a good physique was linear because then we wouldn’t have to play guessing games anymore.