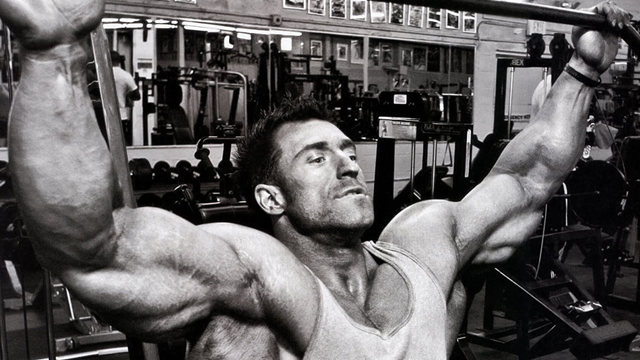 With the previous article being centered on the role of insulin sensitizers/mimetics in growth hormone and insulin using bodybuilders, this seemed like an appropriate follow-up. After all, what good does it to do talk about the importance of these compounds without providing at least some direction in terms of product selection? With this in mind I have decided to provide an extensive list of clinically proven insulin sensitizing agents that anyone can utilize to good effect, but before we go further, if you have not yet read the previous article titled Using Insulin Sensitizers and Mimetics to improve your Results, I recommend you do so now, as the information provided therein will help you determine if these products are right for you.

For those of you who are determined to maintain their metabolic health in the face of continued insulin and growth hormone use, I applaud your efforts, as it is a decision that will not only aide you in your bodybuilding pursuits, but will provide a degree of protection from the deleterious effects that these drugs can induce. For those of you who are skeptical regarding the ability of these products to do what is claimed, the sheer amount of available clinical and anecdotal evidence should quiet any concerns you might have. When using these products, keep in mind that potency can vary. Best results are achieved when using several of the most potent products in combination.

With that said, let’s get right into it. The first compound on the list is metformin (brand name Glucophage), an insulin sensitizer belonging to the class of drugs known as biguanides. First demonstrated to reduce blood glucose in the 1920’s and subsequently released as a prescription drug a few decades later, metformin remains the first line of defense in the treatment of Type II diabetes. It has few side effects (note: metformin has been shown to reduce testosterone production, making it undesirable for drug-free bodybuilders) and numerous proven health benefits. In fact, it is the only anti-diabetic drug not associated with an increase in all-cause mortality and has even been shown to reduce mortality, making it the safest of the prescription insulin sensitizers by far.

Metformin is an inexpensive medication, costing around only $8 for a month supply and as little as $4 at pharmacies offering discount prescription programs. It is available in instant and extended release formulations (bodybuilders should opt for the extended release version whenever possible) and typically dosed at 1,500-2,000 mg/daily, taken in 2-3 equally divided doses. It should be taken with food to minimize the possibility of stomach upset/gastro-intestinal discomfort. Due to safety concerns associated with other prescription sensitizers and the availability of highly effective OTC alternatives, metformin is the only prescription drug you will find on this list.

Next up is berberine. If ever there was an OTC insulin sensitizer more deserving of its hype, I have yet to see it. This stuff as so many potential benefits that classifying it solely as an insulin sensitizer would be a misrepresentation of its true character and an insult to its value. Along with providing an insulin sensitizing effect equal to metformin (this alone qualifies it as ultra-impressive), berberine is currently being studied as a fat loss drug, cholesterol modulator, anti-oxidant, and blood pressure lowering agent, and these are just some of its potential applications. As of this writing, berberine does not appear to have any negative health effects, but can affect the metabolism of certain medications (extending their active life within the body) by interfering with the cyp3A4 enzyme.

More relevant to bodybuilders is its ability to activate AMPK (adenosine monophosphate-activated protein kinase), thereby potentially lowering protein synthesis rates. However, this effect is likely to be very modest, at best, and largely overcome by the protein synthesis stimulating effects of AAS and other PED’s. Still, one should be aware of this effect before including it in their program. Like metformin, berberine is normally administered at 1,500 mg/day in 3 equally divided doses and should be taken with food in order to minimize potential digestive upset.

While many sensitizers/mimetics are largely unknown to the majority of the population, nearly everyone is familiar with the next item on our list. Cinnamon, a common household spice, has an extensive history as an insulin sensitizing agent. With substantial clinical research confirming its effectiveness, cinnamon has earned its place as one of the best food-based sensitizers available. In one recent study, test subjects experienced an 8% drop in resting blood glucose concentrations—a significant reduction, to be sure.

With the ability to significantly increase Glut-4 translocation, cinnamon can also be classified as a mimetic, as one of insulin primary functions is the activation of Glut-4 transporters to the cell surface. Rarely is whole cinnamon used for blood sugar control, as the quantity required to obtain maximum benefit is unrealistic for most, especially when consumed on a daily or multi-daily basis. Rather, cinnamon is normally consumed in concentrated form. One such example is Cinnulin-PF; a water soluble cinnamon extract standardized for its tetramer and trimmer content—the active compounds within cinnamon responsible for its positive effects. 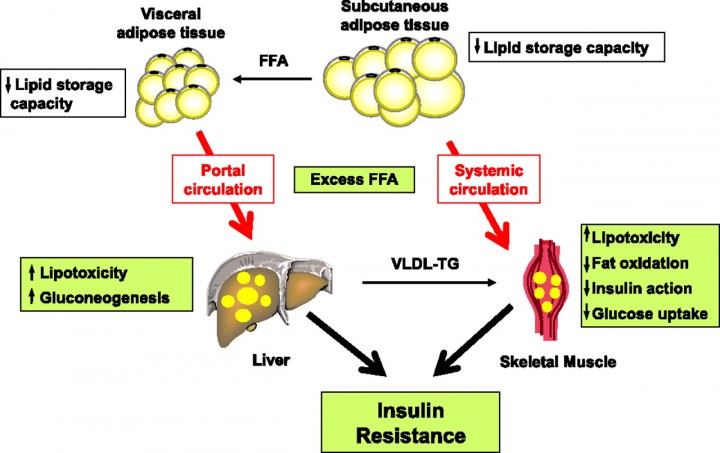 Another insulin sensitizing agent with multiple benefits is alpha lipoic acid. Along with its ability to reverse insulin resistance, alpha lipoic acid displays potent anti-oxidant activity, coupled with the capacity to regenerate other antioxidants, such as co-enzyme Q10 and glutathione—critical for the preservation and good health of multiple bodily systems. As an added benefit, it works as a powerful heavy metal chelator, providing protection against the toxic effects of heavy metals within the body. While I am at it, I might as well mention its anti-inflammatory effects, the benefits of which are too numerous to cite.

As one of the old standbys, alpha lipoic has a long history of use by diabetics and for good reason; it is one of the strongest OTC insulin sensitizers on the market and often used in conjunction with prescription insulin sensitizers, such as metformin. It has long been considered one of the foundational supplements for those with insulin resistance, not only because of its effectiveness in this regard, but because of its complete lack of side effects and long-term tolerability. This is one of those supplements in which off-time is never needed, or should I say, unwanted, as its overall health and metabolic benefits are maintained indefinitely.

When selecting an alpha lipoic acid product, make sure to choose the version labeled as R-alpha lipoic acid. All alpha lipoic acid labeled as “ALA” is synthetic in nature and only a fraction as potent as the naturally occurring form known as R-ALA. Make sure that your product says 100% R-ALA. Otherwise, the product likely contains a mixture of both natural and synthetic forms. Typical dosages range from 300-900 mg/day, with 600 mg considered a highly effective according to many. As with most other products of this nature, R-ALA should be taken in 2-3 equally divided doses throughout the day.

Arguably the most popular anti-diabetic plant, bitter melon is a bitter tasting fruit-vegetable (there is some dispute as to whether this melon is actually a fruit or vegetable) that thrives in the tropical and sub-tropical regions of South America, Africa, and Asia. Considered a super-food in some regions of the world, bitter melon can be eaten either as a food or used as a medicine. Possessing over a dozen active compounds, bitter melon has generated considerable interest in the medical community as an anti-diabetic, anti-inflammatory, anti-viral, anti-cancer, and cholesterol lowering agent.

Bitter melon is distinct from many other sensitizers in that, like cinnamon, it possesses both sensitizing and mimetic properties, while working to improve insulin sensitivity through multiple pathways. In one study, it was even shown to be more effective than the oral anti-diabetic prescription drug, tolbutamide. Although the jury is still out regarding optimal dosing recommendations, a dosage of 900 mg, administered 3X daily, has been shown to significantly improve glycemic control in test subjects.

With potent insulinotropic, mimetic, and direct insulin sensitizing effects, 4-hydroxyisoleucine is another major player in the world of insulin sensitizing agents. This unique amino acid, extracted from the seeds of the Fenugreek plant, has been shown to ameliorate fatty acid-induced insulin resistance via enhanced insulin stimulated-glucose uptake and translocation of Glut-4 (glucose transporter 4), while simultaneously signaling beta cell insulin release. Furthermore, its ability to minimizing ROS (reactive oxygen species) associated inflammation in skeletal muscle cells may provide a protective effect on muscle tissue.

It is important to note that insulin releasing effect of 4-hydroyisoleucine is strictly glucose dependent, with normal glucose concentrations having no effect on insulin production. In other words, this compound works on an as needed basis, releasing insulin into the bloodstream only in the face of elevated blood glucose levels. This makes timing an important consideration when implementing this insulin-like amino acid into your program. Therefore, common sense dictates that the best times to consume this amino would be with carb-heavy meals, particularly during the training window, in order to help drive nutrients into the muscle cell and initiate insulin-mediated protein synthesis. Typical dosages range from 100-500 mg, depending on whether or not one is supplementing with Fenugreek extract or the isolated active ingredient, 4-hydroxyisoleucine. When using a non-standardized extract, a dose of 500 mg yields roughly 100 mg of 4-hydroxyisoleucine. Of course, 4-hydroxyisoleucine can also be purchased in pure form.

Gymnema slyvestre, a natural remedy for diabetes in India and parts of Asia, has both insulinotropic and insulin sensitizing effects. Furthermore, research also suggests that it has the ability to regenerate/repair pancreatic beta cells. With beta cell burn-out a common ailment among Type II diabetics, this is a first-step in the restoration of endogenous insulin production. Users of gymnema slyvestre claim it has a cholesterol and triglyceride lowering effect, but additional research is needed before a clear determination can be made in this area.

Dosing recommendations can vary based on the degree of standardization. Obviously, if a product is standardized to contain 25% gymnemic acid (the active ingredient within gymnema), while another products is standardized to75%, there is going to be a massive difference in the amount of active ingredient per mg, between the two products. When using non-standardized extracts, normal recommendations call for 500 mg daily, divided into two 250 mg doses (providing 100-150 mg of gymnemic acid).

While these are some of the most effective sensitizers/mimetics on the market today, they are far from the only ones. Several others, such as banaba leaf extract, deserve mention, while even normal household goods such as vinegar, have been clinically demonstrated to improve insulin sensitivity. While chromium has long been used as an anti-diabetic agent, recent research has revealed that it is only effective in the midst of a deficiency. Adding Chromium to an otherwise normal chromium level will provide no further benefit. In reality, the market place contains many compounds clinically proven to elicit some type of insulin sensitizing, mimetic, or insulinotropic effect. Just when evaluating plants alone, there are over 40 that fit this description. For those of you who are attempting to restore/maintain insulin sensitivity, you will likely find the items on this list to be more than sufficient for your needs.