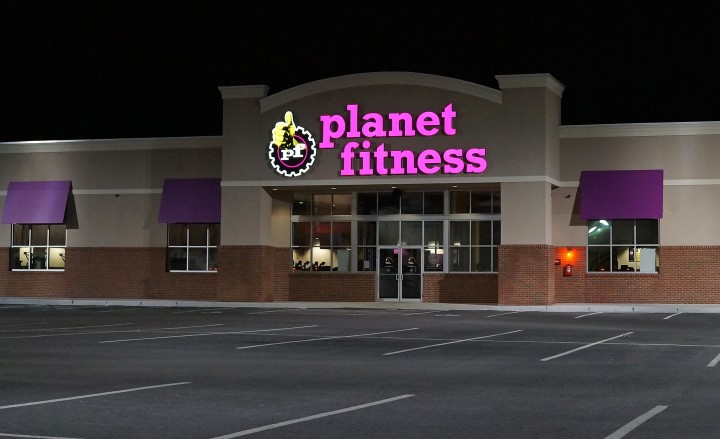 To those of us who have been part of the bodybuilding community for the last few decades, it doesn’t seem like that long ago when hardcore gyms were a dime a dozen. In those days, training facilities that catered to the competitive bodybuilder were the norm, rather than the exception. This mind-set was reflected in the gym membership itself, in which most of the people who trained there either looked like bodybuilders or aspired to, while the remaining members were comprised primarily of powerlifters and other serious athletes. By and large, gyms both existed for and were run by bodybuilders.

Powerhouse and Gold’s gym were the most well known, claiming the lion’s share of gym ownership across the country, while many other, although no less qualified gyms rounded out the bunch. Free weights and basic machines were the equipment of choice, scattered across the weight room floor from corner to corner. Diversity meant a few treadmills or stationary bikes and if you were lucky, there might even be a punching bag off to the side. Pictures of local bodybuilders in contest shape were hung on the walls, where other members could see their hard work and be inspired to achieve their own physique goals.

There were no smoothie bars selling overpriced protein drinks, no stability balls, and no TV’s playing the latest music videos. Using chalk was encouraged, the music selection was conducive to hard training, the equipment was designed to accommodate the strongest men, and the free-weight section outsized the cardio floor by a substantial margin. The downsides? Clown pants were in, string tank tops were prolific (although I kind of miss those), the bathrooms were pathetic by today’s standards, and people still wore training gloves.

Aside from those few drawbacks, most of our old-school gyms were bad-ass, with an electric atmosphere and a get the job done attitude that was addicting. At busy hours, everywhere you looked you heard and saw serious trainers busting their asses—grunting, yelling, shaking, and doing everything they could to get that next rep up. In larger gyms, it was not uncommon to find multiple national level bodybuilders and if you were lucky, there might even be a pro or two. It was damn motivating and everyone there drew on each other’s energy, from the least impressive of us to the biggest and strongest. Everyone was accepted and the only trait required to gain respect from others was that you put forth effort in your training.

Last generation’s version of Planet Fitness was Bally Total Fitness, although to be fair, using Bally for this comparison happened more by default rather than any true resemblance to Planet Fitness, as there just weren’t any other readily recognizable posh gyms back in that day for comparison. Although Bally Total Fitness was considered soft-core at the time, this was mostly due to its targeted demographic—women who felt disconnected from the steroid using subculture prominent in most hardcore gyms. Unlike Planet Fitness, there was no pizza night, no bagel station, and no lunk alarms. Hard training was still encouraged and most people were serious about making progress, even if that progress took place on flashy air resistance machines that were better off being used for scrap metal than a workout, but I regress.

Like most, I appreciate the modern amenities of today’s training facilities and have no problem accepting the fact that most people do not want to look like bodybuilders, but the more I hear about Planet Fitness, the more I realize how many American’s have departed from the basic essence of training. More importantly, the mental attributes required to forge a top-notch physique seem to be more lacking than ever.

Look, I can deal with pizza night. I can deal with lunk alarms. I can even deal with people eating bagels while yapping on their cells phones as they attempt to train, but what I can’t accept is Planet Fitness’s newest policy on transgender men and women. This one really takes the cake, guys. Listen to this shit.

On February 28th 2015, Yvette Cormier, a female member of Planet Fitness, got to experience the full meaning of Planet Fitness’s “no judgment” policy when she encountered a man in the women’s locker room. Naturally, after seeing a man in this “female only” area, Cormier went to the Planet Fitness staff for help, expecting them to put a stop to this behavior, but to her surprise, Cormier was informed that the man “identifies” as a woman and therefore, had the right to use the women’s locker rooms. Cormier then contacted the corporate office and they provided a similar reply, telling her that the gym was a “no judgment zone” and would not be telling the transgender individual (who sill possessed male genitalia) to stay out of the women’s locker rooms.

Cormier continued to frequent the gym over the next 3-4 days, informing other female members of what she had seen the previous weekend. Soon after, Cormier received a call from the Planet Fitness corporate office, which told her in no uncertain terms that she was violating their “no judgment” policy and then proceeded asked her if she was going to stop talking to other female members about the situation. When she said no, Cormier was told that her gym membership was revoked and that she was no longer welcome at Planet Fitness.

This position was made official when McCall Gosselin, the public relations director for Planet Fitness, released the following statement “Planet Fitness is committed to creating a non-intimidating, welcoming environment for our members. Our gender identity non-discrimination policy states that members and guests may use all gym facilities based on their sincere self-reported gender identity. The manner in which this member expressed her concerns about the policy exhibited behavior that management at the Midland club deemed inappropriate and disruptive to other members, which is a violation of the membership agreement and as a result her membership was cancelled.”

Let me try to wrap my head around this for a second. A female Planet Fitness member had her membership revoked because she informed her fellow female gym members that a man had been using the women’s locker room. Honestly, I am having a hard time believing this even happened, as the sheer hypocrisy of Planet Fitness’s position on this issue, as well as the other potential issues it raises, has far reaching implications not only for Planet Fitness and its members, but is a sign of where we are headed as a society in general. I hate to use the following term, but failing to take a strong stance against males in female locker rooms, regardless of self-professed gender identity, is a slippery slope.

In taking this stand, Planet Fitness declares judgment on all by dismissing the beliefs and feelings of women world-wide, who do not feel comfortable having men (who are still men from a physiological standpoint) in their changing/showering areas, as intolerant. Not only does this position contradict the societal norm, but it places the desires—not needs—of the small minority over those of the overwhelming majority. Note: Earlier today I read an article which said that women nation-wide are cancelling their memberships at Planet Fitness because of Planet Fitness’s position on this issue.

Neither is this a woman’s only issue, as it potentially affects the parents of children who also frequent Planet Fitness. In many gyms, children as young as 12 years old are allowed access to gym facilities, so long as a parent is present and/or grants approval for their child’s membership. By taking this stand, Planet Fitness supports, even encourages an environment in which young girls may be exposed to male nudity. Equally disturbing is that these young girls may be required to expose themselves to grown men or be forced to abstain from using the locker rooms.

As disheartening as this might be, the potential for physical violence against women, and children, is even more concerning. Planet Fitness states “Our gender identity non-discrimination policy states that members and guests may use all gym facilities based on their sincere self-reported gender identity”. Pay particular attention to the last part of that statement—the part that reads “sincere self-reported gender identity”. In other words, all that is required for a male to gain access to a female locker room is his own admission of female identification. Since there is no way to confirm whether or not such a claim is sincere, it must be taken as such. Therefore, any man who enters Planet Fitness and claims to identify as a woman must be granted access to the female locker rooms, according to Planet Fitness’s non-discrimination policy.

On another note, Mike Katz, a former Arnold-era professional bodybuilder, co-owns 5 Planet Fitness gyms with his son, Mike Katz junior. What better way to re-pay the sport that made a name for you, than to own and promote a gym franchise that openly mocks and ridicules bodybuilders? Hats off to Mr. Katz for not only contributing to the negative public perception associated with bodybuilding, but for his continued support of an organization which places women and children at emotional and physical risk.

Here are my final thoughts on the matter. If someone is a male and “identifies” as a female, fine, they can mentally identify all they want, but it doesn’t change the fact that they are a decisively male based on their physiological inheritance. Likewise, their lack of female primary and secondary sexual characteristics equally disqualifies them as female.

Anyone who is born with male genitalia is labeled as “male” at birth in every culture in the world, as this is the defining trait (in addition to numerous secondary traits) which differentiates males from females. Mental compatibility with one’s natural male body has no bearing on their gender classification. We are what we are—and it was decided for us prior to birth. While I have empathy for those men who claim to “feel” like women (although the question is then raised, “how could a man truly know what it feels like to be a woman?”), their mental-emotional standing alone is insufficient for classification as a female and therefore, these individuals should have no more right to use the opposite sex’s locker room than any other man should.

Being a husband and father, I have personal objections to Planet Fitness’s policy. There is something repulsive, sickening even, when I think about my wife or young daughter having to choose between a gym membership and seeing some grown man’s hog wagging around in their faces as they prepare for a workout. For the sake of everyone, let’s keep the dicks in the men’s locker rooms and the vaginas in the women’s locker rooms, where they belong! :)