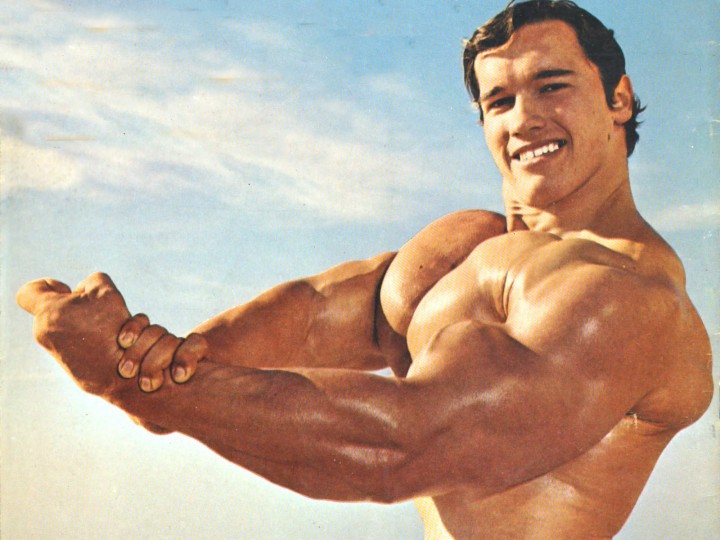 Arnold Schwarzenegger really knows how to keep his name relevant in the bodybuilding world. The man can essentially be credited for a large amount of the popularity the sport has achieved today and is the poster boy for bodybuilding in the eyes of the general public. For decades whenever the topic of muscles comes up amongst regular people, the name Arnold was quick to follow.

I think what has happened in his life in the time frame between his bodybuilding career and now needs very little explaining, however in the last year or two we have seen a growing amount of involvement from the Terminator in the sport that made him who he is today. After this years edition of the sports festival named after him, Arnold said in a candid interview that he didn’t like the way bodybuilding was going. Basically, he thinks they look ugly and lack the small waist and flat stomachs that made earlier generations much more appealing to the eye. These statements have already been discussed to death however, and the latest developments are what our current Mr.Olympia champion Phil Heath has to say about it

I think for the most part Heath is on the money with his reply and I understand where he is coming from. As the Arnold Classic is an invitational only event, why are athletes who Arnold feels misrepresent the sport being invited to compete into the contest named in his honor? The obvious answer is that Arnold isn’t playing as large of a role as his opinions might have you convinced he does, but perhaps that can change.

One thing I happen to disagree with in that video with our reigning champ is that he says the physiques being rewarded are not the ones with the “gut” issue or midsection distention. He lists Dexter Jackson (who won this years show) as the prime example of the aesthetics that Arnold claims is lacking, and that it seems contradictory to complain about guts when Dexter (who Phil feels doesn’t have that issue) won, saying the judges got it right. 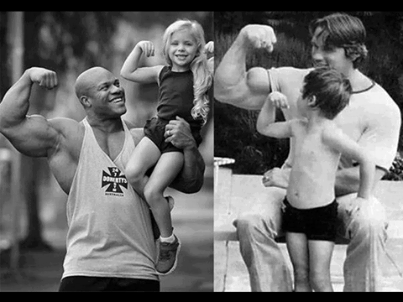 Dexter Jackson’s waist might be small, but his “gut” issues are as bad as any, especially when taking in the fact he competes at a much lower body weight than the mass monsters who are usually associated with it. While he does a good job of flattening out his stomach in the mandatory poses, Dexters abdominals protrude more than far enough for his undersized frame in a relaxed state and in transitions, and in my opinion is a great example of a classic physique at times ruined by this modern problem.

Not to mention he was closely followed in the placings by Branch Warren, whose structure leaves a lot to be desired in terms of how wide his waist is in comparison to shoulder width and leg sweep. Justin Compton was third and had a noticeable distention issue. So I feel like Heath really sounds out to lunch in his assessment here, and everyone in the top 3 had either an issue with a distended gut or wide waist.

Now since we are picking apart his statements, let’s go one step further and look at the Olympia. I am personally a fan of Phil Heath and think his 2011 physique was one of the best to ever grace the Olympia stage. That being said, many people have been vocal about his lack of midsection control (especially in recent years) and that his stomach has seemingly grown or at least he has lessened his ability to control it. While people will argue that he has a small waist, let’s keep in mind that waist and stomach distention are not the same thing. Waist is an issue of bone structure and it is the measurement around the area above the hips and also how wide or narrow the structure is. Someone can have a tiny waist but suffer from stomach distention, as their bone structure might be very small but due to whatever circumstances their abdominal wall is pushed out and causes the “gut”. 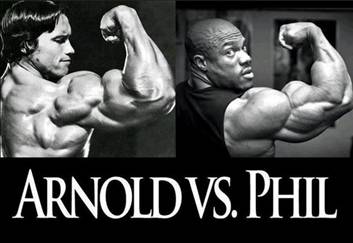 Popular opinion or not, I believe Heath has battled this now for a few years. And look at who has been consistently placing in the second spot behind him – Kai Greene, who has over time seen his midsection grow and grow and been routinely penalized (at least verbally) for this issue.

So overall I think Phil is off base claiming that the judges ARE rewarding the physiques Arnold says he wants to see, and perhaps his own bias towards himself (obviously) and friend Dexter Jackson are obscuring his ability to see that. The biggest problem is that Dexter, Phil, and Kai all have amazingly impressive and aesthetic physiques otherwise, and if they could remedy this issue there would be no argument that we are in a good place in terms of quality with our current crop of elite athletes.