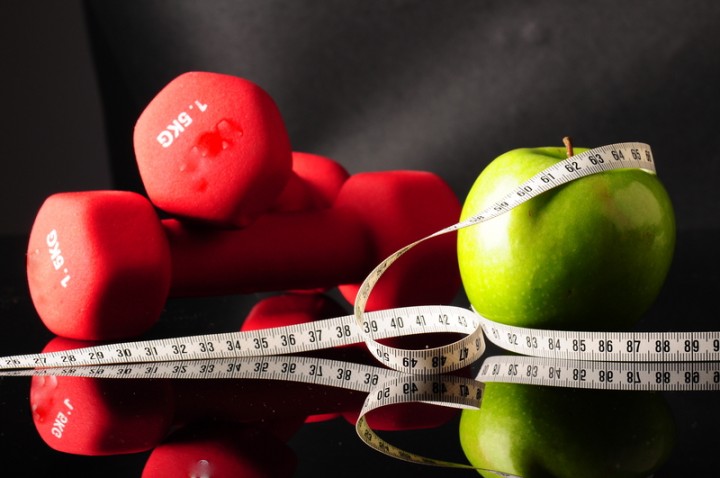 The simple fact that bodybuilding is purely a cosmetic sport leads many of its participants to care much less about what is happening inside the body as opposed to outside the body. This unfortunate fact causes certain habits to rear their ugly head in our sport, which can have negative effects on not only an athlete’s health, but his or her physique as well. Examples of these poor habits include the overuse of drugs, and diet strategies that focus solely on macro nutrients, while ignoring micro nutrients and hormonal responses. One of the chief reasons these two issues tend to have a negative impact on an athlete’s health and or physique, is the often discussed and commonly misunderstood hormone, insulin.

As a type 1 diabetic who has spoken in depth about drugs and nutrition with many other type one diabetics in and out of bodybuilding, I have an intimate relationship with how certain drugs and or foods affect insulin secretion/blood sugar levels. Diabetics, as many people know, must test their blood sugar level on an hourly basis if they wish to be healthy, and correct it with either food or insulin if it is off. This gives us an uncanny ability to gauge the net effect certain foods and or drugs have on the amount of insulin needed to deal with them. It must be understood that these reactions seen in the body of a diabetic are not exactly the same as they would appear in a non diabetic. Nonetheless, analyzing these reactions in a diabetic can still help us to further understand what is going on in non diabetics. Protein shakes and growth hormone both have effects on blood sugar that are well known by most hardcore bodybuilders, however, the true extent of these effects, in my experience, are drastically understated.

Protein shakes often have a sweet taste while at the same time being very low in carbohydrates, making them a Godsend for many bodybuilders during contest prep. They have also been shown time and again to be highly anabolic, and tend to be the most convenient source of protein available. It is for these reasons that protein shakes, namely whey isolate, are an extremely common occurrence in contest prep diets today. What is not commonly recognized, is the fact that just because a shake has zero carbohydrates, in no way shape or form means that it will not have a strong effect on insulin secretion. As opposed to purely using gluconeogenesis and other science to explain why this is, the way that most resources would, I will use my, and other diabetic’s personal experiences with shakes. When comparing the amount of insulin needed to deal with 50g of protein via chicken breast and 50g of protein via whey isolate, the difference is as vast as Roelly Winklaar’s crab most muscular. From personal experience, I can confidently say that whey isolate protein requires about as much insulin to keep sugar in check as an equal amount of carbohydrates from a clean source like oats. On the other hand, the chicken breast, while still requiring insulin, will only require about one-third of the amount that the whey isolate required. Again, I will refrain from going deep into the science of why this is, and simply say that this is what I have experienced in the 10 plus years I have been “bodybuilding” with diabetes. That said, it becomes clear as to why diets such as “if it fits your macros” are far from ideal for getting into the best shape you can. 50g of protein from steak does not affect the body in the same way that 50g whey isolate does. Not even close, really.

Now we move on to the tasty Boston cream found in the center of the article, growth hormone! It is well known that growth hormone decreases insulin sensitivity, thus forcing the body to secrete more insulin than normal. This can be an issue, not because the increased insulin might slow fat loss, as is the case (in my opinion) with whey isolate, but because over secretion of insulin over time is what causes type 2 diabetes. This may not sound like a colossal issue for a guy who trains hard, does cardio, and eats clean, but no matter how you slice it, carbs are carbs and food is food, all of which has to be dealt with by insulin. Seeing as how many bodybuilders will eat upwards of 800+ carbs a day and 7000 calories in the off season, the amount of insulin they need to secrete without even adding the insulin blunting effect of growth, is massive. If you ever have the privilege of speaking to a diabetic who uses or has used growth hormone, they will tell you that even a low dose of this drug will often times triple the amount of insulin needed to control sugar levels. Yes, triple, as in three times as much insulin as when they are not using growth hormone. For arguments sake, let’s say you have a 280 lb. bodybuilder eating 800 carbs per day, and taking a medium dose of growth. Considering the diabetic testimonies I have heard with my own two ears, it is not out of the question to think that this fictional bodybuilder may be secreting an amount of insulin that would normally be seen in response to 3000+ carbs! One would be hard pressed to find a strategy more effective at causing type 2 diabetes than consuming 3500 carbs per day for extended periods, no matter how much energy the individual is expending.

In my personal opinion, assuming you do not have the hate-eating Dexter Jackson syndrome, shakes should be avoided when trying to get as lean as possible. Not only because they cause a large increase in insulin, but also because they simply do not cause the same thermogenic effect of digesting whole food. This is not to say that a person cannot get into contest shape drinking protein shakes everyday, it is certainly possible, and many top bodybuilders do it all the time, it is just to say that this may not be the most ideal strategy. Obviously there are strategies to prevent growth from making your pancreas secrete insulin like a full powered fire hose, whether they be dietary supplements or other drugs, but most bodybuilders refuse to spend the time and money on these added strategies. A bodybuilder who is taking real growth hormone is more than likely spending more on that drug than he is on his rent, after all. That said, the abundant bodybuilders who choose not to take these precautions may want to seriously think about it, unless they fancy being insulin dependent throughout their golden years.