Muscles – Not Just for Bodybuilders! 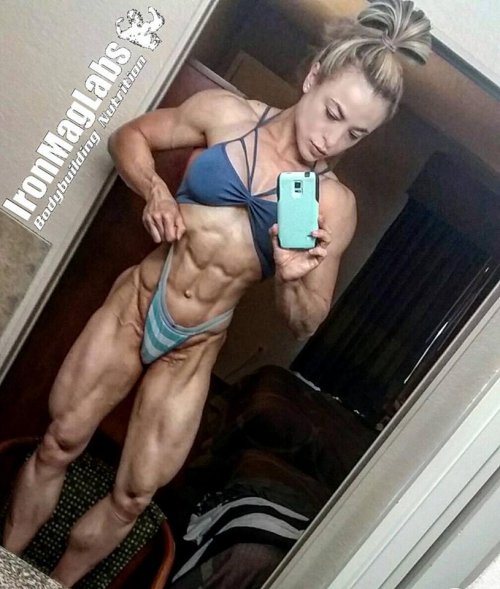 For most people, the mere word “muscles” brings to mind huge muscular bodybuilders. The importance of muscle mass, strength, and power for physical performance in exercise and sports is obvious. However, muscles aren’t just for show. Here I will explain why.

Role of Muscle in the Body’s Metabolism

Muscle (or more precisely skeletal muscle) comprises around 45% and 35% of an average young man’s and woman’s body weight, respectively.[1] An adequate muscle mass is essential to ensure basic physiological functions such as movements, strength and respiration.[2] In order for us to survive, certain organs and tissues and, like the brain, heart, liver and skin, rely on a steady supply of amino acids via the blood to serve as precursors for the synthesis of new proteins to balance the continuous rate of protein breakdown that normally occurs as part of protein metabolism.

In the absence of nutrient intake (for example in between meals and during sleep) muscle protein serves as the principal reservoir to replace blood amino acid taken up by other tissues.[3-5] In the fasting state, blood amino acids serve not only as precursors for the synthesis of proteins but also as precursors for hepatic gluconeogenesis.[6] This is how the body is able to keep the protein mass of essential tissues and organs, as well as blood glucose levels, relatively constant despite intermittent food intake.

Muscle, together with the liver, is also the main place for storage of glucose as glycogen after meals, and therefore plays an important role in glucose disposal and glucose metabolism.[7-13] In line with this, a lower muscle mass is associated with higher fasting and after-meal blood glucose levels, as well as elevated insulin levels.[14] Higher levels of glucose and/or insulin reflect some degree of insulin resistance. This suggests that the association of higher glucose and insulin levels with reduced muscle strength [15-17] is mediated, at least in part, by reduced muscle mass.

Muscle and Insulin Resistance – how do your muscles protect you?

It is also relatively unknown that in the general population, insulin resistance can be found even in the absence of any major metabolic disorders [23], and 25% of apparently healthy people are severely insulin resistant.[25] This can be detected by elevated fasting insulin and glucose levels, and/or after-meal blood sugar spikes above 140 mg/dL [26, 27], and may be an indicator of “silent” atherosclerosis.[28]

Insulin resistance is a predictor of future aging-related diseases such as cardiovascular disease and diabetes [30-42], and causes impairments in physiological processes that contribute to premature aging.[43-46] For example, mechanistic experiments show that insulin resistance accelerates atherosclerosis.[47, 48] In apparently healthy people, 1 out of 3 who are insulin resistant at baseline develop either heart disease or diabetes 6 years later, while insulin sensitive people don’t.[30] Insulin resistance seems to be the common metabolic defect underlying both type 2 diabetes, dyslipidemia (abnormal amount of lipids [cholesterol and/or fat] and lipoproteins in the blood), cardiovascular disease (including high blood pressure) and obesity.[49, 50]

In addition to mediating metabolic effects in muscle, liver and adipose tissue, insulin is a vascular hormone.[51-53] In physiological doses and in lean healthy insulin sensitive people, insulin is a vasodilator due to its stimulation of nitric oxide production.[53] However, insulin’s beneficial vascular actions are impaired in insulin-resistant conditions such as obesity, type 2 diabetes and high blood pressure, in whom it contributes to development of cardiovascular disease.[53] In people who are insulin resistant, insulin actually causes vasoconstriction.[53]

Insulin resistance – even in the absence of overt diabetes or the metabolic syndrome – reduces nitric oxide production [47, 53, 54] and causes endothelial (i.e. blood vessel) dysfunction [47, 48, 53-56], which in turn may cause erectile dysfunction.[57, 58] This is why erectile function can be seen as a “window” on cardiovascular health.[59] Thus, gaining muscle to prevent insulin resistance comes with both immediate and long-term benefits.

This explains the finding that high fasting and after-meal levels of glucose and insulin independently are associated with muscle loss, even in individuals without diabetes.[16] This suggests that insulin resistance may be a risk factors for accelerated muscle loss.

It has also been demonstrated that insulin resistance is not only associated with impaired nitric oxide production but also with a reduced muscle capillarization, independently of age, body mass, adiposity, and resting energy metabolism.[66] This in turn impairs oxygen and nutrient delivery to muscle and reduces performance, as well as interferes with adaptations to any exercise program.

Role of Muscle in Chronic Disease

Both low muscle mass and poor muscle strength are highly prevalent and important risk factors for disability, morbidity and mortality in individuals as they age.[61] Chronic diseases related to poor lifestyle behaviors account for more than two-thirds of deaths in the United States [67], and detrimental alterations in muscle metabolism and loss of muscle mass (muscle wasting) play an important role in disease outcomes.[68] Heart disease and cancer are the major chronic diseases suffered in the Western world [67], and both cardiac failure and cancer are often associated with rapid and extensive loss of muscle mass and strength, and marked deterioration in metabolic function.[2, 69, 70] During critical illness, excessive loss of muscle mass caused by alterations in muscle metabolism [2] – for example an increased expression of muscle catabolic pathways and myostatin (which inhibits muscle growth) [71] – negatively impacts survival.

Another chronic condition – sarcopenia – is caused by muscle loss. Sarcopenia is the progressive age-related loss of muscle mass and function, and contributes to development of frailty.[72-75] Sarcopenia is a widespread syndrome that has a devastating effect on quality of life, activities of daily living, independence, and ultimately, survival.[72-75] A sub-optimal muscle mass isn’t just an issue for the elderly, it can also occur in younger people (in whom it is called myopenia) and has detrimental consequences regardless of age.[76]

Another chronic disease where muscle mass (and exercise) is of importance is osteoporosis. Mechanical force on bone is essential for increasing and maintaining bone strength and mass [77]. Whereas body weight and weight-bearing exercises provide a direct mechanical force on bones, the largest loads on bone originate from muscle contractions [77]. Correlations between grip strength and bone area, bone mineral content, and bone mineral density in both healthy athletes [78] and stroke patients [79] support the notion that muscle contractions play a significant role in bone strength and mass. In addition, the positive correlation between body weight and bone mass can be explained on the basis of the force exerted on bone by muscle contractions, in that it takes more force per unit area to move heavier bodies. Furthermore, changes in bone mass and muscle strength move in the same direction over the life span [77]. Although it is debatable whether it is muscle strength or simply muscle mass that is important in determining bone strength and bone mass, is has been shown that muscle mass correlates positively with bone mineral content and bone mineral density [80]. Thus, maintenance of adequate bone strength and density with aging is highly dependent on the maintenance of adequate muscle mass and function.

Resistance Exercise Training – building muscle is for everyone!

Resistance exercise training is well documented to be beneficial in chronic diseases and conditions that are associated with a low muscle mass [2, 69, 70, 72, 74, 75]. Studies show that resistance exercise training may serve as an effective countermeasure to some of the adverse consequences of the metabolic syndrome, fibromyalgia and rheumatoid arthritis.[86] Evidence showing that resistance exercise reduces insulin resistance or improves insulin action comes both from indirect biomarkers, such as glycosylated haemoglobin (HbA1c), and insulin responses to oral glucose tolerance tests, as well as from more direct procedures such as hyperglycemic and hyperinsulinemic-euglycaemic clamp techniques.[86] it is notable that the improvement in insulin sensitivity and glucose tolerance with resistance exercise training is not a mere consequence of the increase in muscle mass associated but also likely a result of qualitative changes in resistance-trained muscle.[87]

There is also consistent evidence for the effectiveness of resistance exercise in reducing triglyceride levels.[86] Studies also show that cognitive function may improve with resistance exercise, and the prevalence of Alzheimer’s disease is inversely associated with muscle mass and strength, i.e. stronger people with a larger muscle mass tend to be less affected by Alzheimer’s.[86, 88] One study measured muscle strength in several muscle groups in the arms, legs and trunk, and summarized into a composite index of muscle strength, in apparently healthy older persons without dementia.[88] After a follow-up of 3.6 years is was found that each 1-unit increase in muscle strength at baseline was associated with a 43% decrease in the risk of Alzheimer’s, independently of physical activity, BMI, cardiovascular risk factors, heart disease and lung function.[88] Increased muscle strength was associated with a slower rate of decline in global cognitive function, as well as a decreased risk of mild cognitive impairment (the precursor to Alzheimer’s.[88]

Muscle also prevents body fat gain, and thus improves both physical/esthetic appearance as well as obesity associated risk factors. The role of muscle in fat gain prevention is a topic I will cover in more depth in an upcoming article.

Muscle and Longevity – is there a relation?

With all the beneficial health effects of an increased muscle mass, one may guess it beneficially impacts longevity. And rightly so. A larger muscle mass is associated with a greatly reduced mortality risk, independently of fat mass and cardiovascular and metabolic risk factors.[89-92] Greater muscle strength also reduces mortality risk.[93] Thus, anabolic metabolic pathways that promote muscle growth (which is correlated with muscle strength) seem to be associated with longevity.

Now you have some legit and scientifically supported arguments to present when you encounter opposition to your passion for training, nutrition and muscle building.

The research presented here underscores the importance of muscle for health and longevity, and clearly shows that gaining muscle is not just about getting in shape and looking good. Muscle deserves getting more attention than it has been, and interventions to increase muscle mass – such as resistance training combined with proper nutrition – should be encouraged for everybody.

Newer Post
Muscle growth is the same whether you do high-intensity or high-volume resistance training
Older Post
Skipping the O: Wise or Sabotage?