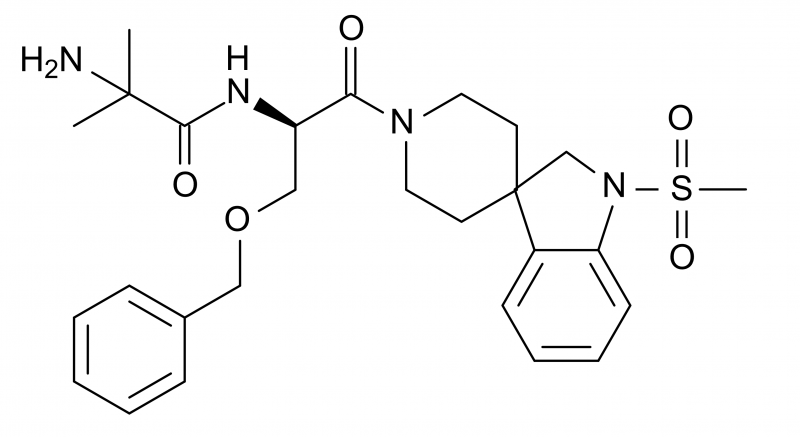 As bodybuilders, we tend to take an interest in any drug which promises to move us one step closer to realizing our goals. Whether the claims are big or small, most new PED’s are welcomed into the fold with a certain degree of excitement and expectation, at which point they are used, analyzed, and ultimately judged as either worthwhile or worthless.

Over the last 50 years, we have seen no shortage of performance enhancers come our way. Some of these turned out to be duds and were quickly rejected, while others withstood the test of time and joined the classics as a permanent fixture within the PED landscape. But once every now and then something special comes along; something which causes people to re-think their approach to drug use and in the process, changes the way the game is played. Often, these drugs form the foundation, or core of our PED program, around which everything else is based.

The most glorified of these is growth hormone. Surrounded by a certain mystique, GH has often been credited with providing near magickal effects, with everyone from bodybuilders to life extensionists singing its praise. However, its high price tag and an unreliable blackmarket have established it as somewhat of a novelty drug, cementing its status as a PED reserved for the affluent and bodybuilding elite.

Although unaffordable to most, the majority of competitive bodybuilders view growth hormone as a necessary stepping stone in their evolutionary journey toward physical perfection. This has caused some to make unreasonable concessions, even to the point of financial irresponsibility. Others simply go without, hoping to one day make it a part of their program. Unfortunately, using just 6-7 IU per day will cost the average individual about $400 per month—enough to make a decent car payment.

We all know bodybuilding is a really cool sport, but it can also be damn expensive, with lots of people never coming anywhere close to achieving their full potential simply because they can’t afford to live the lifestyle necessary to make it happen. Food, gym membership fees, supplementation, contest expenses, and sometimes even things like physical therapy, chiropractic care, and deep tissue massage may be required in order for one to be their best…and this doesn’t even include drugs, which can be a massive expense all by itself!

While growth hormone releasing agents are not yet capable of replacing very large doses of exogenous GH, when using the right compounds at the right dosages, I have seen lab work from individuals whose IGF-1 levels (the most accurate method of determining GH levels within the body) reached the equivalent of at least an 8 IU daily dose of growth hormone. Furthermore, these results were achieved at a fraction of the cost of exogenous GH. Of all the various GH elevating drugs at our disposal, I find MK-677 to be the most fascinating. There are several things which set MK-677 apart from other GH releasers, but first, what exactly is MK-677?

One of the most basic differences between GH peptides and MK-677 is its oral bio-availability. While most of those who use AAS and other bodybuilding drugs aren’t really bothered by needles, it’s always nice when a drug can be swallowed rather than pinned. It’s just easier and more convenient. Obviously, for the needle averse, this would be viewed as a significant benefit.

In addition, it only needs to be taken once per day, due to its long active-life within the body. Among the various GH peptides, only CJC-1295 DAC has the ability to be dosed this infrequently, while the majority must be used 3-5X per day in order to keep GH levels elevated for a decent period of time. Although short duration GH peptides can certainly be effective, even die-hard bodybuilders have to admit this gets to be a pain in the ass, especially when using compounds that need to be timed around meals (elevated blood glucose levels can impair the effectiveness of some GH peptides). With MK-677, a once per day oral dose delivers maximum effects, with additional doses providing no further benefit.

Another noteworthy benefit of MK-677 is that it doesn’t result in desensitization. Many GH peptides, if used chronically, will cause desensitization within a short period of time. To what degree will vary depending on the compound employed, but some of them, such as Hexarelin, begin to cause desensitization by the 2nd dose and within a couple weeks is only fractions only a fraction as potent as it was initially. MK-677 exhibits no such downside and in fact, research shows that it can actually become more effective with long-term use. One clinical study revealing an increase in IGF-1 levels of 60% at the 6 month point and 72.9% after 12 months of treatment. Another study peaked at an 89% increase.

As some of you might know, many GH peptides have been demonstrated to increase both cortisol and prolactin levels, neither of which is desirable. But in all fairness, these two hormones are often impacted to only a small degree, with only a couple GH peptides resulting in elevations outside the normal range. Although anywhere within normal is usually considered acceptable and unlikely to cause any issues, it would still be better if they did not increase them at all.

During the first week of treatment, MK-677 causes a slight elevation in both cortisol and prolactin (still within the normal range), but after one week of use, levels revert back to baseline. In terms of unwanted hormonal manipulation, this makes MK-677 a cleaner GH releasing agent than other GH peptides, Ipamorelin aside.

One of the most well known effects of several GH peptides is their ability to stimulate the appetite. As ghrelin mimetics, drugs like GHRP-2 and GHRP-6 can have a profound impact on hunger in most individuals. In this capacity MK-677 is no different. Similar to GHRP-2 and GHJRP-6, MK-677 provides a distinct increase in hunger shortly after administration. However, unlike the above mentioned compounds, this effect is much longer-lasting, sticking around for between 12-24 hours in most cases.

When discussing IGF-1 within the context of muscle growth, most tend to focus on the level of this hormone in the bloodstream, while paying little to no attention to those factors which influence the ability of IGF-1 to do its job. One of these is IGF-1 binding protein 3, or IGFBP-3, for short. While low dosages of MK-677 (5 mg/day) do not increase levels of this protein, normal dosages (25 mg/day and above) do. For many of you reading this, your initial reaction may be to think of this as a negative trait, due to misconceptions surrounding the role of sex hormone binding globulin (SHBG) in testosterone metabolism, but the truth is that elevations of IGFBP-3 (as well as SHBG, for that matter) are a good thing.

In the same way, IGFBP-3 is the main carrier of IGF-1, but IGFBP-3 is more than just a transporter. It also helps prolong the life of IGF-1 in the body. In other words, the more IGFBP-3 present, the better. So, MK-677 not only increases growth hormone and IGF-1 levels, but also IGFBP-3, further potentiating the positive effects of IGF-1 on muscle growth.

Getting back to MK-677’s active life, let’s look at little closer at how this drug increases GH levels. Remaining active for roughly 24 hours, MK-677 works in a pulsatile fashion, causing about a dozen bursts of GH throughout the day. This keeps GH levels elevated for a substantially longer period of time compared to some of the most commonly used GH peptides, such as GHRP-2 or GHRP-6, which only maintain elevated GH levels for around 90 minutes. From a pharmacokinetic standpoint, in terms of duration of action, this makes MK-677 much more similar to exogenous growth hormone than most other GH peptides.

For those of you who have difficulty sleeping, or don’t feel as rested as you should when you wake up in the morning, MK-677 may be able to help. MK-677 has been shown to increase the amount of time spent in stage IV sleep by 50%, while also increasing REM sleep by 20%. In order to understand the significance of this, and its potential effects on recovery and growth, let me briefly walk you through the different stages of sleep.

There are 4 stages of sleep; stage I, II, III, and IV. Stages I is a preparation for the later stages of sleep, in which muscle activity is reduced and eye movement slows. Some people might describe this as the period inbetween wakefulness and sleep, in which the individual is not really coherent, but not yet fully sleep. The individual may be unconscious or may move in and out of consciousness during this stage.

In Stage II eye movement stops and brain waves slow, although an occasional burst of brain activity may occur. Stage III is characterized as by the onset of even slower brain waves called delta waves, which are interspersed with periods of faster brain wave activity. Stage IV is the deepest stage of sleep, in which delta waves are present almost continuously. The final stage of sleep is known as REM sleep. It is this stage in which we dream.

Stage IV, the stage of sleep which MK-677 increases, is when the body deals with the stresses from the previous day, repairing itself physically and recharging its batteries, so to speak. This is when we experience the majority of our recovery and growth and is therefore vitally important to bodybuilders. While REM sleep is less important for muscle growth, it is none the less an important component of the sleep process. Many scientists believe REM sleep plays an important role in cognitive functioning and our overall mental health and wellbeing. In addition to an increase in stage IV and REM sleep, MK-677 has also been shown to improve sleep quality by preventing deviations from the normal sleep cycle.

With so many benefits and its relative affordability, it is not hard to see why MK-677 has exploded in popularity over the last year. Like other GH releasing drugs, MK-677 can be stacked with GH peptides for an even greater effect, increasing levels of growth hormone and IGF-1 far beyond what can be achieved under normal circumstances. For those of you who want to experience the benefits of elevated GH levels, but don’t have the cash, or don’t want to take the risk with blackmarket GH, MK-677 is a viable, clinically proven alternative that is both easy and legal to use.