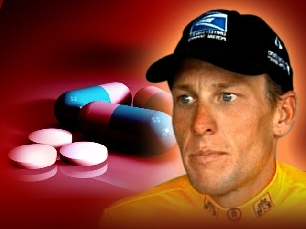 Anabolic steroids have been successfully demonized in our society with stunning efficiency. Similar to marijuana, our government and media has lied directly to our faces about these drugs, making the vast majority of the herd think that these drugs are cold hearted killers that will ruin your life in short order. At this point, most brain-possessing people have realized that we were blatantly lied to about marijuana all these years, and in reality, it has virtually zero negative impact on a person’s health. That said, brain-possessing people are not exactly the majority, causing the “marijuana issue” to linger on and on. Hopefully at some point this giant herd of babbling sheep that we call America will realize that the government and media are doing the exact same thing with steroids as they did with marijuana, lying.

How many times have you heard a sports fan who is sitting at the bar with his gut hanging over his belt drinking whiskey say something like, “I would never take steroids, even if it meant going pro”. Really? So, in essence, you are fine with slowly killing yourself drinking alcohol and eating lasagna for no reason at all beyond very mild pleasure, but you would not take a drug that accounts for zero deaths per year in order to earn 3 million dollars doing what you love? Congratulations sir, you are a genius. Therein lies the true wisdom of the average mainstream-media-watching American. Unfortunately the extent of the brainwashing does not stop there.

While earning my BA in heath back in 2009, I remember a professor asking this question to the class- “Would you take steroids in order to support your family?”. After sitting there for a few seconds waiting for my brain to liquify and run out of my ears and nose after hearing such an idiotic question, I gave my response. For the record, being able to think critically, question things, and see through propaganda, can be very bad for your GPA. Professors do not take well to you making them look and sound like upset baboons. Unfortunately, I personally just couldn’t help myself. I started by saying that the question was just plain ridiculous. I went on to point out that if you know anything at all about steroids and nutrition, you would know that what most parents feed their children is worse for that child’s health than steroids could ever be for a grown man who is educated on the topic. So in a way, the question could be reworded as “Would you subject yourself to less harm than you subject your own kids to, in order to support your family?”. That makes sense, I guess. Of course at this point all of the wool providing creatures I was surrounded by who could not even name a single steroid, or the most basic fact about nutrition disagreed with me, thought I was crazy, blah blah…or, actually ..bahh bahh. Looking back, that might not have been the best spent 35k of all time.

Since I have probably rustled a fair amount of wool already, I might as well continue to do so. It is as simple as bringing up two names that tend to tug at people’s emotions, Lance Armstrong and Bo Jackson. Open your mind and give this some serious thought. Lance Armstrong beat cancer several times, did literally everything in his power to succeed, including PEDs, and was very successful. This guy battled the odds by doing everything at his disposal, to a point that only a sliver of the entire population will ever have the misfortune of understanding. The ultimate role model and representation of the importance of never giving up. Then you have Bo. Bo was also very successful at what he did as well as hugely popular. However, Bo openly admitted to not practicing and never working out, but was supposedly “natural”. I feel as though that needs to be said again. Bo Jackson admitted to never practicing, as he did not believe in it, as well as never working out, at all. In other words, he was admittedly lazy and refused to do anything that he did not think was fun. Pretty much the exact opposite of everything we teach our kids to do when they are growing up. Can you guess which one of these athletes is loved and which is hated?

Why? Why does the herd hate Lance but love Bo? Because Lance did whatever it takes and Bo did…nothing? I’m not sure the demonization of steroids is a powerful enough explanation, because it is possible that had Lance been a Satan worshiper, but was never caught taking steroids, he would actually be less hated by all the pot-bellied sports fans than he is now. In short, this all shows just how immensely powerful the effects of media brainwashing are. Are you subject to this brain washing?

Newer Post
Central Bodybuilding – Episode 30
Older Post
Will the New Classic Physique Division be a Hit or a Miss?