Is it Your Genetics? 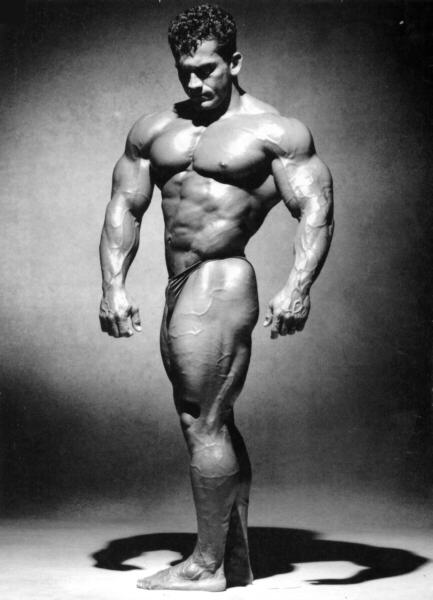 Early research suggests heritability and body fat content ranged from 0-90% (6). Interestingly, heritability estimates in twin studies are generally high (60-80%) whereas adoption studies (10) or general family studies (11) give lower results (30-60%). However, a large share of this heritability could be due to non-additive factors. Maes et al (12) summarized and confirmed through familiar studies that even the lowest heritability estimate (30%), genetic factors are involved in body weight variation. Although this research confirms our understanding of a genetic contribution, there are still some discrepancies concerning the importance of genetic factors in the familiar resemblance observed for body fat (6). Due to the increased cost of direct body fat measurements, most studies have used BMI or skinfold techniques at a few sites as approximates of body composition. Due to this limitation, it is difficult to assess the validity and legitimacy of the research for heritability and of body fat content.

A recent twin study (13) based on a sample of children born after the onset of obesity, provides results in agreement with previous research. In an obesity producing environment, genetic impact on body weight is very large. Wardle (13) also explains the thrifty genotype hypothesis, whereas genes that predispose individuals to obesity would have had a selective nature, and initiate an obesity epidemic, in association with the altered environmental setting.

Overall, the heritability of obesity is estimated at 40% to 70%, as previously indicated, although higher values have been reported. A more thorough insight of the genetic regulation in body composition demands detection of key genes and their mutations, along with specific proteins, that play a role in body composition.

Insulin and Leptin are known as important adiposity signals involved in the neuroendocrine regulation of food intake. Leptin, a crucial hormone produced by the adipoctye and released into circulation, acts on the hypothalamus to regulate body weight. Circulating levels of leptin reflect the adipose tissue mass as well as current nutritional status and thus forms a long-term and short-term energy balance signal (14). Normally, leptin blunts the urge to eat when caloric intake maintains ideal fat stores. Nonetheless, Leptin may effect certain neurons in the arcuate nucleus (located inside the hypothalamus) to stimulate production of chemicals that control appetite and/or reduce the levels of brain chemicals that stimulate appetite (15). An individual with a gene defect for either adipoctye leptin production and/or hypothalamic leptin sensitivity, the brain inadequately assesses the body’s adipose tissue status; thus the need to eat continues. However, Leptin alone does not determine obesity or explain why some people eat whatever they want while weight gain is minimal, and others gain weight with the same caloric diet. Notwithstanding, obesity syndromes associated with leptin deficiency and leptin receptor mutations have been reported in humans (14). The majority of obese humans, however, have increased serum leptin concentrations, implicating leptin resistance may be important in human obesity.

Insulin is the chief hormone controlling blood glucose levels, and its secretion by the pancreatic ß-cells is partly determined by the neighboring glucose concentration. Woods and Seeley (8) state the responsiveness of pancreatic ß-cells to glucose is a function of fatness, with fatter individuals secreting additional insulin for a given increase in blood glucose. Therefore, insulin concentrations reflect both fat stores and current metabolic requirements.

Cholecystokinin, is the prototypical hormone produced by the cells in the duodenum and jejunum. The secretion response is to existing nutrients within the gut lumen, specifically fat and protein. Although there are two receptor subsets, CCK-1 (located mainly in the GI tract), and CCK-2 (located mainly in the brain), cholecystokinin inhibits food intake by decreasing meal size and duration (16). The satiety effect is regulated by the CCK-1 receptors on the ends of the sensory fibers of the vagus nerve (17). In turn, CCK-1 receptor antagonists increase caloric intake and reduce satiety, thus suggesting an effect on appetite and food intake regulation (16,18). However, taken alone, chronic administration of cholecystokinin does not result in weight loss, but a combination of peripheral cholecystokinin and leptin has been shown to stimulate greater body loss than leptin alone (19).

Many biochemical signals have been directly associated with human body composition and the regulation of food intake (9,20,21). One such gut hormone is peptide tyrosine-tyrosine also known as Peptide YY-36, where Y depicts the abbreviation for tyrosine. PYY is a 36 amino acid hormone that has been suggested as a potential therapeutic agent for obesity (9). PYY is released by the intestinal cells in proportion to the caloric content of a meal. PYY travels to the hypothalamus to initiate the urge to eat. Interestingly, obese individuals normally make less of this satiety signal than normal body weight individuals. Furthermore, a recent study reported that obese persons have lower fasting and postprandial circulating PYY than lean individuals and require a much greater caloric load to produce an equivalent stimulation of PYY (22). Regardless if the decrease signaling of PYY in the obese has a critical part in the functioning of obesity, it represents an attractive target for human body composition.

The newly discovered endocannabinoid system has been shown to contribute to physiologic regulation of energy metabolism, food intake, and fat and glucose metabolism (21). Although human trials have not been established and confirmed, it is likely the CB-1 and CB-2 receptors will be an important regulator of human energy balance, body weight and body composition.