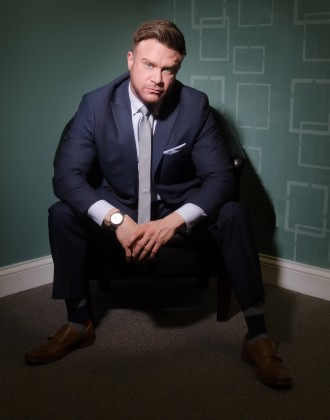 This week, an eleven-count indictment was unsealed against the supplement giant, USP Labs. The indictment alleges that the company’s CEO, and three of its executives are charged with money laundering, wire fraud, obstruction of FDA proceeding, and introducing misbranded food into interstate commerce with an intent to defraud and mislead. All of the defendants have been arrested or have made arrangements to turn themselves into authorities.

Within the past year, the Designer Steroid Control Act was passed, wiping most prohormones off the market. The FDA has shined a brighter spotlight on the supplement industry than ever before, while trying to tighten their control on supplements being sold to the general public. Research chemicals have been sold for well over a decade, but there are rumors this may soon stop. Steroid busts are now more frequent and at a higher scale. This is proof that the FDA and DEA have not backed off prosecuting steroid cases. While I do have some insight in these areas, I thought I would get a more in depth perspective from criminal defense steroid attorney, Jonathan Clark Baird.

(Josh Hodnik) I am familiar with your work, but many of the readers may not be. Fill us in on your background and on the type of cases you specialize in.

(J Clark Baird) I have focused my practice on both federal criminal and civil litigation. I have practiced in 11 different federal jurisdictions all over the country. I am willing to travel anywhere to fight for my clients.

I have represented supplement companies in various types of civil cases and also in administrative agency regulatory enforcement actions.
I have, of course, represented defendants accused of running underground steroid labs, manufacturing and distributing anabolic steroids, HGH and other PED’s.

Currently, I represent Brian Wainstein, in the federal criminal case against Axxio Labs/GenXXL. Mr. Wainstein, a dual citizen of South Africa and Israel, has been wrongfully accused of being the “biggest steroid dealer in the world”. We are aggressively challenging the case against the United States and have high expectations of a good result.

I love my profession and I think that shows in my practice. We pride ourself on out-working our opponents. I am a trial lawyer through and through, which means that when they put the jury in the box, that’s my time to perform. That is Who I Am.

(Josh Hodnik) From the time you started practicing law, what major changes have you observed in the supplement industry?

(J Clark Baird) More litigation between and among supplement companies: Intellectual property lawsuits, Lanham Act Claims, patent trolling by companies who don’t make supplements, class action law suits over protein spiking, etc. I think the increase in litigation is due to the increase in the number of companies in the industry, leading to more competition with fewer profits.

(Josh Hodnik) The FDA appears to be focusing on certain ingredients marketed by supplement companies. Nutrition Distribution LLC, has filed lawsuits against numerous supplement companies in regards to certain ingredients that are being sold, claiming an unfair advantage in the industry. This seems to me like the pot calling the kettle black, and this only puts the whole supplement industry under a microscope by the FDA. Due to this, what changes can we expect in the near future?

(J Clark Baird) The more dirt the industry uncovers on each other, the more adulterated products come to light. The more unapproved ingredients discovered, the shoddier manufacturing disclosed…all lead to increased calls for more regulation and enforcement, which the FDA is all too happy to provide. Maybe this is a good thing. I don’t know. There are a lot of unscrupulous companies making dangerous products with drugs that are not dietary supplements. At the end of the day the FDA should protect consumers.

(Josh Hodnik) The FDA, in regards to several of their products, has prosecuted Nutrition Distribution in the past. They hardly seem like a viable candidate for being a plaintiff in any of the lawsuits filed. Many in the supplement industry are viewing this as being frivolous. How would the Lanham Act tie into these current lawsuits?

(J Clark Baird) The Lanham Act was passed to protect consumers and prevent unfair trade practices. Many companies in the supplement industry have been accused of using false or misleading advertisements and labeling claims.

While several companies may have dubious histories (and I am not referring to Nutrition Distribution in any fashion), I think the issue is the conduct during the time period the unfair trade practices are committed. What a company did 5 or 10 years ago does not necessarily lessen a claim they may have now against a company making false and/or misleading statements.
Ultimately consumers should benefit from this trend. Transparency and quality will hopefully be the result of increased competition and litigation.

(Josh Hodnik) There are rumors that the sale of research chemicals will soon come to an end. The same rumor has come and gone as far back as 2005 and not much has happened. A few people were indicted for tax evasion, but that was about it. Do you see things being different now or in the future?

(J Clark Baird) Yes. I believe that the FDA has changed their internal policies or priorities for enforcement and are targeting these companies. I predict more and more companies being shut down and parties being indicted overintroduction of misbranded or mislabeled drugs into interstate commerce and other criminal charges.Part of it is based on the “War on Drugs (Steroids)” that continues to rage on. Also WADA has somehow transformed itself into an international quasi-governmental law enforcement agency, as illustrated in their collaboration in Operation Cyber Juice; again this keeps the issue of steroids front and present in the public eye, pressing law enforcement to continue to investigate and prosecute.

Finally the Biologics Price Competition and Innovation Act (BPCI Act) is being implemented and that will effect the classification of lots of peptides as drugs, regardless of the application. I think this is weighing heavily in the investigations and enforcement of the FDA.

(Josh Hodnik) USADA and WADA both participated in the Operation Cyber Juice investigation. Both organizations enforce anti-doping policies in sports, but they have obviously stepped in to help in the enforcement of laws that pertain to performance enhancing drugs. There are no known athletes involved in Operation Cyber Juice that we are aware of. We know that athletes that have to adhere to the drug testing policies by these organizations make up an insignificant portion of anabolic steroid users. So what does WADA and USADA look to gain, if anything, by becoming involved in assisting law enforcement agencies with steroid investigations?

(J Clark Baird) Fame? Glory? Money Who knows Honestly I think they are simply trying to expand their roles to obtain more funding. I think it is ridiculous; its like the clerks for the drivers license branch backing up the state police. They are pencil pushers not law enforcement. They should stick to urine samples.

(Josh Hodnik) There was a time when anabolic steroids were peddled at gyms, bodybuilding contests, and powerlifting meets. The Internet and technology in general has changed the way these drugs are exchanged today. The gym based steroid dealer has almost become obsolete with most performance enhancing drugs being sold on websites and message boards. Steroid sources and users often feel more at ease with buying anabolic steroids without showing a face or a real name. Both sides often take the precautions of using a fake name to send money and use a post office box or fake address to have the steroids delivered to. They also use encrypted e-mail accounts to conduct business, and the ghost VPNs to hide their IP address. With all of these precautions, many dealers and users feel they are untouchable. The continued steroid busts tell us differently.

In September of this year, Operation Cyber Juice, resulted in 90 arrests and numerous steroid labs being shutdown. This investigation headed by the DEA, covered more than 20 states, and was one of the most organized and in depth investigations. The federal government has come to realize that steroids are a big business, and much of the business is done online to avoid detection. With the FDA and DEA becoming more familiar with the steroid business and how it operates, will busts to the magnitude of Operation Cyber Juice or Operation Raw Deal start to occur more often?

(J Clark Baird) Yes, I do expect so. Administrative agencies are subject to the institutional phenomena of expansion of their jurisdictional authority. Agencies want to regulate more areas to justify increases in their budget requests and to insure their jobs and their importance in Washington. The FDA has dramatically increased the size of their Office of Criminal Investigations (OCI) over the past decade, which has led to more
steroid-related busts on the national level. Same with the DEA: the more steroids they can seize, the larger a budget they will get.

The witch-hunt against steroids will continue ad infinitum.