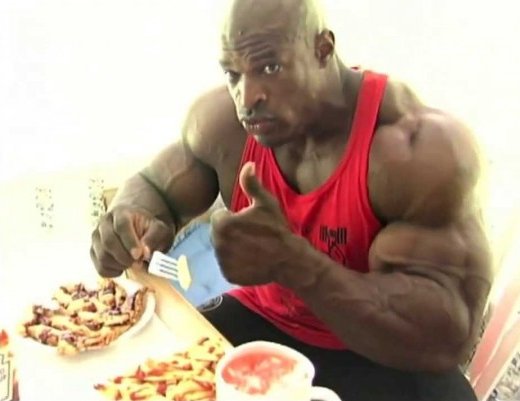 Sodium chloride, also known as table salt, has been linked to a number of health issues according to the U.S. Department of Agriculture. These health issues include: hypertension, heart disease, heart failure, stroke, edema, and kidney disease. One would think that any substance that has the potential to cause health problems this severe would be regulated instead of being found on every restaurant table and in every home in America. While much of the medical community still pushes the statements made by the USDA regarding health problems associated with sodium intake, many in the medical community know this is a little off base. Sure, intake of sodium in extremely high amounts can be toxic. When I say extremely high amounts, I’m talking in the range of 20g-60g a day. This is well above what anyone would consume in any given day, even if they ate nothing but processed foods and added to salt to that. It has also been stated that sodium can be lethal if enough is ingested in one sitting. While this is true, the amount that would have to be consumed would be more than anyone could possibly take in at one time. To put the sodium can be lethal statement into perspective; water has the potential to be lethal if enough is consumed in a short period of time as well!

While much of the medical community and the American population are convinced that sodium intake can lead to severe health problems, there are some in the medical community that believe quite the opposite. The Journal of the American Medical Association reported that people that consumed less sodium had a higher risk of dying. The Journal of Hypertension found no evidence that reducing sodium intake lowered the risk of heart disease, heart attack, or stroke in people with normal or high blood pressure. The American Journal of Hypertension published another analysis in 2014 that looked at sodium intake and health. In the analysis there was a low sodium (2,645mg) group, average sodium (2,645mg-4,945mg) group, and a high sodium (4,945mg and above) group. It was determined that the low and high sodium groups had an increased mortality rate when compared to the group that consumed sodium in moderation. This group consumed much more than the Recommended Dietary Allowance (2,300mg) of sodium and lived healthier lives. Now that we have some of the false beliefs about sodium and it’s link to negative health out of the way, the focus will now be on how optimal sodium intake can benefit the bodybuilder and competitive athlete.

In humans, sodium is responsible for regulating blood volume, blood pressure, water balance, and PH levels. When sodium levels are not in a certain range, performance and appearance can be negatively impacted. Sodium is mainly excreted through sweat and urine. The importance of water and fluid consumption is heavily recognized today. Even though it may seem ridiculous to some, it’s not uncommon to see bodybuilders lugging around a gallon jug of water throughout the gym. People that spend time in the gym lifting weights or on an athletic field will consume more water and sweat more than the average sedentary person, and this creates a need for more sodium to be consumed. When sodium becomes depleted, the body will attempt to compensate by excreting potassium. This will result in a decrease in fluid volume in muscle cells. This in turn causes muscles to appear flatter, strength and endurance is decreased, and muscle pumps are not as prominent. Increasing sodium can increase muscle size by adding more fluid volume. An increase in intracellular fluid increases protein synthesis, which leads to more muscle growth. Also, many amino acids require a sodium molecule to be present to enter muscle cells.

Hany Rambod, the creator of FST-7 training, has been credited with training 6 different athletes that have won 13 total Olympia titles. Rambod’s training concept is centered around stretching the muscle fascia by creating the biggest muscle pump possible during training. Since sodium plays a critical role in muscle volume, Rambod pushes his athletes to consume ample amounts of sodium. Bodybuilders such as Phil Heath and Jay Cutler have won numerous Olympia titles while using this practice.

An often occurrence that happens with bodybuilders is that when they diet they will look very flat and their strength suffers. Many just take it as being a part of reducing calories and just roll with it. Others feel as if they are losing muscle mass, and they will dump the diet in fear of getting weaker and smaller. Adding sodium back into the diet will solve this problem. Many bodybuilders consume moderate to high amounts of sodium while still being able to show up on contest day looking dry and full.

When sodium intake fluctuates from low to high and vice versa, dehydration or water retention will occur. The hormone aldosterone is what regulates sodium balance. When sodium intake is restricted, aldosterone is elevated. Once sodium is reintroduced into the body, it is stored along with water, causing bloating. As long as sodium is taken in consistently, water retention will not be an issue and neither is dehydration if enough water is consumed. A moderate amount of sodium intake daily will keep muscles full, strength and endurance will increase, and muscle growth will be maximized. These are all benefits that any bodybuilder or competitive athlete looks for. There are some negative beliefs about sodium intake, but for the most part, they are just beliefs and not facts. The link between sodium intake and health problems has been proven to be wrong by many as of late. Sodium is a mineral that should be a part of every healthy individual’s diet. Limited sodium has been proven to have a negative impact on health, endurance, and muscle growth.