In Defense of Contemporary IFBB Pros! 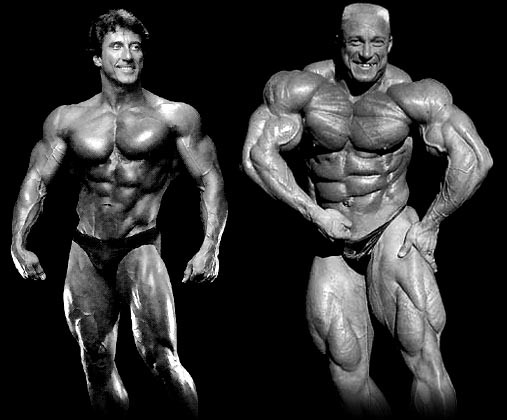 Most of us who follow the sport bodybuilding know that recently a massive criticism has been pointed towards some of the competitors lacking conditioning and possessing bulging stomachs. Criticism has also been leveled against the criteria they are judged upon.

Additionally, this is a topic that has been boiling for many years inside the industry. However it feels like it has almost gone full circle when even Arnold himself went official with his personal opinions and how he thought bodybuilding fans and media should work towards changing the physical ideals of the sport in the future.

At the same time there is something ironic and a lack of respect concerning the whole thing. One of the ironic parts is that some of the athletes from the beginning of the “mass monster era,” namely the ‘90s have joined this aesthetically pleasing bandwagon. Because let’s not forget that the beginning of the ‘90s was the era when the first real mass monsters were awakening. This was the decade which changed bodybuilding forever!

In addition to the ‘90s period, I remember very well that there was a harsh debate which came from various corners of the industry regarding this breed of bodybuilders, and their distended bellies and extreme muscle mass. Sure some of the biggest guys had flat stomachs at times, but for example when it was time for the quarter turns, the bellies swelled up all of a sudden. The competitors couldn’t control their stomachs.

The funny thing is that some of the same guys who were criticized during the ‘90s seem to have forgotten that they were targeted for the same things during their careers. However, now all of a sudden they see themselves as the “aesthetics” of the sport and are blaming both the pros of today for low bodybuilding quality, and the judges who were the people behind their contest wins during their careers! This is ironic because this means in a sense that they are stripping themselves of many of the titles they won back in the day.

In any case, I agree that we should work towards flatter stomachs, and especially better form or conditioning, because, sure, there is a difference today when we look at the general line up of the competitors compared to 15 years ago.  However, at the same time there is an idealistic ambivalence going on, because at the same time parts of the industry as well as fans ask themselves, how big can the guys get on stage – can anyone come in with good form, weighing around 350 lbs? Are there any genetic limitations to how big a person can be? Additionally, we are pushing for the bigger competitors, who unfortunately, because of their extreme size, will have distended bellies at times. However, at the same time we are also voting for the aesthetically pleasing physiques in the lineup.

This is the thing though, if we create a future where we’re only looking for rare aesthetical physiques, and thereby force confined judging criteria upon them, we will start to close doors for many bodybuilders with more average genetics. Many athletes would have to give up their dream of one day becoming an IFBB Pro just because they never will have an ability to compete with guys with tiny waists and who are born with those aesthetics gifts. In addition, I personally believe there has to be a factor in bodybuilding where hard work really has the ability to win over genetics, otherwise the line ups in both the NPC and IFBB Pro division will decline bit by bit, and the limelight will fade for many possible great bodybuilders in the coming years.

Moreover, let’s say that we would turn the table around totally, and only reward physiques like Shawn Rhoden or Cedric McMillan for example, I can guarantee that after a couple of years we all would start to ask ourselves, “Where have all the huge guys like Yates, Coleman or Branch Warren gone? I miss those periods of bodybuilding! These guys were the ones who got me into this sport in the first place… I want to turn back time!”

Conclusively, I think it is time for everyone who is involved in this judging debate to relax a bit, take a few steps back, and show the athletes and the judges plus the organizers a little more respect. Because we shouldn’t forget that they are the ones making this happening, they are ones holding the industry together.

The athletes in the frontline of this criticism are the ones who travel the world to compete in these tours. They are leaving their partners and kids during long weekends, also add their training, dieting, doing seminars, meeting fans, and at times walking through hell to be a part of the shows and the social media around them, which we as fans follow all year round.

Sure some of them make their money, but not in any way like people who are involved in sports like football, tennis or golf for example – far away from that.

Measured by all the time and effort these contemporary athletes and the organizers put into bodybuilding and the industry around it is a great achievement. And my opinion is that that they deserve more respect compared with what they have been receiving lately.

In closing, while working towards better ideals of conditioning, we should neither forget, as I mentioned earlier, that the level of muscle mass is a powerful factor in the judging criteria, and should be as well. This factor is fundamental; because it is here hard work can beat the better genetics, a principle which lets more guys with average genetics dare to chase their dreams of one day become professional bodybuilders.