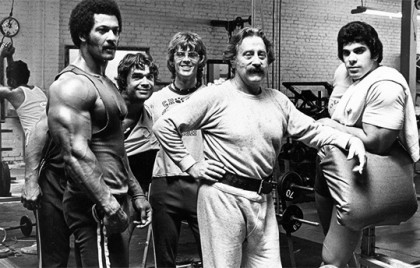 When people are faced with a disaster or potential for danger, they are often left with what is called a “normalcy bias”. This phrase refers to the assumption that since everything has been okay up until this given point in time, that things will continue to be okay. Take for example the threat of a large scale natural disaster such as an earthquake or volcanic eruption. Perhaps people in the community have been hearing predictions of doom and destruction for so long that when information comes up that shows something bad is really going to happen, they brush it off and file it away into the mental folder with all the other unrealized threats.

And then it happens.

While much less dramatic or important in the grand scheme of things, there is a very similar complex in the bodybuilding world when it comes to up and coming bodybuilders. There is definitely a tendency for many to jump on the hype train whenever an impressive new talent emerges, and what this causes is a knee jerk reaction of low expectations by those who have been duped by previous “future Mr.Olympias”. There is no arguing that many bodybuilders have been promoted with promises that they will dethrone the current champions and bring new standards of muscularity, symmetry, condition, better hair, congeniality…god, pretty much everything. Time has proven that most of these were flops. Just by sheer percentage, there was no conceivable way that all of these men could be as legendary as the folklore surrounding them as by very definition they would have rendered themselves normal by the sheer volume of them. But has the amount of unfulfilled potential and over hyped flops jaded fans from seeing when something truly special is in front of them?

Human being are strange. There is something programmed in some of us that drives us to not want to be sold on something. Some of us want to be the guy who says “I told you so” when things go wrong so badly, they refuse to embrace any chance that something might really change the future of the given topic. Call it ego, or call it a normalcy bias, either way it is very prevalent in bodybuilding.

As the Arnold Classic approaches, we have several competitors who can easily be related to this topic. On one hand, Cedric McMillan probably has more potential that anyone in the world at the moment. If Cedric continues to add a few lbs in the right places, and finally comes in the condition that the judges hold these guys standard too, he (in my opinion) could possess the best physique in the planet. He is a tall bodybuilder with round muscle bellies and beautiful structure. Although he is usually one of the biggest guys on stage, I do feel he will need just a few more pounds of stage weight to compensate for what will come off when he hits granite like conditioning. His height and width also allows him to push the boundaries of muscle mass without it piling up on itself and looking squatty.

But we have been saying this for years. Big Cedric has made a career for himself and is certainly a fan favorite, but he (so far) has fallen into the category of bodybuilders who have under delivered on their hype. His name is often seen referenced when someone new comes along and a fan will cite McMillan as an example why the new competitor doesn’t deserve the hype. “People said the same thing about Cedric”. Big Ramy is slowly entering himself into this category as well, but has improved in each showing and with a recent switch in coaching there is reason for hopeful optimism in regards to his future.

Enter Justin Compton. Sure, people are almost getting sick of hearing the name by this point, but there is a reason people can’t stop talking about him. I think we are looking at the next legitimate threat to the Mr.Olympia title (within a few years) and the best new talent we have seen in ages…although I can already hear people shouting examples of previously hyped bodybuilders at their computer screen like I must be some bandwagon jumper who has ridden every train. I have not. The main difference that sets Compton apart from the rest is that he hasn’t competed out of shape since he was beginning as an amateur. That cannot be said about any of the other recent “future Mr.Olympias”. It is almost impossible to critique anything on him that isn’t going to be fixed with time (more mass in some areas). He isn’t missing entire body parts or severely deficient in insertion points or anything that will stop any type of progress long term. Despite the fact he gains 5lbs every time the damn camera turns on and has conditioning on par with any of his peers, there is still a sea of naysayers who are desperate to lump him in with the other failed “greats to be”.

Next month we will truly see if we have found the first bodybuilder to deliver on the hype since Phil Heath or another one to throw in the “told ya so” bin. My vote is on the first one.