How The Arnold Will Affect The Upcoming IFBB Season 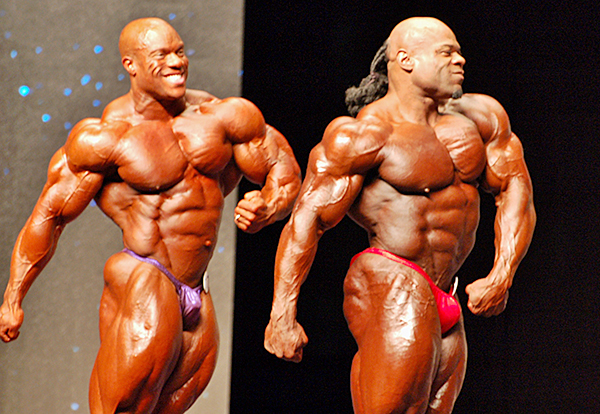 2015 might be several months deep, but the competitive bodybuilding seasons has just begun. As last year closed out in redundant fashion with a less than 100% Phil Heath besting a less than 100% Kai Greene yet again, the hunger and desire for new life to be breathed into the top tier of the IFBB’s competitive ranks was at feverish levels as we anticipated this past weekend’s Arnold Classic. On paper the story of the show leading into the event was Dexter Jackson’s attempt to surpass the all time record for wins of this very contest which he was previously tied at 4 with the legendary (and his personal friend) Flex Wheeler. This was definitely the most anticipated outcome and many media outlets chose to focus on it, however many fans were buzzing about the potential for a new star to rise and take the wind out of his sails.

Justin Compton is a 26 year old phenom who after 1 professional victory in Orlando earned the responsibility of being a man destined to top the world of professional bodybuilding. Improving at insane rates that would make Phil Heath jealous, Compton is the latest talent to enter the pool of “potential Mr.Olympia” genetics but possesses one thing that separates him from the others – His mind. Comparisons have been drawn to the great Dorian Yates in Comptons methodical and intelligent approach to bodybuilding, and his consistent progress and impressive stage performances justify them. Compton showed up in Columbus missing detail in his ad region which led to assumptions that it all simply came down to errors in the last 72 hours causing a film of water which was very distracting. It’s my humble opinion that if he had been as crisp as he was at his Orlando victory with his newfound size that he would have been handedly worthy of the first place spot here. Still, third place in his first major show is no failure.

Now on to the other potential threats at this show.

Evan Centopani’s progress pictures leading into show day promised a new and improved edition. While he certainly added some thickness in his upper body, he did not blow the roof off of the place. The controversial 4th place finisher Cedric McMillan was impressive enough to have many rally behind him and proclaim he was good enough to win the show, although even his supporters are quick to admit he could have been harder and drier and that he is sitting on enough potential to not just snag a sandow but create a legacy if he would just go the extra mile.

Roelly Winklaar was also toted as a thread to Phil Heath at one point in his career but now his arms are the only part that we will see challenge Phil at his own game. Roelly was h-u-g-e but not conditioned enough and possessed a gut at the finals that was simply too hideous to reward. Brandon Curry has some of the best physical gifts in the game but still shows up in 4 week out shape.

So by default, Mr.Consistency Dexter Jackson is now the record holder with 5 Arnold Classic Ohio victories, with fellow veteran Branch Warren in second place. This was not the best Dexter Jackson we have seen (not even close) and he coasted to a first place spot. That begs the question; Has bodybuilding progressed? If Dexter is not as good as he was a handful of years ago but still wins this contest that simply means that none of the “new blood” has stepped up to the plate and earned a spot at the top yet.

I don’t feel I would be shocking anyone by saying Jackson will not win the Olympia this year – I would bet my house on it. So if the guys with the tools to threaten the O can’t even beat Dexter who is likely to fall in that 3-6 range come September in Vegas, how far away are we from seeing a changing of the guard? Personally I don’t want to see the next crop of elite bodybuilders rise to the top by default when guys like Dexter and Branch retire. Us fans want to see them shock us and show us that the future of bodybuilding is here.

A new Arnold Champion would have made for an exciting season as they would be thrust into discussion about shaking up that first callout at the Olympia, but the harsh reality was given to us that we aren’t quite ready for that breath of fresh air and the veterans will likely stay perched on top looking down.