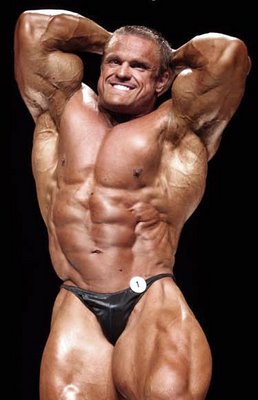 The year was 1992 and early September in Helsinki, the capital of Finland. Bodybuilding enthusiasts had gathered from all over the world to see the first Mr. Olympia in nine years without Lee Haney as the reigning champion. Haney had retired the previous year in Orlando, Florida, USA after winning his 8th Mr. Olympia title.

The night of Haney’s last Olympia battle he was actually close to being drawn into the shadows and losing to a British newcomer on the rise. The newcomer had made an outstanding impact in Orlando and everyone was talking about him and his chances of taking the Sandow in a close contest. Furthermore this Brit was in the frontline of the new breed of massive bodybuilders that no one had ever seen before. It was “The Shadow” from Birmingham himself, Dorian Yates, and he was on his way to claiming his first Mr. Olympia title.

However, there was someone the bodybuilding world was totally unaware of at the time. Approximately 300 miles north of Helsinki in the smaller city of Oulu was another one of the new breed of bodybuilders in the making. Yes, Finland had its own mass-monster and he was hungrier than ever – namely, Marko “Super-Mass” Savolainen.

Savolainen was born in the city of Oulu, February 13, 1973. He began quite early in his childhood with sports activities. Before the Finn turned to bodybuilding he had a shorter but successful career as a Taekwondo practitioner. Savolainen was 16 years old when he discovered weight training and bodybuilding and was hooked right away. It didn’t take long before he started to dream about becoming a professional bodybuilder. The young Finnish bodybuilder started right away to work hard and with dedication to reach his goal of stepping on the big stages in the future. 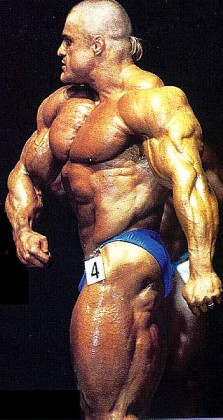 A few years went by and then it was finally time for Savolainen’s first competition. It was 1992 – the same year Yates won his first Olympia title. The Finn placed 2nd in the Junior Nationals middle weight division and 7th among the light heavies at the same show.

Savolainen didn’t give up; he knew that he could win the Nationals and even go a lot further than the Nationals as well. As a proof of dedication to bodybuilding Savolainen did actually live in the back room of Gold’s Gym in Helsinki for a while. The staff had brought a blanket for him on the floor and a small refrigerator. This was basically everything he needed during his years on the hunt for bodybuilding success according to his own words.

The following year in 1993, the 20-year-old Savolainen returned to the Finnish Nationals. He entered a stage which included bodybuilders who had been competing for decades. Some were twice his age!
This time was a lot different than the previous year. The preparations had gone perfectly and he had packed on a lot more muscle since his debut. The 12 months of development was more than enough to beat all competition on the junior level and in the open division. His wins also qualified him for the Nordic Grand Prix, a show which he won in grand fashion as well.

Then in 1994 after only two years as a competitive bodybuilding and 5 years of training in total, the 21-year-old achieved his dream and was now an IFBB Pro. At this time Savolainen weighed 275 lbs. (125 kg) and his arms measured close to 24 inches (60 cm) at a height of 5’9” (175 cm). Those arm measurements can be confirmed by Mr. Ed Connors, which says a lot. 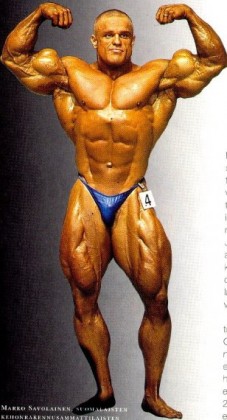 It was during this period when the bodybuilding world really started to take notice of the talented bodybuilder from Finland. It was also now when this time I read about Savolainen and saw pictures of him for the first time. I believe it was in FLEX magazine. The title to the first article I read said “WATCH OUT DORIAN! THERE’S A NEW MASS MONSTER IN TOWN!” Beneath the title was a black and white photo of a young Finnish bodybuilder hitting a massive lat spread. Out of this world! This is now over 20 years ago, but I will never forget that picture and I am impressed to this day.
In 1997, it was finally time for the young Finn to make his pro-debut. This took place at the Finnish Grand Prix. The line-up included some of the best IFBB Pros in the history of bodybuilding. The winner of the show was Kevin “The Maryland Muscle Machine” Levrone with Chris Cormier in second place and Ronnie Coleman at the third spot. Savolainen finished at the 7th in his debut. The Finn won over legends like Lee Priest and Milos Sarcev and Norway’s own Geir Borgan Paulsen.

Savolainen looked great without a doubt, especially impressive during the days when the competition was at such an extremely high level and especially the conditioning of the competitors which signified this era. Savolainen delivered, sending a clear message that he was for real and that he could hang with the best bodybuilders in the world.

The next year he was back again at the Finnish Grand Prix where he placed 9th. Later in 1998 the shows it was time for USA’s and Night of the Champions in New York City where Savolainen’s conditioning wasn’t where it should have been.

Savolainen was far from being satisfied with his placing and knew he could place much higher and kept on trainer harder and harder. The Finn always went at it at 100 percent and beyond. This was something that would eventually lead to his downfall later in his career.

He made a comeback in 2001, placing 12th at the Ironman Pro Invitational and 8th place at the IFBB San Francisco Pro. 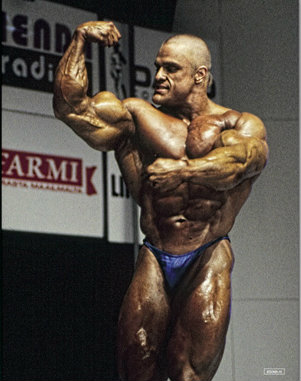 That same year Savolainen’s health started to give away. It started with his left biceps being torn and later on a serious chest tear. At this time Savolainen also noticed that his body didn’t react to dieting as it had previously; the results which he was used to failed to appear. The reason was found out in 2005 and that was due to kidney dysfunction. This was basically the last nail in the coffin for his career. Competitive bodybuilding was finally over.

My guess is that Savolainen had an immortal mindset in his younger years, something he had to pay a pretty high price for in the end. However, Savolainen has turned his competitive focus to different fields of training. He still loves bodybuilding though and trains hard to this day. Above all, he is a happy man. Additionally, he has started his own supplement line and he is also a personal trainer at the new training academy in Finland called Fit-Club. Furthermore he lives with his wife Hanna Savolainen who is a successful figure competitor.

Last but not least, I believe that Savolainen is another great example of an athlete using the mental discipline which made him a successful bodybuilder at one point in time and turning that discipline towards a different successful career.

In closing, I have been passionate about bodybuilding for more than 20 years and I know that Savolainen had all the genetic tools to become Mr. Olympia one day. However, Savolainen did fulfill the first dream he had as the 16-year-old kid in the city of Oulo – the dream of rocking the world and one day becoming a professional bodybuilder. And more than that, he has written down his name in history, because he is still remembered close to 20 years after his impressive debut as a professional bodybuilder!

Newer Post
Why The Arnold Classic Will Be Better Than The Olympia
Older Post
CrossFit: A Sport of the Future or a Losing Game?