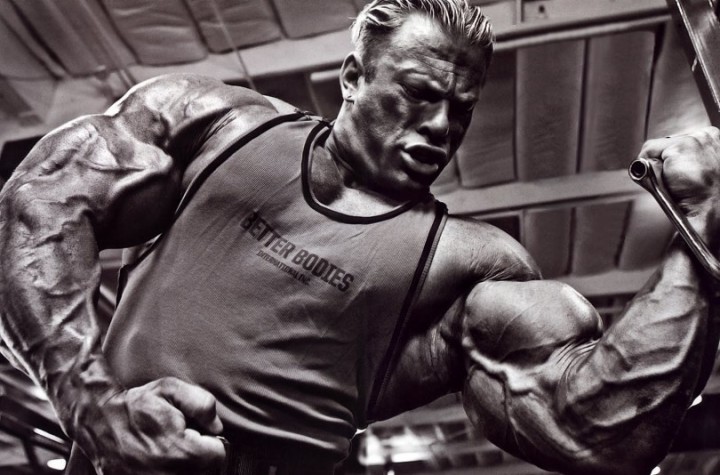 In comparison to just a decade ago, there is a much better understanding today of how growth hormone (GH) and insulin growth factor-1 (IGF-1) affect the human body. While there is a greater understanding regarding these peptides, there are still many unknowns. Much of the information on these two hormones is often contradictory and based solely on theory. Many of the theories involving GH and IGF-1 seem logical, but as science has shown us many times over the years, a theory based on what makes sense doesn’t always play out to be right.

The secretion of GH starts in the pituitary. Growth hormone releasing hormone (GHRH) and growth hormone inhibiting hormone (GHIH) are first released. The pituitary will release GH based on the balance of these two hormones. GHRH and GHIH levels are stimulated or inhibited by a number of physiological factors such as exercise, diet, sleep, medical conditions, and exogenous GH use. Surges of GH secretion occur during the day every 3-5 hours. The highest concentration of GH release occurs during sleep, with 50 percent of secretion occurring during the third and fourth NREM sleep stages.

Competitive bodybuilders have used GH for decades. The views on this peptide have flip-flopped many times since it was first introduced in synthetic form in the 1980s. The original “steroid guru,” Dan Duchaine, had once stated that bodybuilders can benefit from GH administration, and he was also known for stating that GH showed no benefits for bodybuilders or competitive athletes. This was during the time when there wasn’t much information on GH and use by bodybuilders was extremely rare. Today, there is more information and research available on GH, and its use by bodybuilders is common. Even with all of the new information and research, there are still split views on growth hormone’s ability to stimulate muscle growth and shed body fat. Some believe that GH aids in fat loss and nothing more, while some believe it can increase muscle growth when taken at higher doses (above 6 IUs daily).

There are several theories as to how GH exerts its growth promoting effects. One is called the Dual Effectory Theory. This theory states that GH has direct anabolic effects on body tissues. A study that supports this was performed with mice that over express GH and mice that over express IGF-1. These genetically altered mice were larger in the group that over expressed GH. This seems to show that GH has more growth potential than IGF-1, but when an element that destroys IGF-1 was administered along with GH, the anabolic effects weren’t present. This shows that IGF-1 is involved somewhere between the pituitary and target tissue.

A second theory is the Somatomedin theory. It states that GH exerts its anabolic effects through IGF-1. When GH is first released, it travels to the liver and other surrounding tissues where it begins the synthesis and release of insulin growth factors. These growth factors then travel to the target tissues. A study performed to support this theory showed that animals that are GH deficient, were able to reach normal growth levels after being administered IGF-1.

It’s known that IGF-1 plays a role in tissue growth and lipolysis from the administration of GH. There are several theories on when and where IGF-1 actually steps in and how much of a role it plays in the growth and fat loss sequence that occurs from GH. The argument is whether circulation of IGF-1 or IGF-1 produced by the cells that use it are responsible for the benefits that take place from taking GH.

It is a well-known fact that IGF-1 levels are significantly raised from GH use. Testing IGF-1 serum levels is a common way to determine the legitimacy of GH. It is known that GH administration translates to more IGF-1; IGF-1 being the potential promoter of growth and lipolysis, it would seem logical that one could skip the GH altogether and take IGF-1 instead. Due to the lower cost of IGF-1 found online, many have opted to replace GH with IGF-1, with the belief that many of the sequences involved with synthesizing IGF-1 from GH will be skipped and they will yield results that are equal to or greater than with GH.

IGF-1 is a growth factor that is closely related to insulin. It carries the same amount of amino acids as insulin and as stated above, it is responsible for the anabolic reactions to GH. When IGF-1 is released by the liver, it then binds to IGF growth factors inside the cells, and causes the stimulation of cell growth. It has many positive effects as it increases nitrogen retention, protein synthesis, and it promotes the growth of new muscle cells, when enough protein is present. The addition of muscle cells is a benefit that IGF-1 brings to the table that anabolic steroids don’t. Anabolic steroids help to increase muscle cell growth, but play no part in cell duplication. This is where anabolic steroids can work very synergistically with IGF-1. While new muscle cells are added from IGF-1, these cells can expect to grow larger from anabolic steroids.

It can be concluded that any tissue growth that occurs from the administration of GH, is as a result of IGF-1.It is also theorized that taking IGF-1 will result in greater tissue growth than from taking GH. Many have tried this only to be very disappointed with little to no visible change. Regardless of what some research studies may suggest, people will rely on real results, which seems to be lacking today with IGF-1. GH has been the favorite among these two because of its undisputed fat loss effects.

IGF-1 does have some very potent tissue growth capabilities. There are several reasons that IGF-1 users aren’t seeing the muscle growth that research suggests.
I recently spoke to IGF-1 expert, Dave Palumbo, to discuss this. He brought some things to light that could be contributing to the lack of tissue growth from IGF-1.

Q & A with Dave Palumbo

IronMag: Do you feel GH or IGF-1 is more responsible for tissue growth among bodybuilders?
Dave: Theoretically, real IGF-1 should build more tissue than GH…..since GH has to stimulate IGF-1 output to cause growth. Unfortunately, most IGF-1 on the market is not real.

IronMag: If “legitimate” IGF-1 is taken, should it be dosed around 20mcg a day? People are often dosing at 100mcg daily or higher and not seeing progress.
Dave: If you take more than 20mcg per day, you down regulate your IGF-1 receptors extremely quickly and it stops working.

IronMag: It seems to me that IGF-1 could actually be more effective than GH in some areas if it’s legitimate IGF-1.
Dave: During the offseason, I would use IGF-1 and insulin (without GH) for those very reasons.

IronMag: What do you consider to be the most trusted brand name or trade name of IGF-1 available today?
Dave: Increlex is the only prescription brand…..back in the day, research grade was good, but I don’t know if I trust it today.

Today, many have given up on using IGF-1 to enhance muscle growth. This peptide (if real) has the ability to greatly influence muscle size. The common ‘knock offs’ or diluted IGF-1 that is often sold has changed a once positive view on IGF-1. When comparing IGF-1 and GH, IGF-1 is much more effective than GH in adding muscle. The overabundance of fake IGF-1 floating around, and the wrong dosage protocol can be to blame for the change in this view.