Healthy is the New Huge 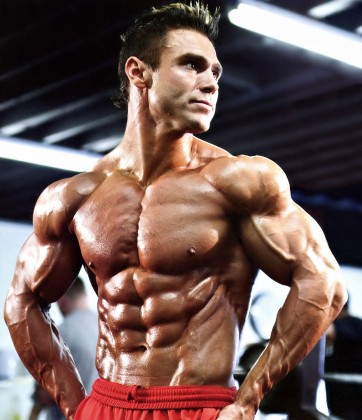 Mass at all costs. This is still the approach that some people apply to bodybuilding but times are changing. You will still come across the “I don’t care if I die as long as I need a big casket” asshole here and there (usually online behind a fake screen name), but it’s less and less common (maybe they…died? Sorry, too easy).

It wasn’t long ago that most bodybuilders believed that steroids themselves really didn’t have any long term health complications, and many still believe they are relatively harmless on their own. As the dosages went up people continued to justify the abuse, asking notorious questions like “Where are the bodies?”. Well, we found them. It just took a decade or two for the long term effects to really be seen. I’m not saying steroids kill…but the connection is now there and bodybuilders are dying rather frequently. Perhaps the most confusing part of it all is that most deaths can also be linked to other outside factors, whether it be a recreational drug addiction, stimulant abuse, or just simple neglect of health. Hell, some people aren’t meant to carry 100lbs of extra tissue on their frame and just being heavier than they were meant to be could be enough to tip their health to the negative side.

The reason this complicates the scenario is that people can still say “it wasn’t the steroids”. And most confusingly of all; They very well may be right. But we have to be realistic and come to the realization that steroids are at least part of the issue at hand. Not everyone is going to have the side effects, but there are people out there who can’t even get on a mild cycle without their blood pressure sky rocketing and their bloodwork turning into a nightmare on paper. What happens when this person pursues bodybuilding with the same ambition as the ones who might have been given the golden gift of invincibility? The outcome can’t be deadly.

Perhaps the saddest part is that we now have knowledge of many supplements that can reduce the stress on the body and offer some level of protection against the wear and tear of the lifestyle. Many of them weren’t available back a decade or two ago and many bodybuilders from those times would use a multi vitamin and maybe some minerals and call it a day. That was all that most thought was necessary at the time. Now with the mainstream availability of vitamins and supplements of all types there is really no excuse to take you well being into your own hands.

The list of “must haves” might have grown beyond what the average gym rat can afford or remember, but products like Ubiquinol, curcumin, vitamin k2, and others have all shown great promise in protecting our heart and health. Sadly, many youngsters can justify spending hundreds of dollars on a cycle but can’t spend a percentage of that on safeguarding themselves to some degree.
There was a time when people used to say “If you can’t afford PCT, you can’t afford the cycle”. I would like to think some of that mindset could be applied to the purchase of products that might prolong your good health long enough to keep cycling in the first place. I know this message is hard to infuse in the minds of beginners and people desperate to add muscle mass before they hit mental or financial maturity, but we can try.

The options available today are much more effective and comprehensive, and many people are changing their approach to focus on the health aspect as much if not more than the muscle. We all know bodybuilding isn’t “healthy” by nature, but it’s very short sided to just throw caution to the wind because you happen to take steroids. Why not do everything in your power to balance it back out and negate potential health concerns?

The mindset of “we take things that are bad for us so may as well say f*ck it” is part of the reason we see premature deaths. No point in adding to the list of potential killers. Everyone knows someone who eats fast food regularly because their metabolism and laundry list of AAS and fat burners they are on allow them to do so without getting fat, but overall I think the consensus is that we need to start focusing on the inside as much as the outside.

Let’s hope we see much fewer RIP’s in the next decade than we have in this one.