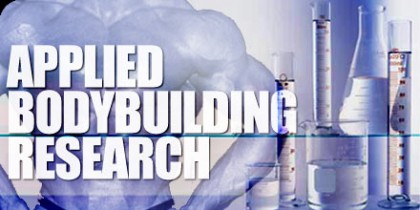 There are numerous hormones that bodybuilders have come to know in their journey to become more massive and ripped. While hormones, ghrelin and leptin, may not impact a physique in the same way that anabolic androgenic steroids, human growth hormone, and IGF-1 do, every bodybuilder should be familiar with these two hormones, especially when attempting to get into peak physical condition.

Ghrelin is a hormone that is responsible for regulating hunger. It is a fairly new discovery by scientists. First being reported in 1999, this peptide helps to regulate the distribution and use of energy in the human body. Ghrelin is produced by ghrelin cells, which are found in the stomach, lungs, pancreas, gonads, adrenal cortex, and kidneys.

Leptin, on the other hand, is responsible for feeling full. This hormone is produced by fat cells and helps regulate the amount of fat cells that are stored in the body.

When the stomach is empty, ghrelin is released, and when food is eaten, ghrelin secretion stops and leptin secretion begins. Leptin and ghrelin receptors are located in the same brain cells. These two hormones participate in the complex process of energy homeostasis by sending hunger and satiety signals.

Crash diets involve extreme calorie cutting, and these types of diets have become very popular in today’s society. What generally occurs when these diets are used is that weight is lost due to an extreme calorie deficit. When calorie intake returns to normal, the weight is packed back on. This has been labeled as the “Yo-Yo” diet effect. When these kinds of diets are used, ghrelin is dramatically increased and leptin is decreased. The imbalance of these hormones will remain this way for some time after the diet is discontinued. The body reacts as though it went through a starvation period while dieting, which in fact it does. Because of this, the body will produce more ghrelin and less leptin long after the diet stops, in an attempt to protect itself against the possibility of future starvation period.

Everyone has a body fat set -point. This set-point is determined by a number of factors, but the most crucial one is the length of time a person spends at a certain body fat level. The longer a person sits at any body fat level is the set-point. The body fat set-point is the point the body feels as its natural level. A rise above or below this point will cause changes in hormone levels in an attempt to get back to the set-point. A person who has lost weight below their body fat set-point will have a lower metabolic rate than an individual at the same weight who is at their set-point; this is leptin mediated, and the lower the metabolic rate is a response meant to reduce energy expenditure and promote weight regain as a result of fat cells being shrunk below normal size. It has been suggested that the main role of leptin is to act as a starvation signal when levels are low, to help maintain fat stores for survival during times of starvation. Many crash diets mimic calorie intake that would occur during a time of starvation. The body reacts by lowering leptin and increasing ghrelin to regain any weight lost. This is why crash diets have such a high rate of failure.

Leptin is produced primarily in white fatty tissue, but it is also produced by brown fatty tissue, ovaries, skeletal muscle, stomach, bone marrow, pituitary, and the liver. This hormone acts on receptors in the brain, where it inhibits hunger by counteracting the effects of anandamide, another potent hunger promoter that binds to the same receptor as THC. Leptin also promotes the synthesis of a MSH, a hunger suppressant. This appetite inhibitor is long term, in contrast to the rapid inhibitor of hunger by cholecystokinin (CCK) and the slower suppression of hunger between meals mediated by PYY3-36. The absence of leptin leads to uncontrolled hunger and can result in obesity.

Factors that acutely affect leptin levels are also factors that influence other markers of inflammation such as testosterone, sleep, emotional stress, calorie restriction, and body fat levels. In both structure and function, leptin resembles IL-6 and is a member of the cytokine family. Leptin plays a role in stress response, and elevated leptin concentration levels are associated with elevated white blood cell counts.

A decline in levels of leptin change brain activity in areas involved in the regulatory, emotional, and cognitive control of appetite. Leptin deficiency causes a drop in thyroid activity and energy expenditure in an attempt to regulate leptin levels by an increase in body fat mass. The physical and mental changes associated with lowered leptin are reversed by administration of leptin. Leptin was first approved in the United States in 2014 for use in the treatment of leptin deficiency.

Ghrelin has been linked to inducing appetite. Levels of this hormone are the highest right before a meal and the lowest right after a meal. Injections of ghrelin in both humans and rats have been shown to increase food intake. This was shown to be dose-dependent. Ghrelin is not shown to increase meal size, only meal number. Leptin has shown to be the hormone responsible for meal size. Body weight is regulated through energy balance, the amount of calories taken in versus the amount of calories expended over an extended period of time. Studies show that ghrelin levels are related to this energy balance and weight. When an individual loses weight, ghrelin levels increase, which increases food consumption and weight gain. On the other hand, when an individual gains weight, ghrelin decreases. This shows that ghrelin works as a body weight regulator, keeping energy storage and body weight in check. At this time, ghrelin is not FDA approved for any indication. An anti-obesity vaccine has been developed in rodents and pigs that block the ghrelin receptor. The ghrelin receptor is involved in mediating a wide variety of biological effects including: glucose and lipid metabolism, stimulation of growth hormone release, protection of neuronal and cardiovascular cells, and regulation of immune function. Blocking the ghrelin receptor in humans may decrease hunger, but it could carry a list of side-effects due to other actions being blocked.

An analog of human leptin (myalept) was approved in the United States in early 2014 for leptin deficiency. This could be useful in the treatment of obesity and will most likely, eventually find its way into bodybuilding, in an attempt to make dieting easier. Many people fail when dieting because of the inability to balance ghrelin and leptin levels. When these hormones are controlled and balanced, dieting becomes much more tolerable and the rate of success increases dramatically.

Here are some steps to keep ghrelin and leptin in an optimal range:

GET ENOUGH SLEEP: Short durations of sleep are associated with high levels of ghrelin and obesity. Leptin levels are also decreased with sleep deprivation.

AVOID STRESS: Stress has been related to an increase in ghrelin circulation, which shows why many people have a harder time controlling their eating habits during times of high stress.

DO NOT STARVE YOURSELF: Consuming too few calories could be the most common influence on an imbalance of ghrelin and leptin when dieting. When calories are depleted, the body will attempt to protect itself against starvation by raising ghrelin and lowering leptin levels, leading to eventual overeating and weight gain.