Get Bigger, Stronger, and Leaner With Fish Oil 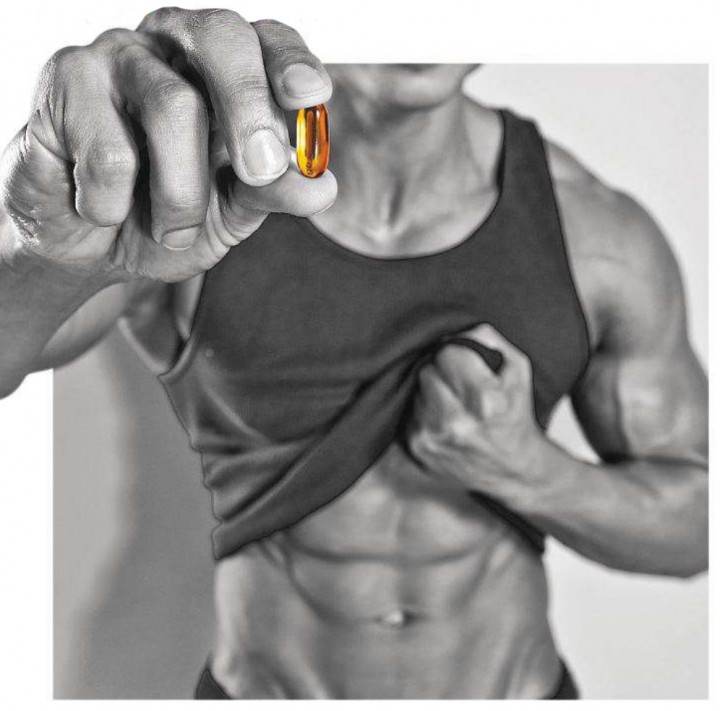 Protein and amino acid supplements work in the spotlight and are the superstars when it comes to muscle growth, but there is a supplement that works great behind the scene to increase strength, protein synthesis, and fat loss.

Fish oil contains omega-3 fatty acids, which are a group called essential fatty acids (EFAS.) They are considered essential because they cannot be synthesized in the body and must be taken in through food or supplements. It is important to consume an ideal ratio of omega-6 to omega-3 fatty acids. This ideal ratio is between 4:1 and 3:1. With the average Western diet, the ratio of omega-6 to omega-3 falls somewhere between 10:1 and 25:1. In a society where large amounts of beef is eaten and fish intake is low, many people are often deficient in omega-3s, which leaves them missing out on many of the benefits this essential fatty acid has to offer.

The human brain is almost 60% fat. We have learned in recent years that fatty acids are among the most crucial molecules that determine the brain’s ability to perform. It is also known that an imbalance in dietary intake of fatty acids is related to impaired brain performance and diseases. Omega-3s, particularly from fish oil, are very important for brain development during the fetal and postnatal period. In the brain, neuronal membranes contain phospholipid pools that are reservoirs for synthesizing specific lipid messengers on neuronal stimulation. When these phospholipid pools are saturated with eicosapentaenoic acid (EPA) and docosahexaenoic acid (DHA) from fish oil, there is an increase in overall brain and central nervous system health. This can increase intelligence, vision, and mood. The central nervous system (CNS) plays an important role in motor function in the human body. The CNS is a determining factor in muscular strength; whether it increases, decreases, or remains as is. When neuronal phospholipid membranes are saturated with EPA and DHA from fish oil, the CNS is able to perform at a higher level. This can allow for more strength, which allow for a progression in muscle stimulation, and an increase in muscular development.

A study was carried out to test whether or not fish oil supplementation could increase muscle protein synthesis. This study was conducted on subjects who were 65 and older. As people age, anabolic resistance can occur. With this condition, higher levels of amino acids need to be consumed to get the same response as younger people. The study showed that 8 weeks of fish oil supplementation lead to a significant increase in protein synthesis in response to amino acid/leucine administration.

A diet high in saturated fat causes insulin resistance. This creates an environment that promotes increased body fat deposition, Omega-3 fatty acids, in the form of fish oil, prevents insulin resistance, even when higher saturated fat is consumed. This results from the beneficial effect of fish oil on the plasma membrane, which allows for better transport to the cell interior. Fish oil has been shown to dramatically decrease insulin output, while increasing lipid oxidation (fat-burning.) High insulin levels cause fat to either be stored or to not be released as fuel. The fat-burning effects of fish oil are believed to be as a result of its ability to decrease insulin secretion.

Fish oil has been shown to have a positive impact on body composition by increasing protein synthesis, decreasing insulin output, and increasing strength through central nervous system health. It looks to benefit all cells throughout the body by enriching the plasma membrane. Anyone that has a desire to increase strength, muscle mass, and decrease body fat, should supplement with fish oil with a high EPA (2g) and DHA (1.5g) content daily.